The genius of this show is in the details. The fleeting looks. Microexpressions. Conversations that aren’t said out loud. Nora, like a cat, batting a vase off a table. When 355 shines her flashlight over Yorick, who is cowering behind a desk, she rolls her eyes. Kim’s phony smile vanishes the moment she moves her gaze away from 355. Jennifer’s face sags after successfully persuading a bereaved mother to return to work despite the fact that her own son is still alive.

To be fair to the original material, these intricacies constitute an X factor that no two-dimensional comics writer or artist could ever hope to achieve without wandering into inelegant, heavy-handed territory (which would defeat the purpose, anyway). They turn caricatures into complex human beings that we might love, admire, or despise for both what they say and what they don’t say.

Take Yorick’s wisecracks, for example. They’re amusing at times, but in a room full of ladies serious about keeping him safe and saving the planet, they come across as dark and useless, the stubborn sarcasm of a child refusing to realize that his life is no longer solely his own. (On the page, on the other hand, his zingers come off as punchlines, bolstering his relatability among a primarily male audience.) 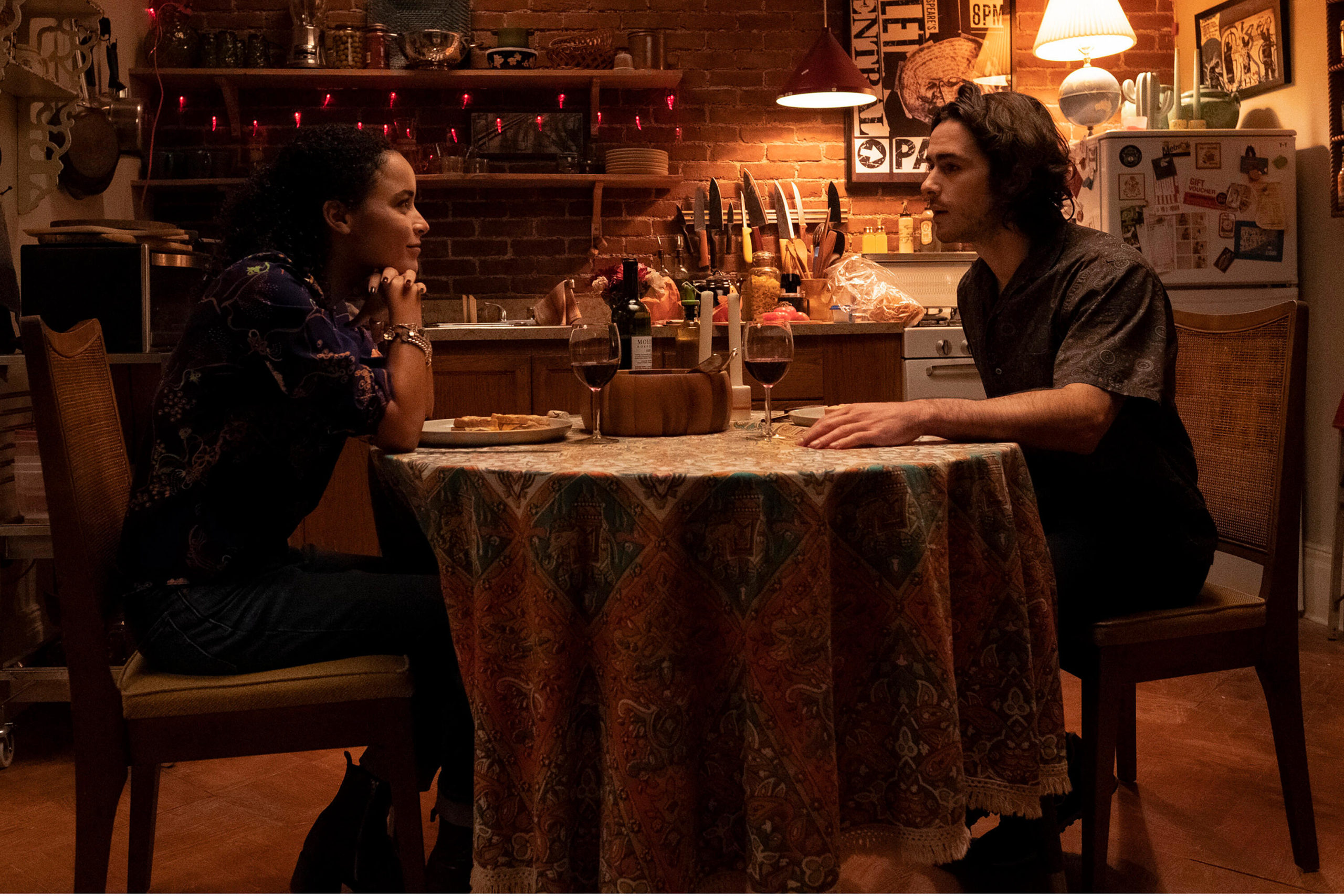 Simultaneously, it’s much simpler to perceive him as both an immature, entitled baby-man and a terribly insecure, genuinely pitiful man suffering from the world’s worst case of survivor’s guilt. He tells his mother and himself that he and Beth are engaged; it’s a terrible, life-saving lie, the only way he can make sense of the events of that night and his obsession with finding her. He realizes that he is ordinary, not a “bright person” like his mother, but he believes that his ordinary status absolves him of duty beyond his own desires. It’s the old defense of “I never wash laundry because I’m not good at it.”

As his existence becomes more difficult to ensure, this unpleasant combination of creative incapacity will almost likely become more toxic. It begins with his complete contempt for concealment, as he stalks Ampersand through the halls of the Pentagon late at night, completely maskless. When Jennifer and 355 manage to get away from their run-in with Marla Campbell (by gaslighting the frazzled woman), he takes out his terror, as well as some delayed sadness over his father, on both of them for not having taken away all the bodies yet. He even gorges himself on pasta to the point of puking, as if he’s a youngster who’s had his iPad taken away.

Meanwhile, 355, the undisputed queen of trouble, reigns supreme. She’s been so properly prepared for this type of operation that even the president is rendered speechless by her command of the situation. She sequesters, manipulates, bribes, and then cleanly disposes of the two pilots who flew them back from New York, all while keeping the number of people who know Yorick is alive to a manageable three. (Christine [Jess Salgueiro], Jennifer’s aide, is far too perceptive for her own good and detects her boss’s erratic behavior.)

At the same time, she’s juggling a few side assignments, such as persuading the president that keeping Yorick in the Pentagon is too dangerous and investigating experts who might be able to figure out why this guy and his monkey survived. Dr. Allison Mann, a brilliant, groundbreaking geneticist at Harvard whose unconventional methods — including seeking grant money from Saudi Arabia, a decidedly unkosher move that got her flagged and disqualified by the FBI — make her just enough of a loose cannon to avoid suspicion if she went dark in the scientific community. 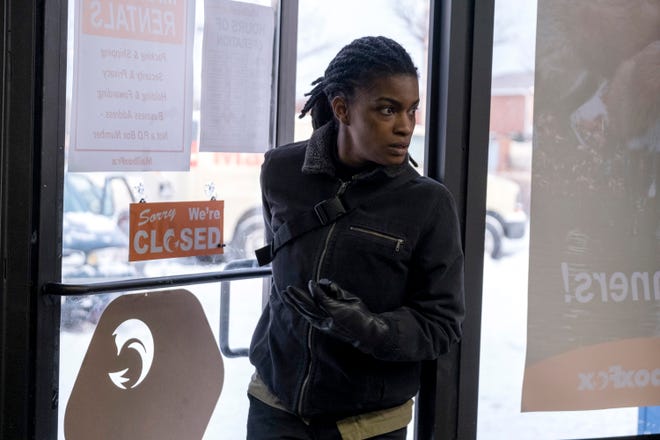 If that wasn’t enough, she also managed to break a man out of the Pentagon by convincing him to hide in a wagon full of bodies (an impressive feat in and of itself) and pretending as a vital worker in charge of corpse disposal. 355 is a brilliant character, especially onscreen, because she is so plainly James Bond while doggedly avoiding any evidence of definite identity. She urgently wants to be a ghost, but in this new universe, her extraordinary mind and unrivaled skill set generate a halo effect, allowing us to see her precisely in the negative space.

The wheels of power are turning at a macro level. Jennifer and her gang have successfully persuaded an engineer to assist them in restoring power to a flooded power station. Everyone in the room has agreed to unify against the impending menace of fringe zealot Regina “Brought My Gun to Spin Class” Oliver, who has been discovered alive and is constitutionally empowered to reclaim the presidency. What they haven’t taken into account, most likely, is Kimberly Campbell Cunningham’s soft power and deception.

Kim is developing into a tough foe. Her suspicion and disdain of Jennifer Brown have pushed her to insurrection, inciting rage among previously obedient military and political widows in an attempt to consolidate and grab power — or, more precisely, the power to exert power as she sees fit. Despite the functional extinction of undesired pregnancy, she dismisses Jennifer’s lone Republican woman in her temporary cabinet for being pro-choice.

Nonetheless, she has managed to ingratiate herself with innumerable women around the Pentagon through flattery and manipulation, resulting in receiving news about Regina Oliver from a Secret Service member before even the president is briefed. Later, she subtly threatens Jennifer by monologuing on how “motivated” she is by women’s delight in their men for achievements that are “so low it’s on the floor.”

But examine this woman’s upbringing for a second. I don’t think Kim has ever had an independent thought that wasn’t poisoned by or exploited in someone else’s Machiavellian scheme. She is the embodiment of the party line: a smart woman who has methodically distorted her entire life into a living doctrine; a man’s weapon with no real interest in governance. Her only genuine view is that male authority is necessary.

She’s left operating on the edge of a deep canyon of pure, pointless anguish, trying to deny its existence without that platform to fuel her achievement. She cries for effect, using everyone else’s anguish as well as her own to pursue an agenda with no actual value other than power. It’s a terrible situation. The scariest aspect is that it actually works.

Meanwhile, a perfectly good Campbell woman is out there, aimlessly walking the streets. Kim’s doppelgänger, former president’s adviser Nora Brady, is all job and no politics. (Despite working for a conservative president, she appears to be more of a Ninja Turtle than a Democrat or Republican.) She chose a life on the sidelines in the Before Times, becoming indispensable to those who took her for granted. Now, all the powerful women in the world — whether at the Pentagon or in the local soccer carpool — are thriving without her. (Would you bet that Nora’s mantra as a teen was “I’m not like other girls?”) 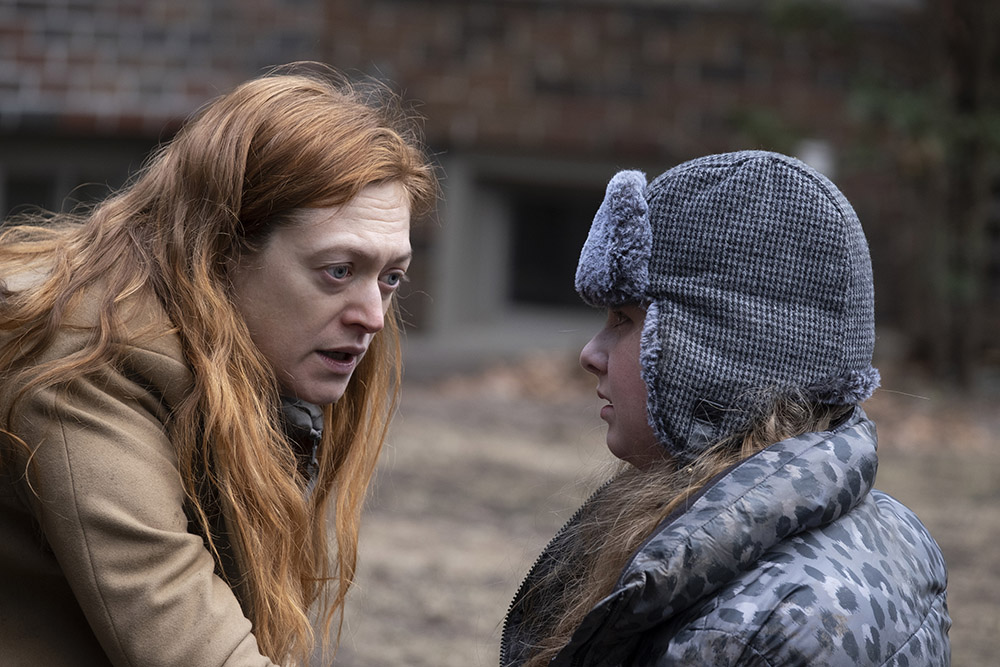 The only task she has left is to raise her tween daughter Mackenzie, whom she hardly knows and clearly sees as a burden, especially after Mack injures her leg trying to fend off birds pecking at her father and brother’s bodies. Motherhood was just another to-do list for her before the Event; now, she’s like all those stay-at-home moms she loathed, only she’s so out of touch with her child that she’s still shamelessly lying to her, attempting to hide her from the apparent reality of their new nightmare life. A skilled workaholic who is left flapping in the wind with nothing but bitterness and simmering, ambient wrath isn’t just a valuable asset who has been squandered – it’s a valuable asset who has been squandered.

The Tools in “The Sandman”: Helm, Ruby, and Sand