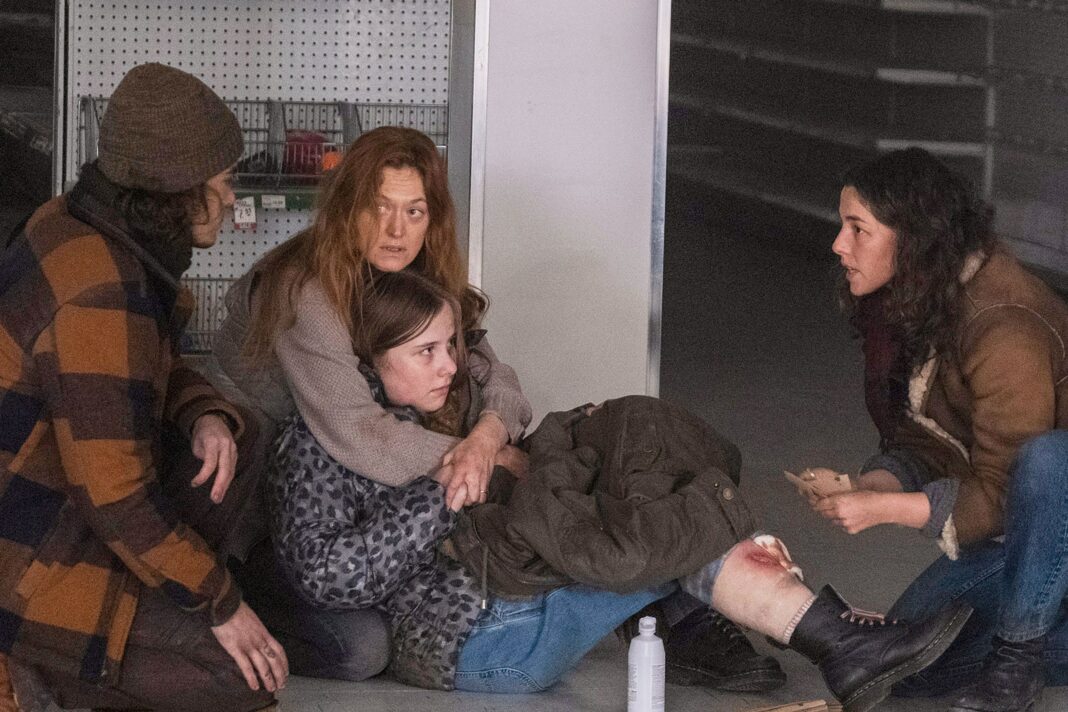 Both sides of the same fuckup coin are the Brown siblings. They both realize this to some extent; Hero doesn’t exactly defend herself when Yorick calls her a hypocrite for criticizing his decisions in the premiere. Yorick pretends to be an (escape) artist, while Hero is hell-bent on independence even if it means self-immolation, and they both cosplay at everyday lives in denial of how simple their affluent, powerful parents have made it for them to do so. Before the Event, these twin strains of toxic privilege were relatively benign; like every other affluent kid, they were just side-effects of the fundamental problem, red flags to be ignored in the wild.

However, in the post-Y world, Yorick and Hero’s fatal defects have overflowed, blooming into two unique strains of poison that are both potentially harmful to everyone around them.

Yorick’s, at the very least, stands out as much as he does in a society devoid of cis guys. This assignment, in of itself, would have been rather simple for 355, if it hadn’t been for her charge’s arrogant, unrelenting entitlement. He’s still viewing his Beth videos (on an apparently immortal phone battery) and bombarding 355 with probing questions, like a five-year-old on a family car trip. Simultaneously, she is attempting to keep them alive by limiting their food, dismantling helicopter components for sale, and physically doing his laundry in a nearby creek. (He even has the audacity to voice his displeasure with that final one.)

He’s so laid-back that he abandons the campsite to pee while 355 is away, letting two ladies saunter in and steal their tents. He then pulls another Amp-and-the-subway act when he thinks he sees Beth among the crowd at a nearby soccer stadium’s covered market; giving 355 the slip to follow her, he never considers that, if it had been Beth, she would have turned around at the sound of his voice constantly yelling her name.

After rescuing him on her new motorcycle (for the cheap, low price of a generator and a hand grenade) when he dares to demand they return to get his phone, 355 finally unleashes the verbal assault he’s been planning since, oh, maybe birth.

“I don’t owe you shit!” she screams. (And the crowd at home goes wild!) “From the goddamned day you were born, the whole world told you you’re the most important thing in it! You think you can fuck around all you want with no consequences! An entire life of just being given shit! Like, I don’t know, the benefit of the fucking doubt? You can just walk into any room, take it for granted. And now that you actually are the most important person in the room, you could give a shit!”

When you’re too terrified to actually accuse her of a double homicide, retorts about your bodyguard “going full fucking Rambo” don’t hit quite as hard. It’s only thanks to 355 that they’re still on speaking terms.

Hero’s poison, on the other hand, is far more subtle and hence far more terrible. For one thing, it’s classic addict behavior: she may have vowed to reconnect with her mother for Sam’s sake, but she’ll go to any length, including sabotaging an unexpected boon like a functional car full of gas, to make sure that promise is as difficult to keep as possible.

She’s a seasoned mean girl who knows how to take advantage of Sam’s flaws to achieve this; his stress and loneliness are opportunities to get him too worked up, to mock what he values, to curry ill-gotten reassurance about her lover and victim, and even to seduce him when all else fails to keep him in line. (To be fair, Sam is also a quintessential facilitator.) In an unconscious effort to evade the knowledge that he’s self-sabotaging in her name, he fabricates explanations for her sleazy behavior left and right. But, given how vulnerable he is right now, he gets a pass for the time being.) 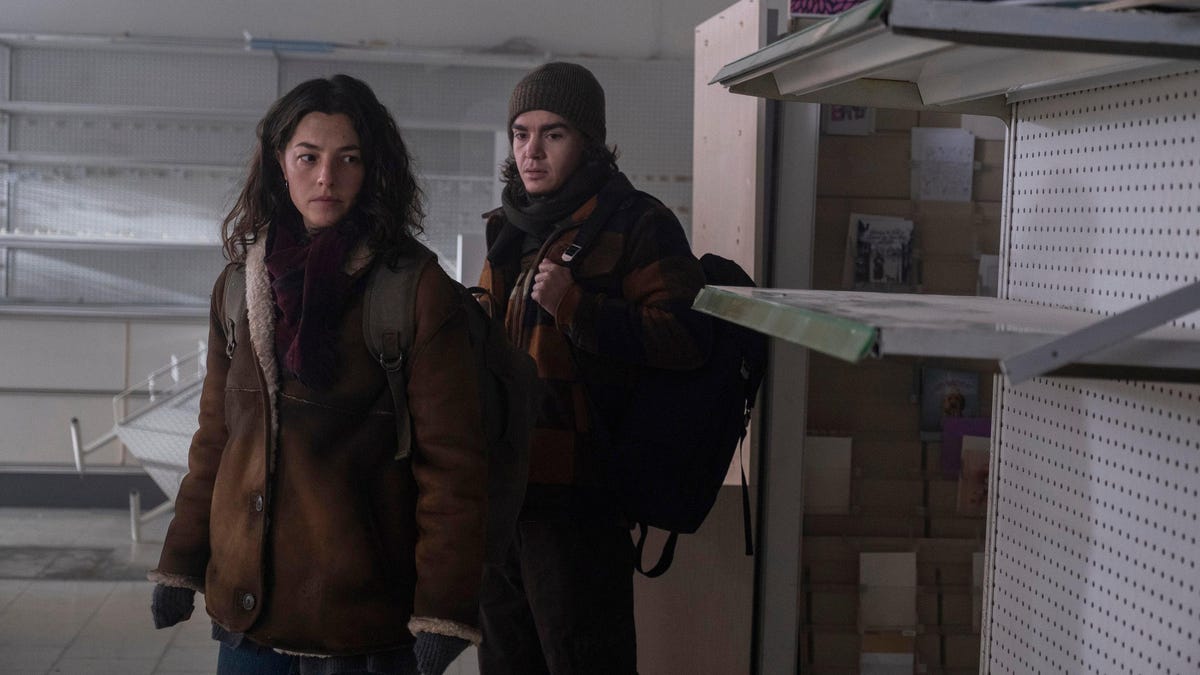 In this episode, though, both Brown siblings show a glimpse of possibility, should they be able to overcome their wicked instincts. Hero, despite her vindictive, destructive nature, is a natural healer who remains calm under pressure. Mack’s EMT expertise kicks in when they find her hiding in a drugstore; in a matter of seconds, she’s talked the girl into letting her examine her leg injury and, with the help of Sam, not only neutralized but also deputized her scared mother.

When the former occupants of the St. Anne’s ladies shelter come to discover them squatting and demand she heal their injured comrade, she is able to enter into that headspace (one she no certainly learned from her mother). She’s also a smart thinker: while it makes sense to believe Nora’s narrative about being a doctor at first, she quickly tells their leader, Roxanne, that she’s only an EMT. It’s as if she immediately understands how important honesty is to this terrible woman. When Roxanne offers them to remain at their tiny Costco Jonestown while Mack heals, her efforts, however self-centered, prove lifesaving for the entire group. 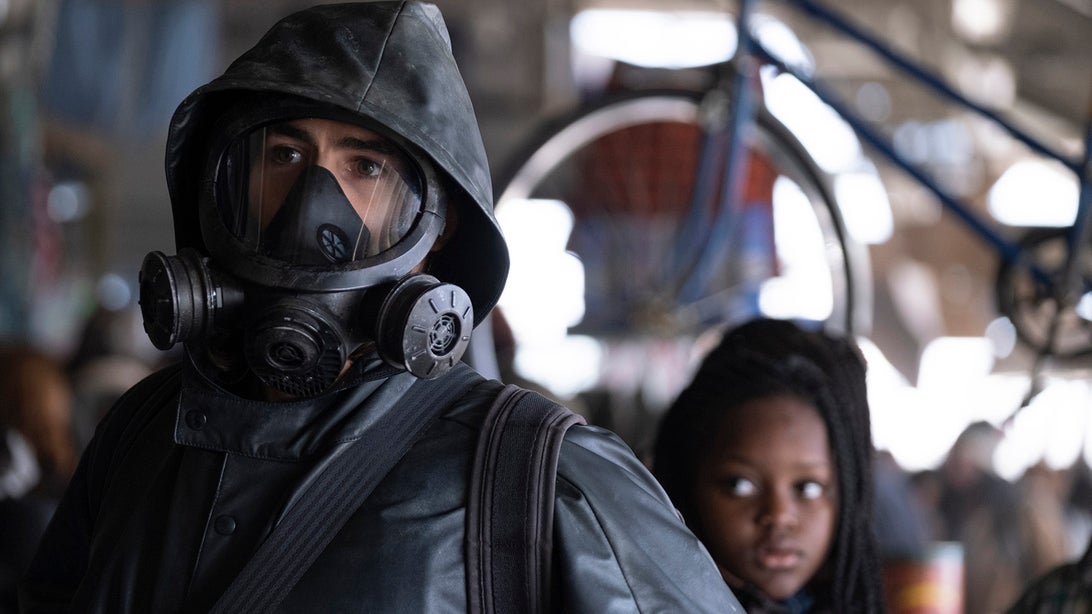 And Yorick, well, whenever he decides to take something seriously, he has his family’s aptitude for being clear-headed and quick-thinking. He successfully frightens the scavengers at the campsite without exposing his identity, and his later plan to masquerade as a trans guy in quest of T when caught by the statie widows was creative if failed. As she navigates her post-Culper Ring identity, his desire to dissuade 355 from killing people may prove to be an asset. (Yes, the bar for a man’s redemption remains on the floor even now.)

Both he and Hero have cocooned their self-awareness in a cocoon of self-loathing, but both have the possibility for true actualization if they just stop wallowing and get with the program.