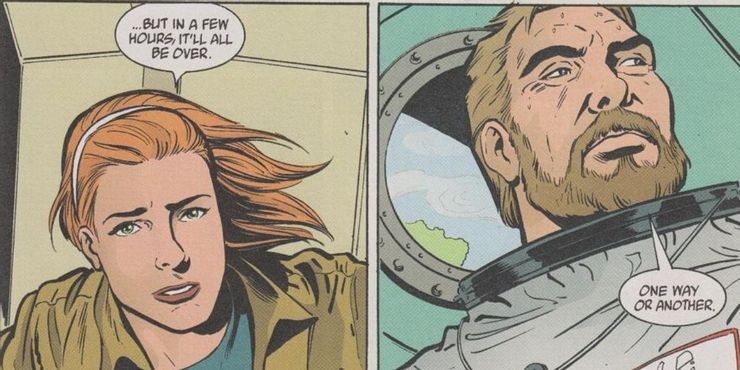 Ashley Romans, star of “Y: The Last Man”, talks about how she hopes the show would continue in its second season, including the astronauts’ tale and the larger global scale that would come from going to Paris, as portrayed in the comics. “Y: The Last Man” is based on the comic book series of the same name, and it takes place in a post-apocalyptic world where every mammal with a Y chromosome is murdered by a cataclysmic catastrophe, except for Yorick, the titular last man, who traverses the new globe. The show has been in production since 2015 when it was picked up by FX on Hulu.

The show aired its final episode on FX on Hulu before being abruptly terminated after only seven episodes. The extended production cycle, which has been delayed by repeated showrunner and cast changes, as well as delays caused by the COVID-19 epidemic, are regarded unprecedented for such a high-profile network. FX was also required to pay $3 million to extend the performers’ contracts, which it declined to do, resulting in the series’ cancellation. Eliza Clark, the showrunner, expressed hope that the series may be picked up for a second season by another network.

Ashley Romans, who play Yorick’s bodyguard Agent 355, spoke with i09 about season 2’s potential narrative lines and where she wants the series to go. She discusses the cast’s trip to a post-apocalyptic Paris, which will expand the series’ scale and scope by examining how the disaster affected the entire world. She’d also like to see a comic about two astronauts with Y chromosomes returning to Earth. Here’s the rest of the quote:

Maybe the astronauts? I’m excited to see how they visualize that. And also, Paris. That whole time in Paris. I want to see how global we get because we’re going to get pretty global.

There is currently no information on when or if the show will return. The show has received a lot of positive feedback, with horror novelist Stephen King encouraging its revival. FX has stated that the decision was made solely for financial reasons, not because of low viewership. However, with such a long production cycle and huge expectations, the abrupt cancellation can’t help but disappoint the fans.

Post-apocalyptic dramas were already an abundant genre in the escapism scene. In recent years, the gloomy yet hopeful approach to storytelling has exploded in popularity, with many people finding solace in the fact that kindness and hope will still exist when civilization crumbles. Viewers found refuge in “Y: The Last Man’s” progressive perspective of storytelling through the female gaze, an unfortunate rarity in media that will hopefully help the program find a new home if and when it returns for a second season.