It’s no surprise that Brian K. Vaughan and Pia Guerra’s comics series “Y: The Last Man” was picked up for a TV adaptation, given the dramatic increase in page-to-screen adaptations over the last decade. It offers an immediately enticing hook: What happens when every man on the planet save one suddenly dies? There’s a lot of drama in it: Yorick, the sole surviving guy, meets an infinite sequence of women who want to murder him, exploit him, or have sex with him as he travels around the world. It also contains enough content to sustain a long-running series: The comic book adaptation of the narrative spanned 60 issues, spanning decades and continents.

After a series of false starts and crew changes, showrunner Eliza Clark (Animal Kingdom) was tapped to manage the show, and she could potentially turn it into a never-ending series, with Yorick wandering the world while the newly expanded and updated cast around him tells their own complicated stories about women vying for power or security in the new world. Clark, on the other hand, says her dream show would be more modest and regulated.

“Five or six seasons is what I’m thinking,” she tells Polygon. “Without giving anything away, the comic is a great template, but the show will have its own twists and turns. Generally speaking, I feel like television is best at about five seasons.”

The six episodes made available to critics tell a story that begins just before the disaster and initially focuses on the weeks afterward in the United States: who takes control and who wants it, and who Yorick (Ben Schnetzer) and his sister Hero (Olivia Thirlby) meet as they adjust to their new normal. Clark, on the other hand, claims that her wider ambition for the series will include some of the comic’s scale.

“I definitely do [want the big time jumps],” she says. “I think that’s part of what’s so fun about the book, is that it gives you the opportunity to play with time, play with genre. I love the way Brian drops you into the world, and you have to figure out where you are. But I felt like the first season needed to be about who the characters were, and what they had become. I felt like sticking with them was important, so the audience could see those changes.” 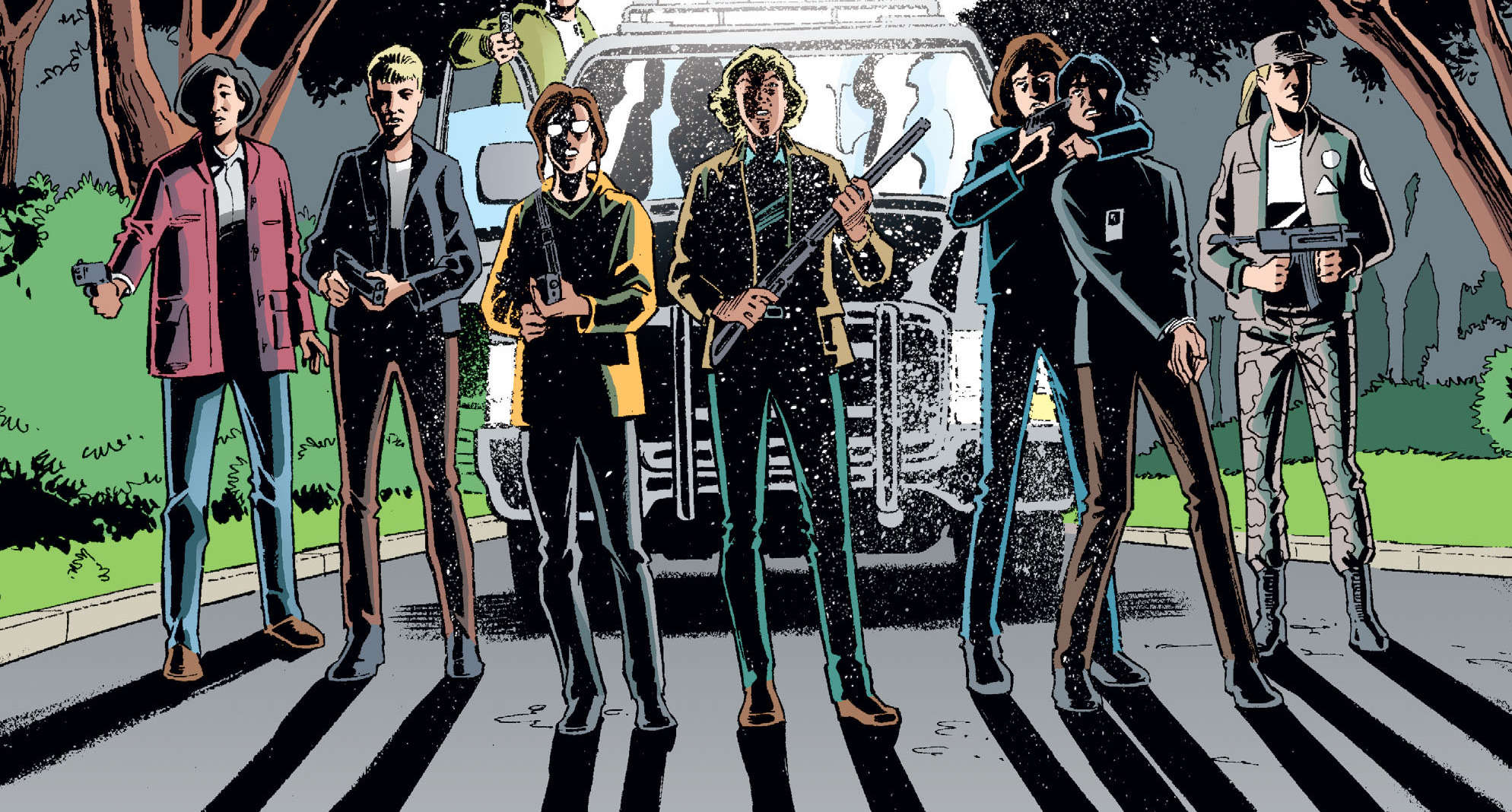 Readers of the comics will notice significant changes in the tale, most of which stem from the story’s shift away from a gender-essentialist worldview. The female characters are given more depth and complexity in the show. The treatment of trans men is more inclusive and empathetic. The focus of the novel is on American politics, not merely the extrajudicial power struggle.

“I was so interested in getting past that binary way of thinking,” Clark says. “I never wanted the story to feel like ‘Women are from Mars and men are from Venus.’ People are just so much more interesting than that, and the way women treat each other is really interesting to me. And the relationships women have to other women are fraught and complicated, and romantic, and beautiful.”

Fans of the comic have been particularly interested in seeing how the show handles Yorick’s capuchin monkey buddy, Ampersand, who is the only other known male to survive in the new world. Ampersand was portrayed by a real monkey in an unaired version of the pilot episode, but the version viewers will see onscreen is purely CGI. Clark was first concerned about having to rely on digital fabrication.

“The show has a very naturalistic, cinematic style,” she says. “You’re really close to people’s faces, and you’re seeing their skin, you’re seeing the roots of their hair, you’re seeing sweat dripping down their faces. So if suddenly there’s a cartoon monkey, like, no thank you! But we have an amazing visual-effects supervisor, and the people who made the monkey at ILM are amazing. I think the monkey looks incredible, and so real, and it means that Ben doesn’t have to do scenes with an animal where he can’t show his teeth, because that could get him in trouble. I think the CG solves a lot. The monkey is expensive, and I care deeply about him as a character, and making him look good. So it’s one of the challenges of the show, but I think it’s gonna work out.”