A cinematic version of “Y: The Last Man” could have gone horribly wrong in a number of ways. The idea of Brian K. Vaughan and Pia Guerra’s acclaimed comic sounds perfect for the Golden Age of television in theory (or at least in studio pitch meeting format): What would happen if every man on Earth suddenly died, except for one guy? Take, for example, The Handmaid’s Tale. It’s such a hit that the studio decided to add three more seasons to the story after the events of the book! Former President Barack Obama has endorsed Naomi Alderman’s feminist dystopia, The Power!

But what about the original text? The material of 2002–2008 comic… well, should we say, hits different in 2021, as any reader who has just gone back for a reread knows all too well. When a man considers the question, “What if men vanished?” the outcomes are more likely to be “What if a bumbling 20-something white guy suddenly became the most influential person on the planet?” (It’s worth noting that many ladies were the ones who accomplished it first.)

In a nutshell, the comic depicts a world without Y chromosomes from the viewpoint of a male, and not the protagonists. It has just about every derogatory word, joke, or depiction you can think of for the marginalized. No one is left unexploited: gays, transgenders, Blacks, Indigenous peoples, disabled people, Muslims, Palestinians, sex workers — except, paradoxically, the one group the premise implies is worth critiquing: cishet men. Of course, it’s highly gendered essentialist. It titillates queer female libido, fridges women left and right, and indicates that the world would be just as horrible, if not worse, without men.

So it’s a bit of a miracle (especially given the show’s shaky development history) that we now have a show that does backflips around its thorny source material. “Y: The Last Man“ is a sophisticated, gender-expansive reboot in which people still feel and operate in the absence of Y chromosomes, with a woman at the helm (Eliza Clark) and a writers’ room and director slate absolutely devoid of men (at least for the six episodes sent to critics). 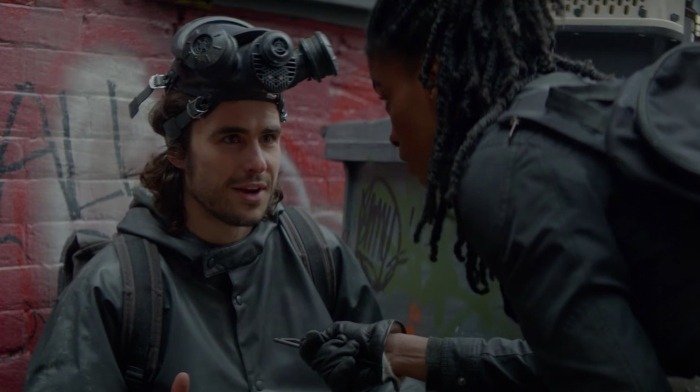 We meet everyone a couple of days before the Event in this version. Yorick Brown (Ben Schnetzer), the titular last man, was once a funny, square-jawed ne’er-do-well who is now an all-too-recognizable, bad-Tinder-date unhappy boy whose rich parents still pay his Brooklyn rent. He’s an “escape artist” who just lost his lone student to a magic camp and has a pet capuchin named Ampersand in a tiny cat carrier (in the comics, he’s supposed to be training Amp as a service animal). Yorick, like so many scruffy trustafarians before him, believes everything will work out in the end for him.

A conversation with Yorick’s sister, Hero (Olivia Thirlby), reveals that he has spent his entire budget on an expensive engagement ring for a girlfriend who clearly has one foot out the door. He can’t comprehend why his love, a grad student called Beth, wouldn’t want him to accompany her to Australia for an academic program, let alone forego professional chances to make their relationship his only objective in life.

(Isn’t it true that every upwardly mobile lady with an unemployed partner wants to hear, “You’re all I’ve ever wanted?”) She adds, “You’ll be bored, and you’ll blame me,” only to be proven correct 15 seconds later when he calls her an asshole for not recognizing his sacrifices for her. Beth doesn’t return once she walks out. And when every other man dies the next morning, Yorick is free to dismiss her disappearance as a fateful blunder and devote the rest of the series to searching down a woman who may or may not wish to be discovered by him.

Not that his sister isn’t a shambles as well. Hero Brown, an alcoholic EMT who attends court-ordered AA meetings and sleeps in the back of their ambulance with her boss, is equally adept at making life decisions. She also takes for granted her blessings, such as her tumultuous friendship with Sam (Elliot Fletcher), who accompanies her to meetings in selfless solidarity. (As a trans man, Sam is about to be thrown into a whole new taste of misery with the Y chromosome’s unexpected disappearance.)

But, while Yorick appears to be the only man spared in this extinction-level event, his sister is spared from a manslaughter charge when she accidentally kills said boss, a married new father, in a heated argument over his failure to come clean to his wife — mere hours before he would have bled out anyway. (I’m not sure if the AA manual has anything about how to deal with getting away with murder.)

When you learn that Yorick and Hero’s mother is a congressman, you can understand their problems a lot more. Representative Jennifer Brown (Diane Lane) completes the Brown family lottery triumvirate (or losers, depending on how you look at it). Lane’s Jennifer is half Pelosi, half “the Squad,” wielding pink Women’s March-style power suits and press savvy to undercut the smarmy, old-school-conservative President Campbell on topics like internet hate speech in the press.

Jennifer Brown’s reputation is on the rocks on the eve of the Event, as Campbell only halfheartedly considered her for his cabinet. (Despite referring to Gamergate and racial nationalism, the show’s main flaw thus far is that it’s Washington feels oddly moderate, seemingly oblivious to the Trump era’s horrors.) Her marriage is on the verge of falling apart (context clues suggest that she worked too much, he cheated, they separated). When Campbell and her own daughter, Kimberly Campbell Cunningham (Amber Tamblyn), run into each other at the First Lady’s birthday party at the W Hotel, the latter is passive-aggressively underlined by Campbell’s own daughter, Kimberly Campbell Cunningham (Amber Tamblyn).

But the next day, she finds herself on top when a meeting with the president and the joint chiefs turns gory when every male in the room erupts and dies at the same time. Representative Brown is now President Brown, as she is the highest-ranking woman in the room, and any other prominent women in the administration have gone missing.

Others, however, do not fare so well: Kimberly Tamblyn, a pitch-perfect Meghan McCain type, begins as a Republican First Daughter and mother who publishes sanctimonious books about cancel culture and how physical autonomy is violent oppression of her sons’ ability to pluck the hair of their female classmates. The Event destroys not only her family but also everything she has built her identity on patriarchy. Nora, another of President Campbell’s assistants, has also lost her position of authority, despite the fact that her life prior to the Event consisted primarily of serving an unfulfilling procession of incompetent, arrogant males.

The story’s true MVP, the woman is known only as Agent 355, maybe the unluckiest of all (Ashley Romans). 355 is a terrifyingly talented ghost assassin who works for the Culper Band, a super-secret, no-longer-black-ops ring whose duty it is to suffocate domestic terrorism schemes in the cradle. Both her male handler and the only person in government who knows her position exists — POTUS himself — are erased off the board the day after she’s “promoted” to a long-term undercover mission with the Secret Service addressing a “serious danger” to the president. She’s now simply a phantom, wandering the halls of the Pentagon as “Agent Sarah Burgin,” an operator without a mission. 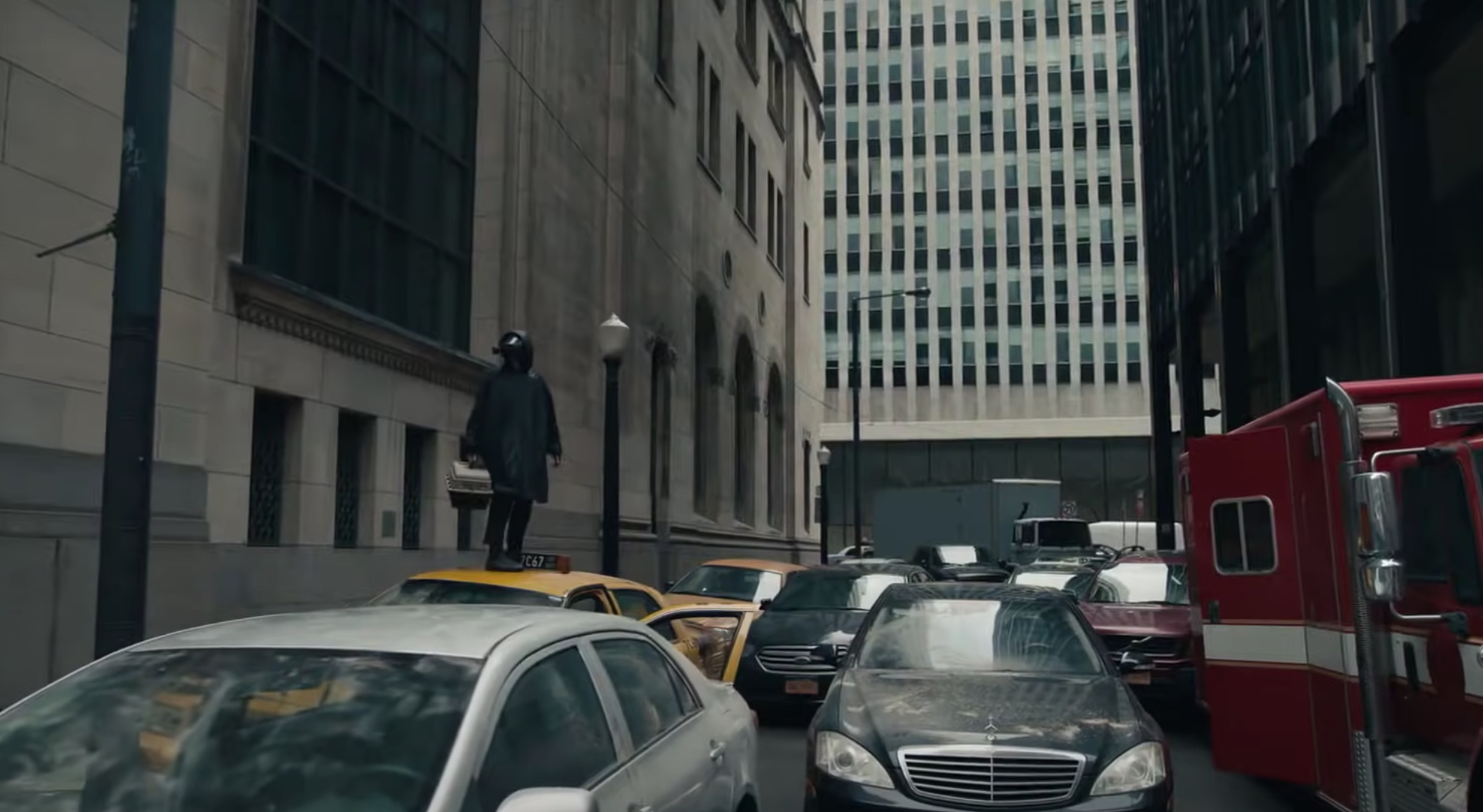 These individual backstories enable this show to accomplish something the comic never really attempted: they assist to convey the uniquely fucked-up sorrow of witnessing people die in mass. Individuals, even members of your own family. Your tormentors are included in this group. (Even if they aren’t males.) The comic tries to push this tragedy on us right away, with an unnamed female cop shooting herself in the head with her sidearm, unable to contemplate a world without men.

But the nightmare is slower and more upsetting onscreen, and I don’t think it’s an accident that this shift comes from a group of producers who all have a stake in the outcome. The show takes its time before plunging into the icy depths of dread that this subject needs. Nora finds her own husband and son dead in their bed, while Jennifer and 355 witnesses the fall of the seat of power. Hero runs through the body-filled streets, already in shock from her crime of passion, while moms scream for help, tiny girls look dead-eyed from crushed cars, and planes literally fall from the sky. It’s anarchy, but not in the sense of a sleek, macho action film. You can finally feel it this time.