The new FX on Hulu series “Y: The Last Man” is a lot of fun since it plays out all the ramifications of its particular interpretation of the apocalypse.

When confronted with the alien environment of “Y: The Last Man,” it’s understandable that viewers will seek out any familiarity they can find among the actors. They could observe, for example, that Yorick’s sister Hero is played by actress Olivia Thirlby, who rose to fame as an independent star but has subsequently starred in a number of films (and sudden apocalypses, for that matter). 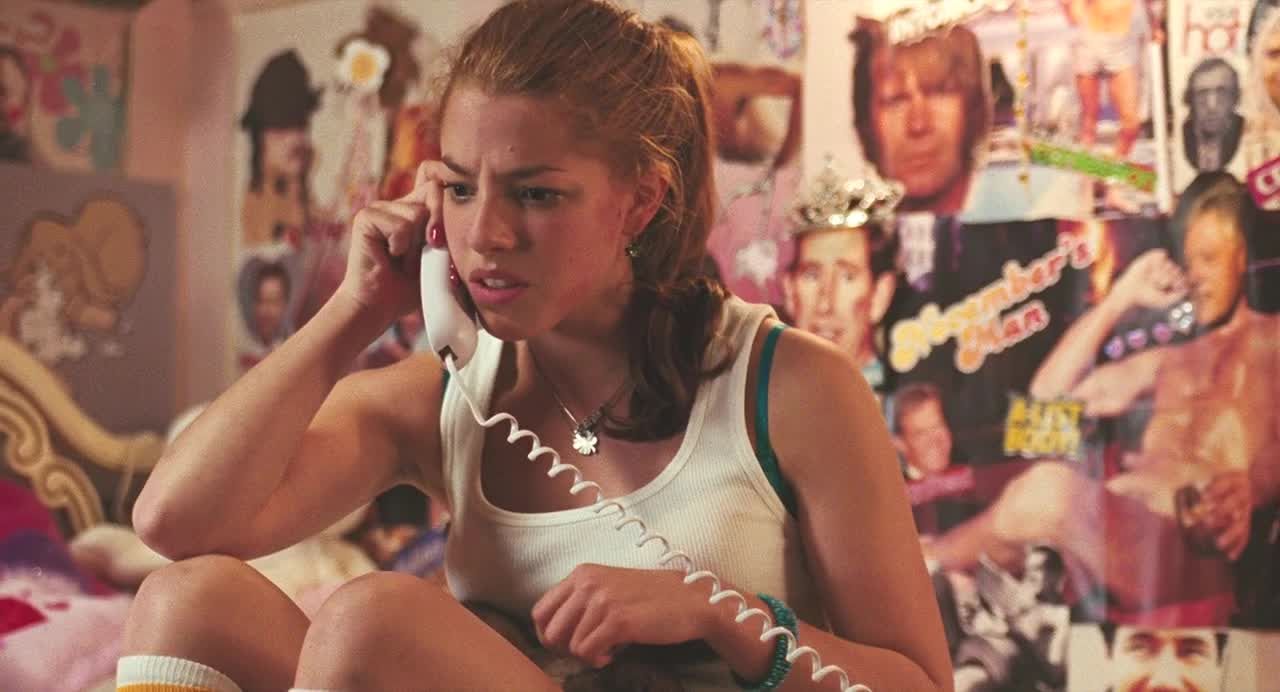 Olivia Thirlby got her big break in 2007’s “Juno,” a film about an adolescent dealing with the aftermath of an unexpected pregnancy that became one of the most talked-about breakout hits of the decade. She portrayed Leah, Juno’s (Elliot Page) cheerleader best friend who is there for her throughout her pregnancy, delivery, and adoption process.

Though it wasn’t Thirlby’s first role – she had a small role in Paul Greengrass’ 9/11 film “United 93” and a larger one in the drama “Snow Angels,” which premiered at Sundance in 2007 but wasn’t released in theaters until after “Juno” in 2008 – there’s no doubt that “Juno” was the film that catapulted her career to new heights, just as it did for Page. “Juno” was a critical and economic triumph, earning Cody an Academy Award for Best Original Screenplay and the Independent Spirit Award for Best Feature, and turning just about everyone involved into hot properties.

Olivia Thirlby in The Wackness 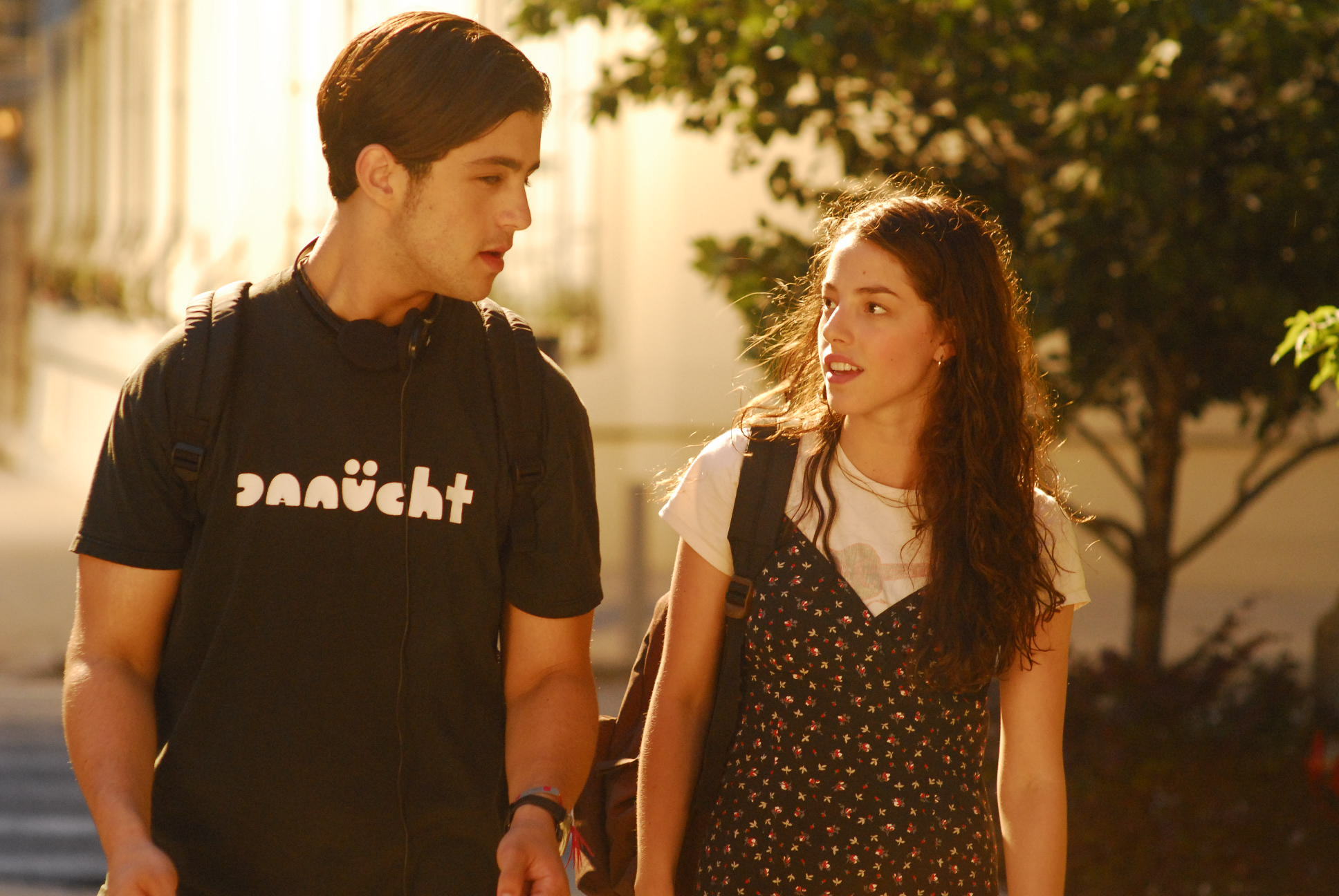 Steph is the stepdaughter of psychiatrist Jeffrey Squires (Ben Kingsley) and a classmate of Luke (Josh Peck), who is stuck in New York City during the summer of 1994 peddling marijuana. The two form a friendship, which Luke hopes to expand into a relationship, but as he draws closer to her and her stepfather, his heart is wounded.

Thirlby claimed in an interview that getting into character for “The Wackness” was simply because she grew up in New York City and knew people who looked a lot like the characters on screen (via The Guardian).

“I knew as soon as I read the script that I’d be really perfect for it. I sort of ended up playing Stephanie as myself. That’s actually really me.”

Or, at the very least, a version of herself who wasn’t studying acting as much, as she told the New York Daily News.

“I didn’t have an incredibly active social life as a teenager. I always wished it was a little bit more exciting than it was.”

Olivia Thirlby in The Darkest Hour 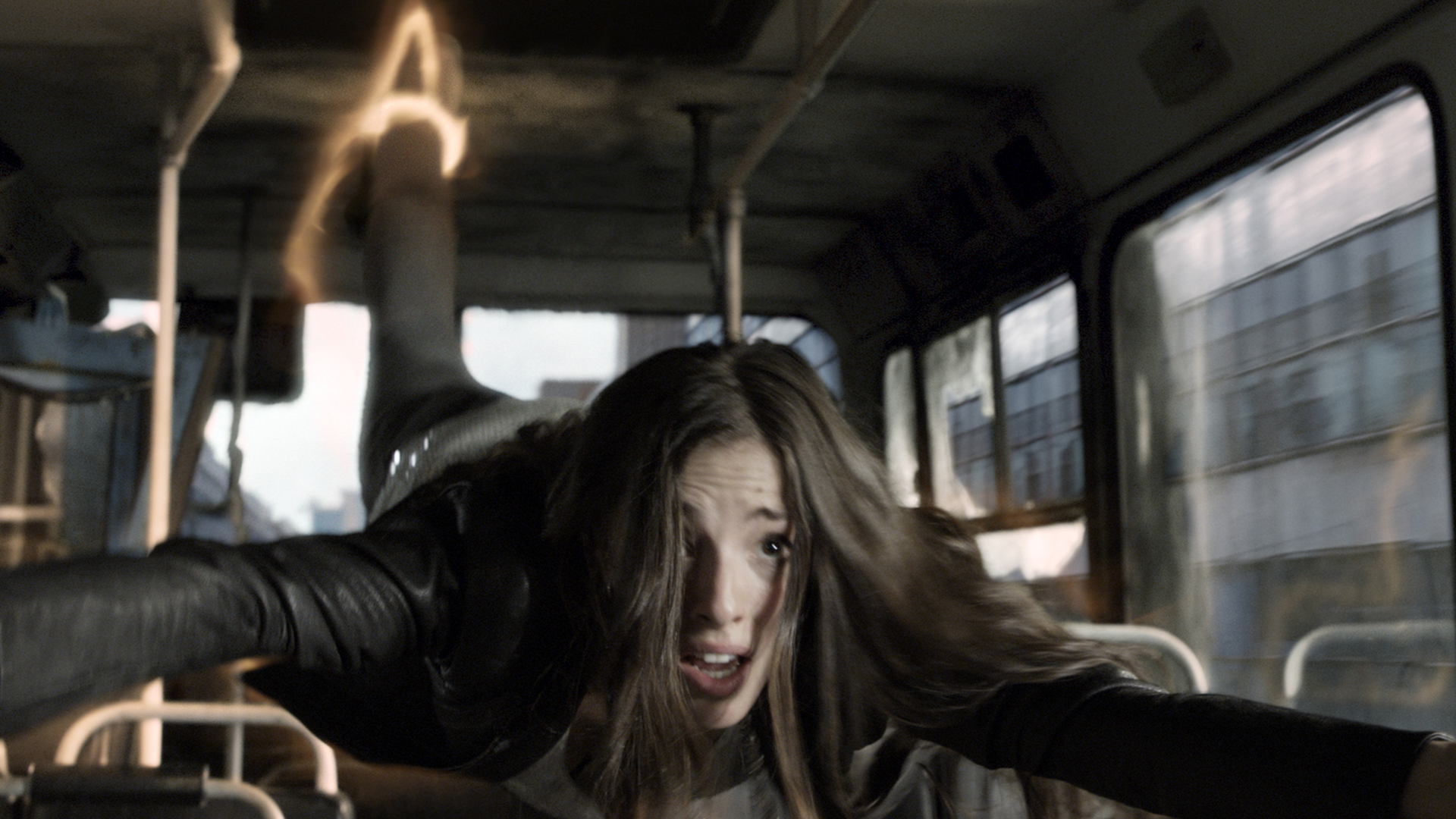 First and foremost, this is not “Darkest Hour,” the 2017 Second World War drama in which Gary Oldman won an Academy Award for Best Actor for his portrayal of Winston Churchill in his early days as Prime Minister. This is a scene from “The Darkest Hour,” a 2011 science fiction film about a group of Americans left in Moscow following an alien invasion. Natalie is played by Olivia Thirlby, and she navigates the aftermath of the invasion with a small group that includes Sean (Emile Hirsch), Ben (Max Minghella), and Anne (Olivia Thirlby) (Rachael Taylor).

It was Thirlby’s first major step into a different genre of film. Prior to 2011, she had almost exclusively worked on independent films, which she said fit her vision of what she wanted her career to be.

“I’m not opposed to doing a larger film. I’m cautious about it though,” she said in an interview after the release of “The Wackness” (via The Guardian). She didn’t want to make something that was going to turn out poorly, she said.

However, everyone makes a bad film at some point. Things don’t always turn out the way you want them to. You may simply require financial assistance at times. “The Darkest Hour,” on the other hand, was a particularly poor choice. It received a 25% audience score from over 25,000 ratings on Rotten Tomatoes, and only 12% on Rotten Tomatoes. (There’s no word on how many of those people mistook Gary Oldman for Gary Oldman.) In a review that panned the acting, directing and special effects, Time Out wrote, “There’s literally nothing here that works.” 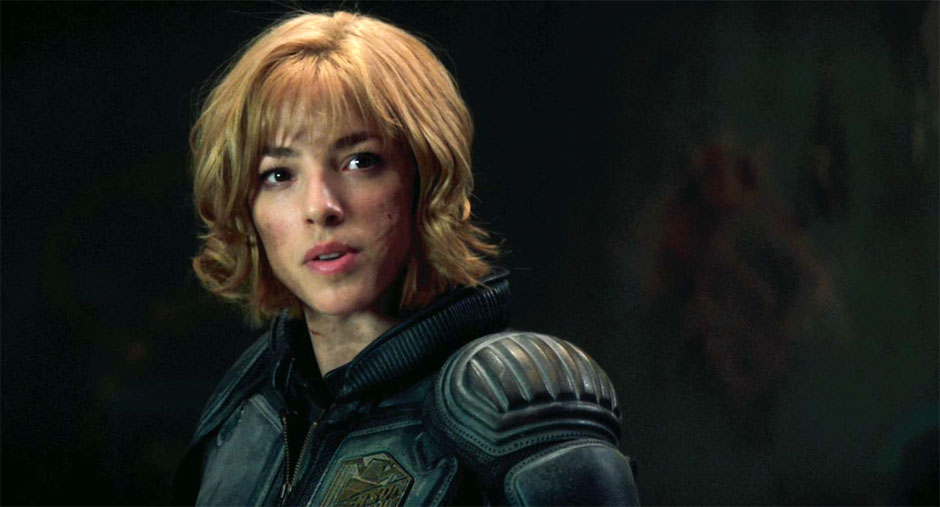 Olivia Thirlby’s big-screen career rebounded the next year, although not with a mega-hit, but with the critically acclaimed cult classic “Dredd.”

Thirlby plays Cassandra Anderson, a potential Judge who has the ability to psychically feel the thoughts of people, in the film. Dredd (Karl Urban) is evaluating her to determine if she has what it takes to be a judge, so she joins him on his visit to the Peach Trees slum building, where they are investigating the criminal overlord and drug maker Ma-Ma (Lena Headey). To get to the building’s boss, the two must fight their way up the building.

Dredd, directed by Pete Travis and written by future “Ex Machina” and “Annihilation” director Alex Garland, was known for its ferocity, pushing the bounds even of its R-rating. Thirlby said the project drew her in because of the stark nature of the violence. “The script looked to me to be an unusual action story because it was all about people and characters and wasn’t shiny or gorgeous. It was bleak and ruthless.” Anderson’s naivety in that cruel world – she doesn’t even get to wear a Judge’s helmet for the majority of the film – is the film’s one glimmer of hope. 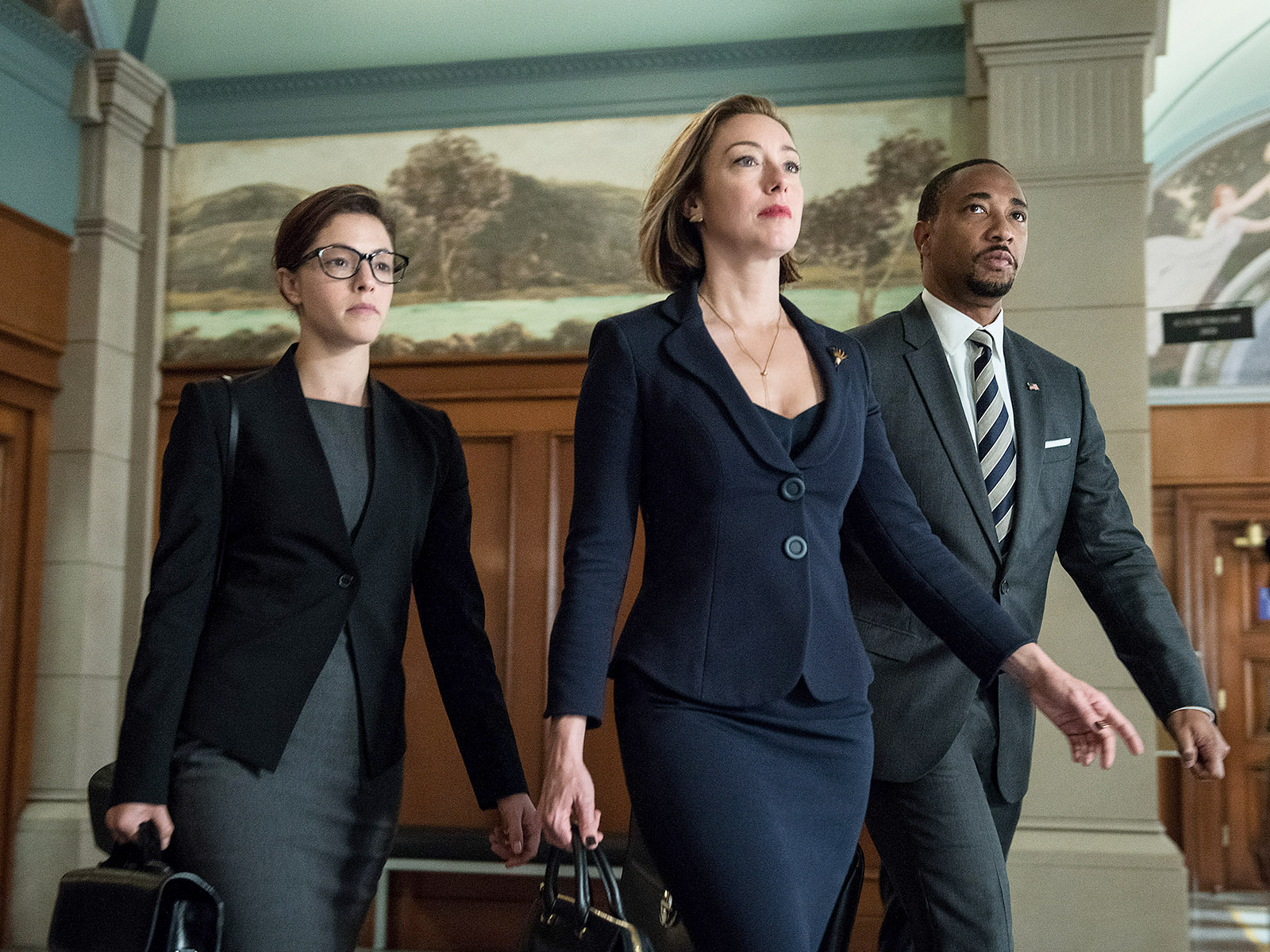 Olivia Thirlby starred as a young, ambitious associate in the first season of Amazon’s underappreciated legal thriller “Goliath” in 2016. Lucy Kittridge, her character, is a struggling attorney at the prestigious California legal firm Cooperman McBride who suffers from a stammer that makes her ineffective in court. She gains confidence, though, when her reclusive boss Donald Cooperman (William Hurt) exhibits faith in her and exploits his control over her to start a relationship with her. This places her on the legal team in a case pitting the firm against Billy McBride (Billy Bob Thornton), the firm’s former founding partner, who is defending a family in a wrongful death action against Borns Technology, a major corporation and Cooperman McBride client.

Thirlby said at the show’s premiere that she was drawn to the project not only because of the cast’s talent – she mentioned Thornton and Hurt – but also because of showrunner and legal drama guru David E. Kelley’s involvement. Kelley is the creator of “The Practice,” “Boston Legal,” “Ally McBeal,” and many other shows.