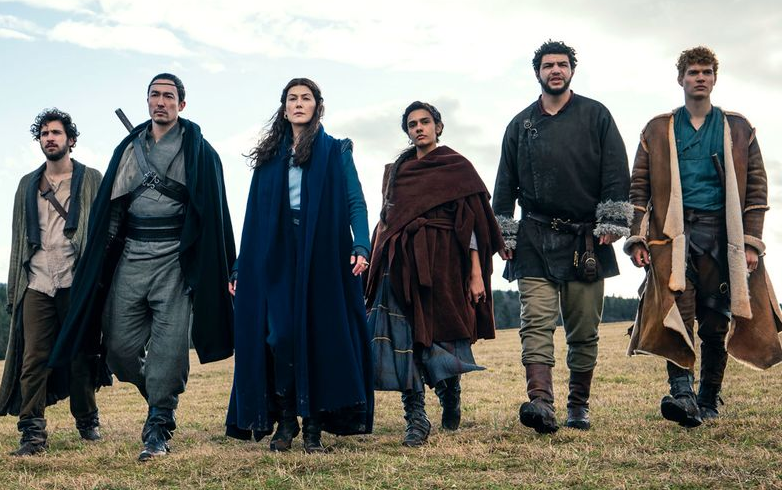 The showrunner for Amazon’s upcoming The Wheel of Time series, Rafe Judkins, has revealed why the show’s key characters are older than their book equivalents. The Wheel of Time, based on Robert Jordan’s epic fantasy book, is a massive narrative that spans thirteen enormous tomes and is one of the best-selling fantasy series since J.R.R. Tolkien’s Lord of the Rings. While Jordan died before finishing his series, owing to the extensive notes he had written previous to his death, Brandon Sanderson, a fellow author, and admirer of the series were able to come in and finish the remaining two books.

Filming began in 2019 after a contract was reached with Amazon to distribute the series exclusively through their Prime Video streaming service. With the first season now slated to debut in November, Amazon has released the first look pictures, which depict a significantly older quintet of key characters than fans would have imagined. When a fan asked Judkins on Twitter why Barney Harris’s Matrim “Mat” Cauthon was sporting a beard in the new photos, the showrunner responded, “We aged up the Emond’s Field Five from the books because sometimes TV shows with a bunch of 17-year-olds as leads feel more like YA and Wheel of Time isn’t YA.” See the original Tweets below:

While Jordan fans may be puzzled by the choice to age up the show’s characters from their appearances in the original The Eye of the World novel, this isn’t the first time a TV adaptation has changed the source material to suit the demands of the medium. In 2015, the Syfy channel similarly aged Quentin Coldwater and the main characters of The Magicians, which was based on Lev Grossman’s fantasy novels, and one only needs to speak with fans of George R.R. Martin to learn about the numerous changes Game of Thrones made to his Song of Ice and Fire books. While it is virtually impossible for any adaptation to be completely true to the source material, the question is whether such modifications assist or harm the end result.

With HBO now in the midst of developing their own Game of Thrones prequel series, and Netflix having great success with both The Witcher and Shadow and Bones adaptations, fantasy fans will be eager to see how successfully Amazon delivers on The Wheel of Time’s enormous promise. The fact that the streamer has already approved a second season before the show has even aired suggests that they are confident in the new show’s ability to deliver. The Wheel of Time, from Amazon, will be available on Prime Video in November of this year.