“Wait a Minute, Succession Is Real!”: CNN’s Long-Awaited Murdoch Saga Is Finally Getting Its Network Debut 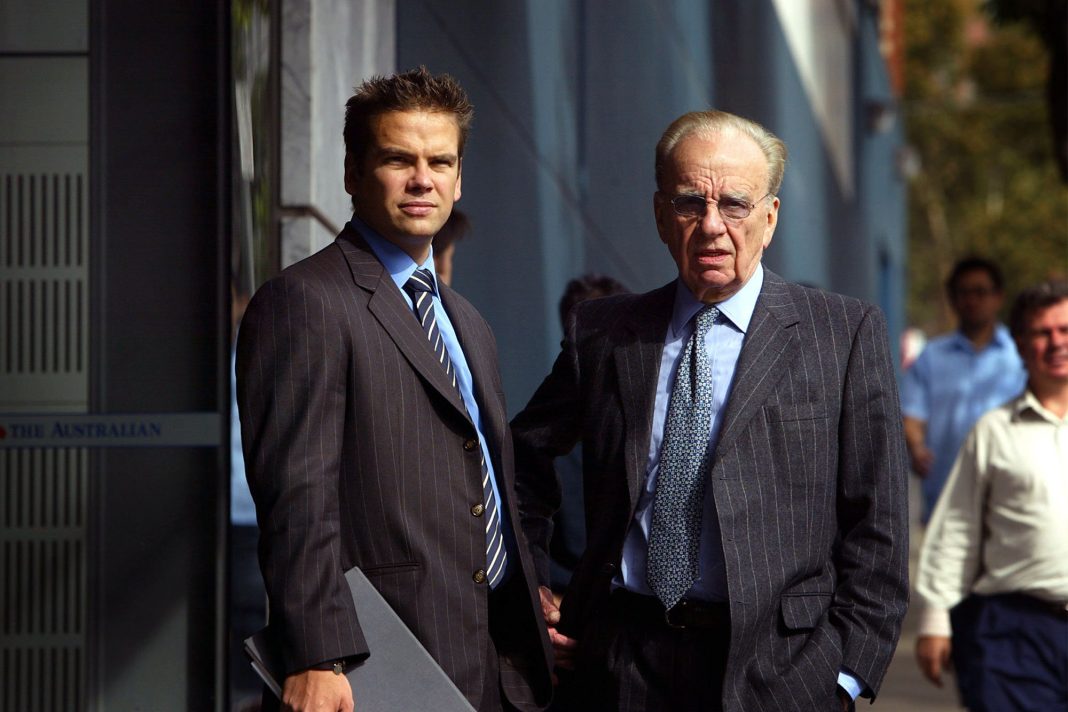 On the afternoon of Thursday, April 21, Jim Rutenberg’s voice beamed across Fresh Air with Terry Gross, a holy grail of media promotion, where he was appearing to discuss The Murdochs: Empire of Influence. The ambitious documentary series, based on Rutenberg and Jonathan Mahler’s 2019 New York Times Magazine opus about the Murdoch family, had just debuted on CNN+, a brand-new streaming service created by the original 24-hour cable news network. But there was a problem, and it was an awkward one—that same day, CNN’s new bosses at Warner Bros. Discovery announced that CNN+ would shut down on April 30, less than a month after its much-ballyhooed debut, which made Rutenberg’s Fresh Air segment a bit of a moot point.

After CNN+’s spectacular implosion, Empire of Influence and the rest of the platform’s programming was put on hold while the brass figured out what to do with it. Rutenberg and Mahler, who worked closely on the series as consulting producers, sat tight waiting to hear about next steps. But as Warner Bros. Discovery began retooling CNN for the post–Jeff Zucker era, under the direction of new CEO Chris Licht, ominous speculation began to swirl.

The narrative that quickly took hold in the media suggested the company wanted to move CNN closer to the center—away from the righteous diatribes that had come to define it during the Trump years, and back to more of a dispassionate, just-the-facts-ma’am presentation of the day’s news. On-air personalities seen as emblematic of the former approach were suddenly said to be on the chopping block. (Two such figures, Brian Stelter and John Harwood, would exit in the months to come.) And the specter of Warner Bros. Discovery shareholder John Malone loomed large. It was Malone, a libertarian cable pioneer and mentor to WBD chief David Zaslav, who had thoroughly unsettled CNN’s journalistic corps with a now infamous appearance on CNBC, speaking somewhat derisively of CNN while lauding his preferred network, Fox News—which, of course, is controlled by Rupert and Lachlan Murdoch. Would there be a home in this recalibrated, supposedly Malone-infused CNN for a heat-seeking Murdoch documentary, one that portrays Fox News critically and was based on a magazine feature that didn’t go over so well in Murdoch world? The conspiratorial whispers grew loud enough that Rutenberg and Mahler—who by early summer still hadn’t received word about a new air date—got a tip from a plugged-in journalist abroad who’d heard that WBD was going to make the series disappear.

In the end, the rumor-mongering turned out to be just that. After its ill-timed and little-seen streaming blip, Empire of Influence will finally get a proper liftoff this Sunday, when it premieres at 9 p.m. on CNN with the first and second episodes. It arrives at a moment of tumult for the Murdochs—albeit moderate tumult—between Dominion Voting Systems’ $1.7 billion defamation suit against Fox News; Lachlan’s adjacent legal tiff with the news website Crikey in the Murdochs’ native Australia; and Rupert’s still-fresh divorce from Jerry Hall. That all seems like child’s play compared to the utterly biblical scandals this family has weathered over the years. “The thing about the Murdochs,” Rutenberg said when I caught up with him and Mahler ahead of the premiere, “is that things are always a little hot for them.”

Over the course of seven episodes clocking in at one hour a piece (counting the commercials), Empire of Influence is a history course in Murdoch controversies. There was the kidnapping and murder of Muriel McKay, mistaken for Rupert’s second wife, Anna Murdoch, in 1969; the 1986 Wapping print-worker strike at Murdoch’s London newspaper operation; the sexual harassment investigations that brought a screeching halt to the careers of longtime Fox News chief Roger Ailes and network phenomenon Bill O’Reilly; and most epically, the great phone-hacking upheaval that reshaped Murdoch’s global media apparatus more than a decade ago.

For those of us who devoured the phone-hacking saga in real time like a serialized newspaper thriller, episode five is a juicy stroll down memory lane: Rebekah Brooks, Andy Coulson, the notorious “for Neville” email that landed James Murdoch in hot water (but which he maintains he wasn’t made aware of at the time), the ignominious end of News of the World, and last but not least, the shaving-cream pie toss heard ’round the world. Repentant former News of the World editor Greg Miskiw (who died last year) appears on camera lamenting his role as one of the first journalists at the tabloid to traffic in the dark arts of illegally accessing people’s voicemails via private detectives. And new reporting in the episode from Rutenberg and Mahler explores the extent to which Elisabeth Murdoch—then recently back in the family business through the sale of her production company, Shine—apparently petitioned her father to fire James, whose wife, Kathryn Murdoch, called upon their mother to intervene. “She’s fuming,” Rutenberg says of Elisabeth into the camera, “because in her mind, everything she built is now on the line.” (Elisabeth has denied that she encouraged James’s firing.) As Mahler describes phone hacking for viewers, “It is like a stick of dynamite that has exploded inside the family.”

Crises aside, this is a series about empire building, narrated by a who’s who of Murdoch kremlinologists and media stars. (In addition to Rutenberg and Mahler, you’ll hear from Roger Stone, Maggie Haberman, Maury Povich, Alisyn Camerota, Gretchen Carlson, Andrew Ross Sorkin, Alex Wagner, Sarah Ellison, David Folkenflik, Matthew Belloni, Brian Stelter, Abby Phillip, Kim Masters, Emily Bell, Alan Rusbridger, Vanity Fair editor in chief Radhika Jones, and many others.) Empire of Influence charts Rupert Murdoch’s rise from his origins as the proprietor of a single Australian tabloid, to his legacy as the most consequential, power-wielding global media mogul the world has ever seen, and perhaps ever will. It’s also the real-life documentary version of Succession, replete with sibling rivalry, parental backstabbing, a menacing new-classical soundtrack, and yachts galore, starting with a cinematic opening scene depicting the life-threatening fall that Murdoch took while relieving himself during a cruise through the Caribbean one night in January 2018.

Previous article“There’s No Way to Brush It to the Side”: CNN Insists January 6 Coverage Won’t Be Sidelined Under New Regime
Next articleKim Kardashian Embraces ’60s Pin-Up Style in Milan