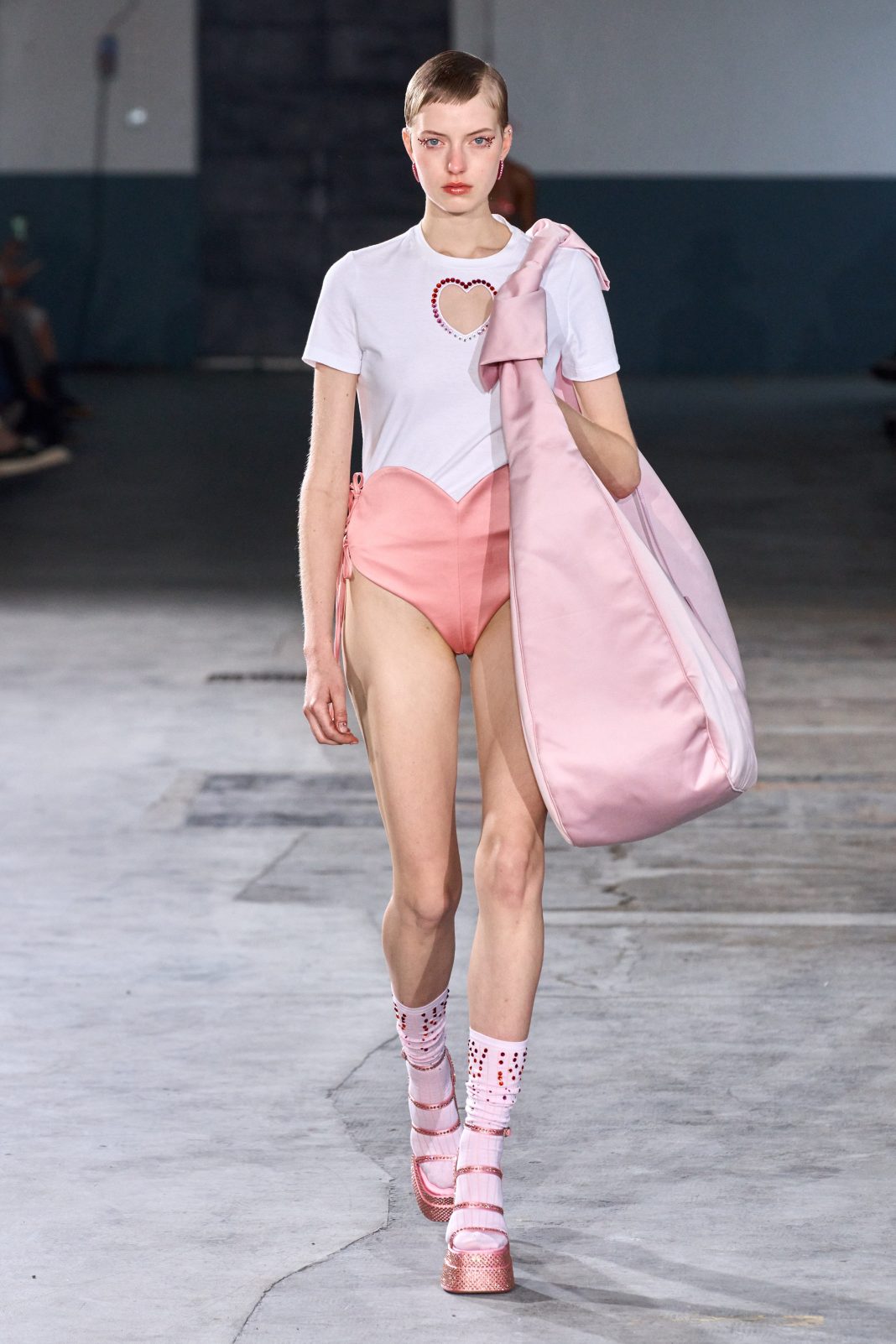 Vivetta Ponti knows that to talk about Lolita, today more than usual, she has to arm herself with irony. For the complicated world where the young women who might wear her clothes live, that cute, graceful and naive style might seem out of time without a touch of surrealism. Surrealism it is, then. “From the hand-neck blouse onward, I do not tire of playful femininity,” said the designer.

The garment Ponti referred to has become a kind of icon of her style, something every creative aspires to, especially in the early days. Here the classic collar was transformed into two hands with lacquered nails in the gesture of fastening the first button. “I always repurpose it, obviously with different cuts and variations,” she said. Around that classic was a collection dedicated to violets, early spring flowers here made of die-cut fabric and applied to skirts that followed the construction of classic mini models with pockets, but here made of powder-colored chiffon. Then there was the “shirt that escapes,” as the designer called it, in poplin with chiffon inserts creating a breakaway effect on the sleeves. There were also skirts printed with the file name of the image sent in for processing and, a gigantic handbag and a wide-brimmed hat with laser-cut eye holes.

Hearts were everywhere: on the front of microscopic skirts, acting as pasties on micro bras, playing peekaboo on a midriff-baring shirt. You could see the influence of the Y2K aesthetic, with low-waisted jeans often studded with crystals, and shoes that look like candy. The show was staged in a bare, industrial space, underscoring a move away from the cliché of hyper femininity. And to seek the evolution of that iconic collar.