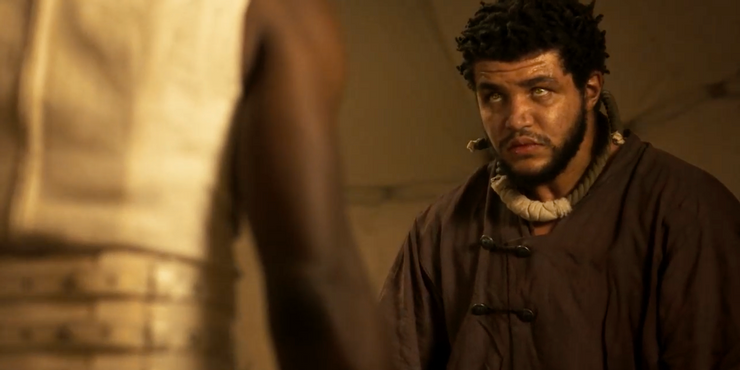 The appearance of the wolfpack in “The Wheel of Time” episode 5 and Perrin Aybara’s yellow eyes have huge ramifications for his story in the show; here are his wolf powers described. The importance of the wolves has yet to be explained in Amazon’s TV version of Robert Jordan’s Wheel of Time series. Nonetheless, it’s evident that these creatures are crucial to what happens next for actor Marcus Rutherford’s character, and that Perrin has some sort of relationship with and even control over them.

Since a weird meeting in the woods in episode 2, a pack of wolves with mystery intents has been in Perrin’s orbit. When one of them licked his wound, it instantly prompted suspicions about their role in the show. The wolves chased Perrin and Egwene al Vere (Madeleine Madden) into a desert region but avoided direct contact for reasons Perrin and Egwene didn’t understand; afterward, Egwene commented that it was almost as if the animals had led them to a well-traveled wagon trail. In the fifth episode of “The Wheel of Time”, the wolves are directly involved in the storyline by attacking the Children of the Light. Perrin demonstrated tremendous strength and his eyes quickly turned yellow, much to the surprise of Eamon Valda (Abdul Salis). Valda had assumed that Egwene was the one with the abilities, but it now appears that both characters have them.

What’s going on with Perrin in Amazon’s “Wheel of Time” show can’t be explained by the One Power, unlike Egwene’s condition. Perrin is unique in a whole distinct manner. The Eye of the World, the first book in the series, explained what his golden eyes mean and how he differs from the other Two Rivers characters. Here’s why Perrin’s eyes went yellow in the fifth episode of “The Wheel of Time”, and what it signifies for Perrin’s future.

In “The Wheel Of Time” Perrin Is A Wolfbrother

Perrin is referred to by the wolves as a “Wolfbrother” in The Eye of the World. Wolfbrothers are humans that have the extremely rare ability to converse with wolves through telepathy. When a Wolfbrother comes into the region, wolves in the vicinity are naturally drawn to him. The Wolfbrother’s eyes turn yellow shortly after their psychic connection with wolves begins to grow, and this is their most distinguishing characteristic. Wolfbrothers are considered pack members by the wolves and are treated as such. When the Whitecloak Questioner began torturing Perrin, this is what prompted the wolves to act. They telepathically realized Perrin was in grave danger and raced to his rescue. 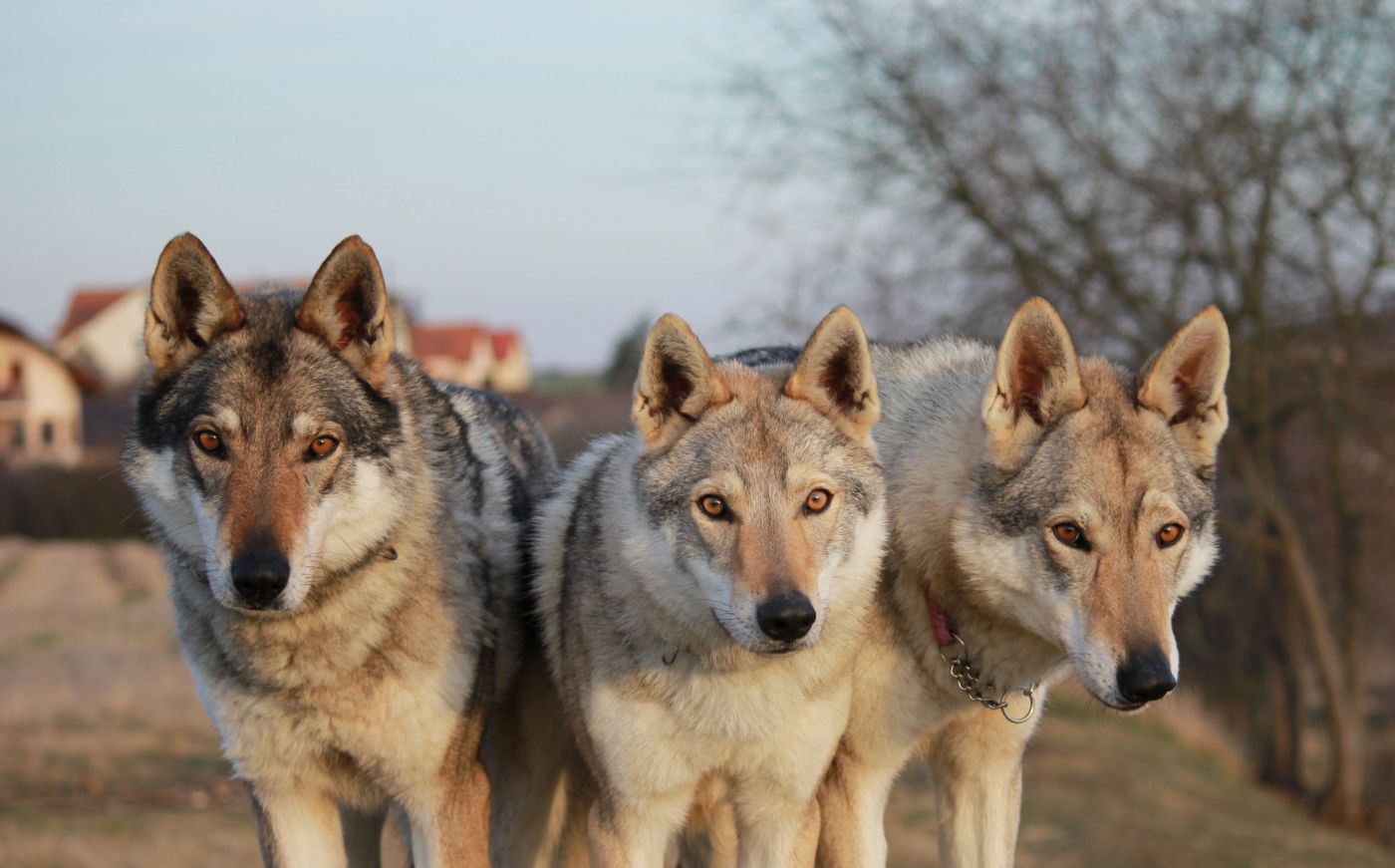 Perrin is so attuned to wolves as a Wolfbrother that his telepathic communication range spans many miles in the “Wheel of Time” books. All of the wolves in his immediate vicinity are linked to his thoughts, allowing him to know exactly how many there are and where they are. Furthermore, being a Wolfbrother has a lot of advantages, one of which being substantially increased vision. Perrin’s vision in the dark is significantly superior to that of the average person. Wolfbrothers also have a keen sense of smell. The fact that Perrin (and the wolves) can sense emotions is what makes that ability so unique. They can detect fear, insanity, and fury, among other emotions. And, while Egwene’s magic did cut through the cords that bound Perrin, the scenario implied that he might have another wolf power that wasn’t mentioned in the books: superhuman strength.

Wolves and “The Wheel Of Time World”

The wolves in “The Wheel of Time” have their own civilization. Each of the wolves has its unique name, as Perrin will soon discover. They are also aware of numerous major concepts, such as the Dragon Reborn prophecy from “The Wheel of Time”, the One Power, the Aes Sedai, the Trollocs, and the Dark One. They regard the Dragon Reborn as a respected and formidable fighter known as the Shadowkiller. The wolves have dubbed his adversary, the Dark One, “Heartfang.” The Dark One and his Trolloc henchmen are despised by the wolves. The wolves’ immense knowledge in the world of the “Wheel of Time” can be traced, at least in part, to their position in the Pattern. Unlike humans, who die and are reincarnated without remembering who they were before, wolves remember every life they’ve lived. 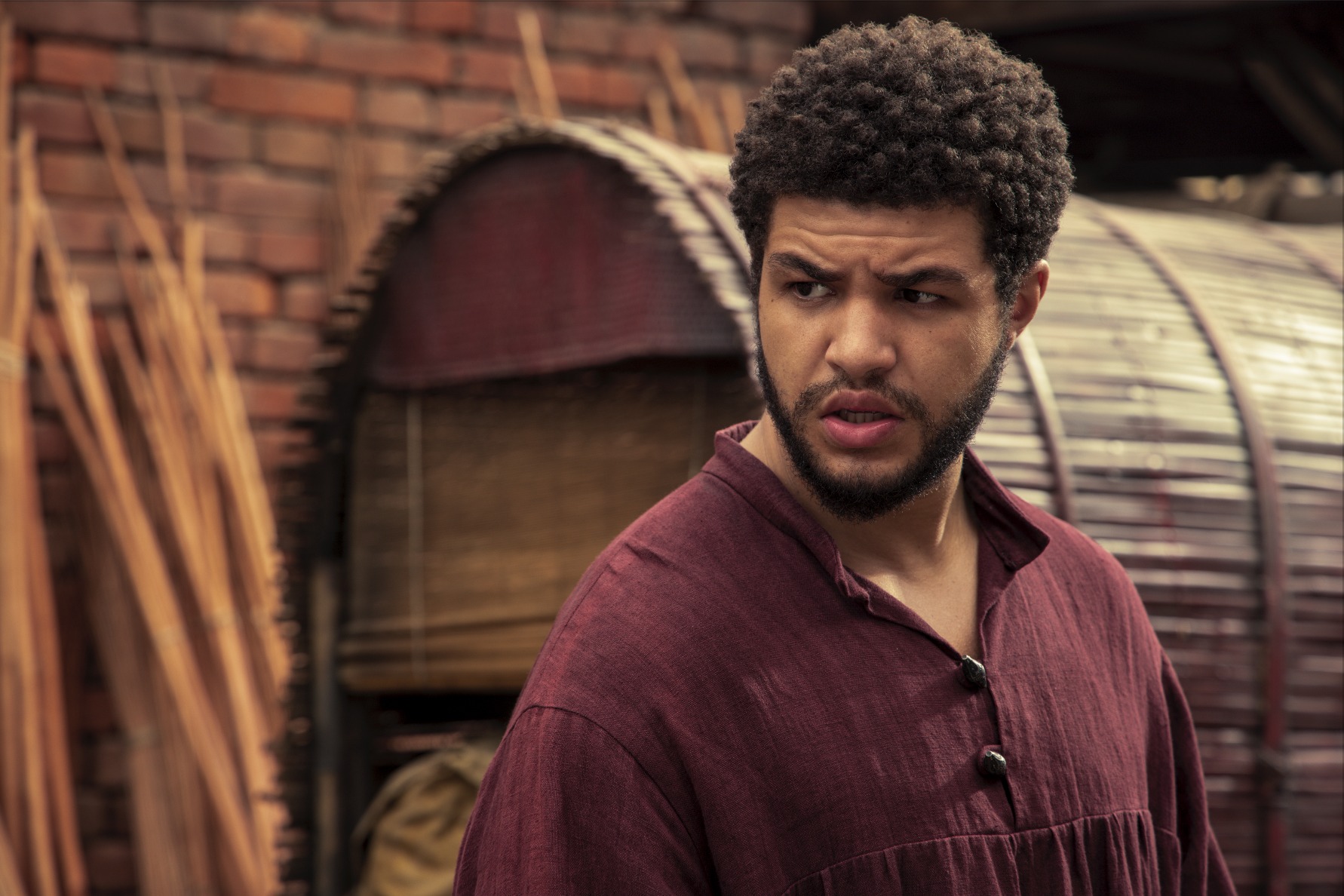 “The Wheel of Time” may have influenced Perrin’s understanding of his wolf abilities. When Perrin encountered Elyas Machera, a former Aes Sedai Warder who separated himself from human civilization to live with his wolfpack in The Eye of the World, he found his wolf link. Elyas was the one who explained why Perrin’s eyes were yellow and what they meant to him. In the source material, it was Moiraine and Lan who saved Perrin and Egwene, hence his Wolfbrother metamorphosis wasn’t tied to the combat with the Whitecloaks in the book.

Since no actor has been cast in the role of Elyas, it’s been claimed that he’s been cut from the plot. If this is the case, another figure may have to fill Elyas’ shoes by informing Perrin about Wolfbrothers. Alternatively, “Wheel of Time” could be deferring its exploration of the wolf world until later. Elyas may be one of the mysterious people set to emerge in “Wheel of Time” season 2 according to showrunner Rafe Judkins’ comments. Perrin’s Wolfbrother arc could be put in motion by Elyas’ introduction.

Perrin’s Wolf Powers and What They Mean For His Future

Because the wolves view Perrin as one of their own, they’ll be important allies for the character in the future. Perrin’s wolf abilities played a role in a number of his exploits in the Wheel of Time books. There’s also the Tel’aran’rhiod to consider. The capacity to travel across the dream realm like an Aes Sedai was crucial to the role he performed, and Amazon’s show is expected to follow suit. By defeating the criminals who frequent the Tel’aran’rhiod, he can make a significant contribution to the struggle against the Dark One and the Forsaken from the “Wheel of Time”. And, with the wolves on his side as Dark One’s opponents in “The Wheel of Time”, he’ll be able to rely on their assistance when he’s awake.