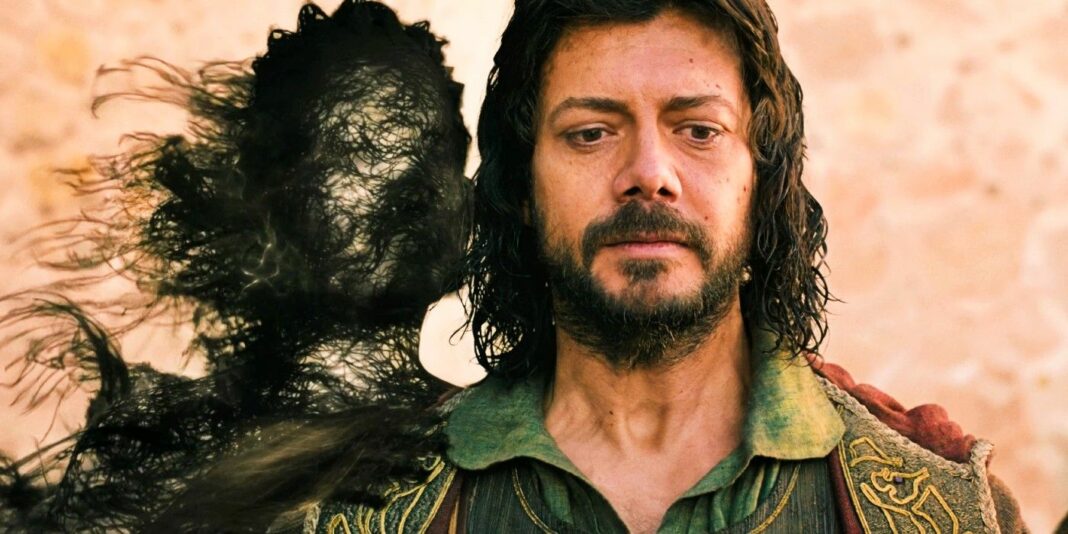 Logain Ablar (lvaro Morte), a man who considers himself the Dragon Reborn, may hear voices when channeling the One Power in “The Wheel of Time” episode 4 – here’s who these shadows could be and what they imply about Logain’s character. Logain had been captured by the Aes Sedai, as revealed at the end of Wheel of Time episode 3. Logain had led a siege against Ghealdan and is a powerful channeler of the One Power, making him a tough opponent and a dangerous enemy, but one who sees shadows and hears voices, as explained at the start of episode 4.

When it comes to killing the nation’s ruler during his siege of Ghealdan, Logain is torn (Miguel Alvarez). At first, it appears that he may use his evil version of the One Power to kill the king, and shadows emerge next to him as dark manifestations of his talents, persuading him to kill Ghealdan’s commander. He rebukes the voices and invites the king to fight beside him in his efforts to be “The Wheel of Time’s” Dragon Reborn and continue a noble path. Nonetheless, the shadows that emerge next to Logain pose a threat to his sanity, and who and what they are is crucial to The Wheel of Time’s mythology.

Men who can channel the One Power in “The Wheel of Time” are doomed to lose their minds, making them dangerous when it comes to accessing the universe’s magical elements. The shadows that stalk Logain are a literal expression of this plight, and they usually push those who have the ability to channel to do evil things like murder innocent people. Rather of being a show of power demonstrating he is the Dragon Reborn, the shadows prove he is the False Dragon, signaling the start of his losing his mind. The previous Dragon Reborn, Lews Therin Telamon, hears the voice of his deceased wife just before fracturing the world in the Wheel of Time books. It’s likely that the shadows and sounds Logain hears are imagined appearances of deceased relatives or individuals with whom he had a relationship.

Elusha Salid (voiced by Rebecca Tanwen) is listed as one of the shadow characters on Prime Video, and speaking with him reveals that there is a relationship there. More crucial, though, is the fact that Logain is hearing these voices, which indicates that his sanity is fading, making him more dangerous than ever. Logain could potentially switch to the Dark One’s side if and when he can no longer control his darker urges.

However, with the events of “Wheel of Time” episode 4, this should no longer be an issue. Logain is gentled by the Aes Sedai towards the end of the most recent entry, cutting him off from the One Power and stripping him of his capacity to channel. Despite his inability to channel, Logain plays a key role in the events of “The Wheel of Time”, and he will be crucial in the war against the Dark One. The shadows that dominate Logain in “The Wheel of Time” episode 4 are more akin to the threats that men who can channel encounter, which bodes ill for the series’ key characters.

Players in Battlefield 2024 are doing insane things with hovercrafts