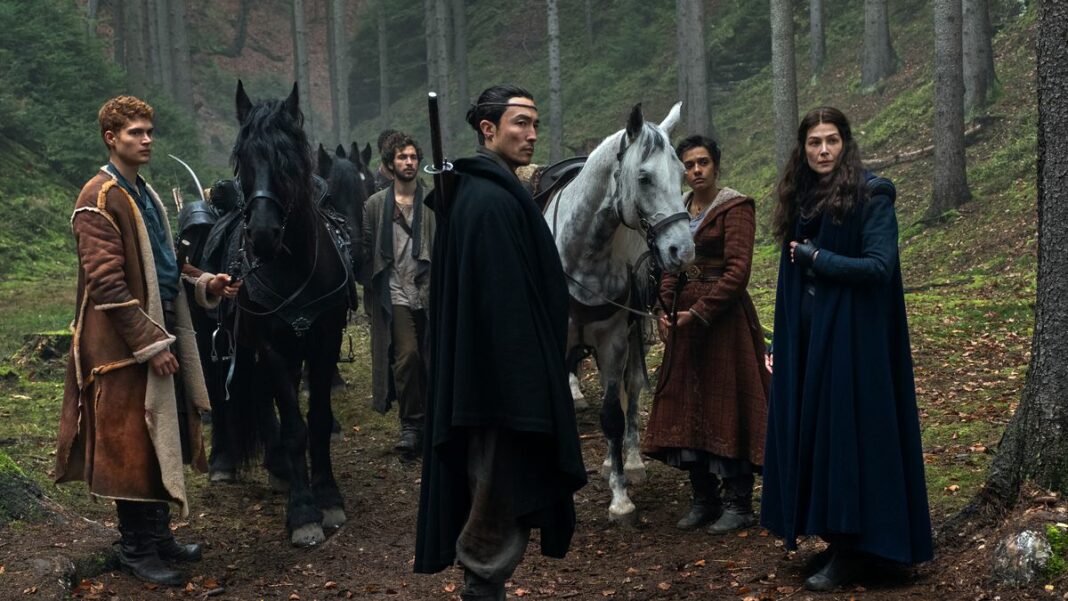 To protect the confidentiality, “The Wheel of Time”, Amazon’s blockbuster new fantasy series, employed fictitious names during the audition process. The show is based on a series of books by novelist Robert Jordan with the same title, the first of which was published in 1990. Moiraine, a strong magic-user, takes a group of young people under her wing and leads them on a globe-spanning adventure in the hopes of learning which of them is the Dragon Reborn, a person who has the potential to save or destroy the world.

So far, the series has gotten mostly excellent reviews, with consumers and critics applauding its worldbuilding and approach to high fantasy that is more approachable. “The Wheel of Time“ series contains 14 volumes, so there are a lot of characters and backstories to establish in the program, and some critics have panned the first few episodes for their excessive exposition and slow-moving plotline. In terms of popularity, the books have sold over 90 million copies worldwide, bringing them on par with George R. R. Martin’s A Song of Ice and Fire. Rosamund Pike, Daniel Henney, Madeleine Madden, Zo Robins, Josha Stradowski, Marcus Rutherford, and Barney Harris are among the cast members.

Rutherford reveals in a new interview with AV Club how discreet the show had to be during pre-production to avoid spoiling any surprises for the show’s millions of viewers. He explains that the names of the characters were changed during the audition process so that even the performers auditioning didn’t know who they were reading for. Rutherford’s character’s name in the series is Perrin, but he thought he was auditioning for a character named Peter during the audition process. Here’s the rest of Rutherford’s comment:

It’s been secretive right from the beginning. Even the audition process was. I was auditioning for a guy called Peter and [Josha was] auditioning for Ridhan, so all the names were changed… I remember [showrunner] Rafe [Judkins] saying when he was creating the show that people were going through his bins looking for scripts and stuff like that. So we realized then that the fans are extremely passionate. We have to stay mum about some things because we don’t want any spoilers.

Despite the fact that the novels have been out for years, the fan following for “The Wheel of Time” appears to be as fervent as ever. Fantasy series based on books typically have big, loyal fan bases that care profoundly about how their favorite characters and storylines are treated by showrunners, as evidenced by shows like Game of Thrones and, more recently, The Witcher. Given that a large number of performers were likely brought in to audition for “The Wheel of Time’s” numerous important roles, it’s understandable that showrunner Rafe Judkins would want to keep things under wraps for as long as possible.

Finally, the secrecy surrounding “The Wheel of Time” appears to have paid off. Only three episodes have been broadcast so far, and while book readers may have a general notion of where things are going, the rest of the season’s direction is still out in the air. Despite significant modifications from the source material, “Wheel of Time” appears to be pleased fans of the novels so far, and it will likely continue to vary from the books in future episodes to keep the shocks coming for both new and old fans alike.

Where Can I Get “Elden Ring”, The Great-Arsenal Jar’s Talisman?