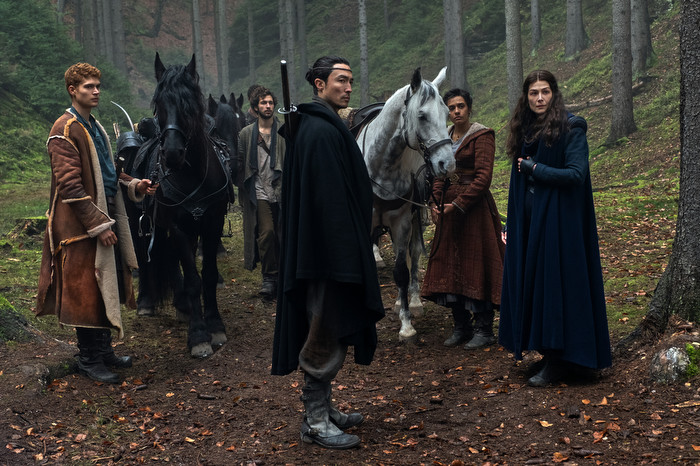 The addition of three new actors to “The Wheel of Time’s” season 2 cast has been announced. The first season of the show is presently airing on Amazon Prime, with new episodes airing every Friday. The second season was renewed months before the launch, in May 2021, suggesting Amazon’s willingness to spend in the high fantasy drama.

“The Wheel of Time” follows Moiraine, a member of the Aes Sedai, a female magical society, on her mission to find the Dragon, a reincarnation of a powerful person destined to rescue or destroy the world. The Forsaken, the main antagonists of the original material, was likewise imprisoned by the Dragon. “The Wheel of Time” is based on Robert Jordan’s Wheel of Time series of novels, with additional work by Brandon Sanderson. Rosamund Pike, Daniel Henney, Zoe Robins, and Madeleine Madden feature in the series, which is nominated for an Academy Award.

Guy Roberts, Arnas Fedaravicius, and Gregg Chillingirian have been cast as Uno Nomesta, Masema, and Ingtar Shinowa, respectively, in Season 2, according to Deadline. The former two are Nobleman Agelmar’s troops, and the latter is a lord from war-torn countries. Roberts is best known for founding and artistically directing the Prague Shakespeare Company. Fedaravicius was previously seen in the last season of The Last Kingdom, which will air in 2022. Chillingirian appears in the last season of A Discovery of Witches, which will debut in 2022.

The first season of “The Wheel of Time” has already done a lot of worldbuilding, relying primarily on story points and character development from the books. Rafe Judkins, who previously worked on Marvel’s Agents of SHIELD, is in charge of the adaptation. Critics have praised the series, with many praising how simple it is for new fans to comprehend what’s going on without having to read the books.

“The Wheel of Time” is one of the numerous high fantasy shows that have lately debuted on television, including Locke & Key, The Witcher, and Shadow & Bone. This suggests that networks and fans are looking for a worthy successor to Game of Thrones’ massive popularity, which left many fans feeling underwhelmed in the last season. Though it did not receive the same critical acclaim as Game of Thrones in its first season, “The Wheel of Time” could prove to be a good adaptation of the legendary source material given enough patience and awareness in adapting the books.

“The Elder Scrolls 6” Appears To Be Continuing Under Development