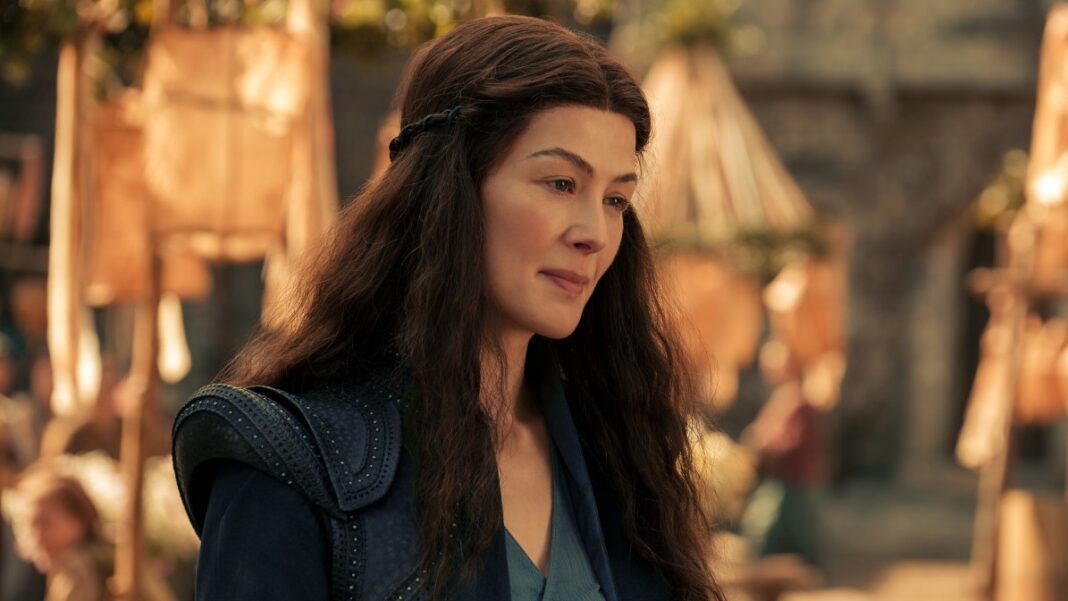 Moiraine blames men’s arrogance for breaking the world in a new promo clip for Amazon’s The Wheel of Time.

Prime Video’s new fantasy series The Wheel of Time has a new clip that reveals more about its lore. Moiraine accuses men of destroying the balance of the universe.

Rosamund Pike plays Moiraine as she prepares to set out on her journey in search of the Dragon Reborn. Moiraine tells the story over the video of Moiraine getting ready to search for the Dragon Reborn soul. This is a great explanation for why her journey was so important. She says, “The world has fallen apart.” “Many, many decades ago, men born with great power believed that they could contain darkness… The arrogance.

Swear your oath. Watch this exclusive clip from The Wheel of Time. Coming Nov 19th 🔥🔥🔥 pic.twitter.com/nRGfNDVyIC

The series’ lore refers to Moiraine’s event as The Breaking of the World. The taint is a term that describes the ability of One Power-channeling men to access powers beyond their own. The character describes the effects of the cataclysmic event by stating that “When they failed”, the seas and mountains boiled, cities were burned, and the Aes Sedai women were left to pick up the pieces.

The taint was a detail that was not explained in the clip. Because of the taint that causes male channelers to go insane, the responsibility for cleaning up the mess fell on the women. Rafe Judkins recently released a trailer that highlighted the fact that “when men use the One Power, the consequences can be huge.” Moiraine doesn’t believe that all men are evil or blame them. Robert Jordan simply states that male channelers are responsible for the Breaking. The ramifications of this Breaking on male channelers threw everything out of balance.

Moiraine’s search for the Dragon , a reincarnation of the one is another important plot point. This figure is what she refers to as “the man that brought the Breaking of the World”. Moiraine says they only know that the reincarnated entity will soon be coming of age. However, her search to locate them and identify them will require tracking them down. The Dragon is a figure that can bring great good or further harm, but the Aes Sedai must race to defeat the Dark One in order to find them.

Prime Video premiered the first three episodes of The Wheel of Time Season 1 on Nov. 19, 2009.