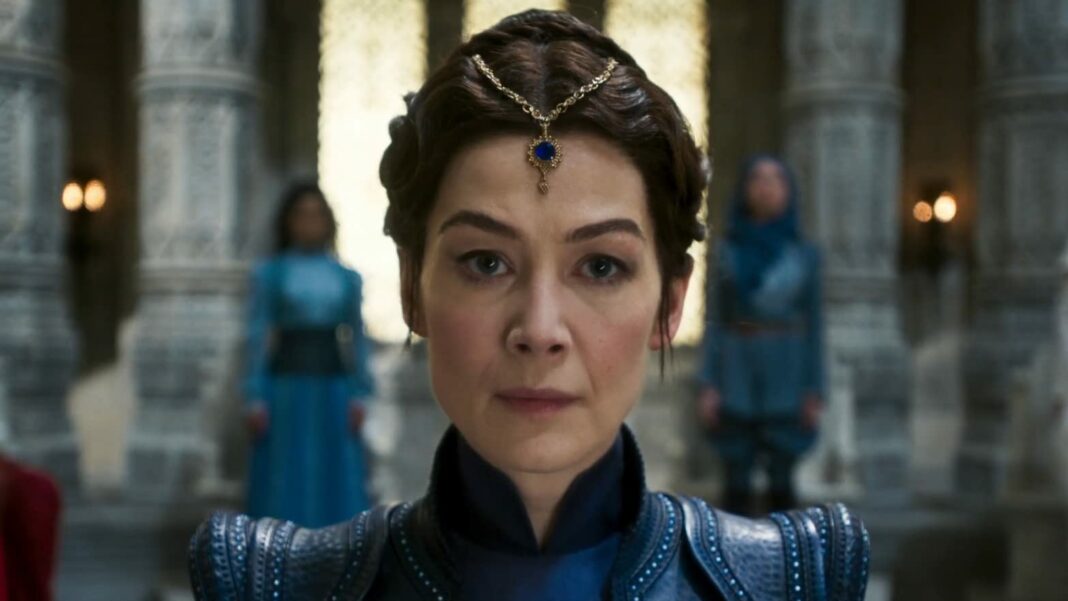 “The Wheel of Time” series on Prime Video has released a new trailer. “The Wheel of Time” is a fantasy narrative written by prolific author Robert Jordan that spans 14 novels and is inspired by notable works such as JRR Tolkien’s Lord of the Rings trilogy. The Wheel of Time follows Rand, Mat, Perrin, Egwene, and Nynaeve, a group of young people from the little village of Emond’s Field. Unbeknownst to them, they are entangled in an eons-spanning prophecy that will crown one of them as the Dragon Reborn.

Moiraine Sedai, played by Rosamund Pike, is a member of a matriarchal magical order in the World of the Wheel who is both feared and revered. Season 1 of “The Wheel of Time” will adapt components from several books in the narrative, although it’s unclear what those elements will be. One thing is certain: Prime Video expects the series to be a Game of Thrones-style blockbuster, as evidenced by the latest trailer.

Comparisons to other fantasy series are unavoidable as Prime Video continues to demonstrate how magnificent “The Wheel of Time” will be, from its magic-wielding characters to the sweeping locales. But it’s the series’ complicated plot and engaging array of people that make it stand out. “Wheel of Time” does not have to be Game of Thrones, and Prime Video recognizes this.

Even still, there’s no better way to promote the show than to show off how spectacular it will be. With the first season of “Wheel of Time” launching in just a few weeks and the cast and crew hard at work on season 2, there will be plenty of opportunities to attract both long-time fans of the books and newbies to the world of the Wheel. They may find it difficult to avoid watching “The Wheel of Time” once they realize how fantastic the show is.

Previous article“The Wheel Of Time” TV Show’s Producer Talks About The Shows Story
Next articleWhy Prison Colony Of “Y: The Last Man” Is So Important?