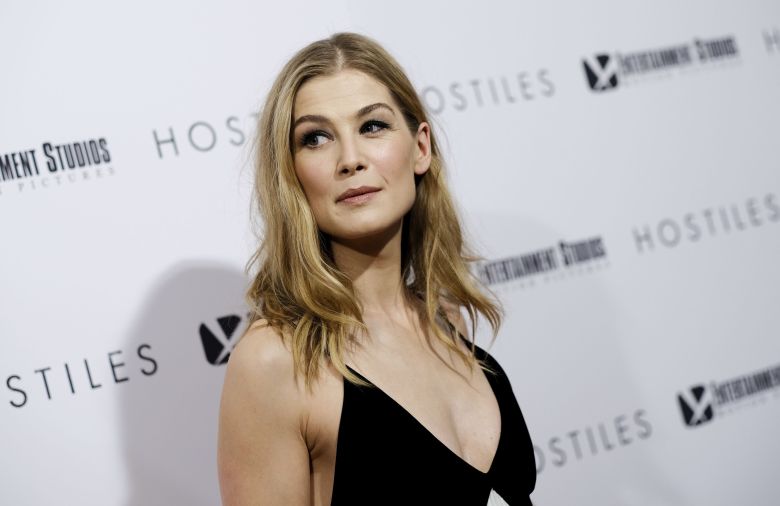 Following up on last week’s reveal of four new preview images as well as information on Amazon and showrunner & EP Rafe Judkins’ upcoming live-action series adaptation of Robert Jordan’s “The Wheel of Time” novels, fans will want to be online on Thursday, September 2 at 11:30 a.m. ET (8:30 a.m. PT) for the official teaser trailer. And, to make it even more official, series star Rosamund Pike (Moiraine) has checked in with the news through video.

The seals on the trailer are weakening and Rosamund Pike is to blame/thank. There’s only a few hours left until Chaos reigns… pic.twitter.com/x4iYfEZVrA

“‘Wheel of Time’ is the first fantasy series that really dove into the political and cultural worlds of all these different characters. It was also one of the first to dive into multiple POV characters, so you’re following an ensemble, with each of them having their own agendas and approaches to everything. That’s always felt to me like the missing piece of the fantasy-literature landscape that hasn’t been brought to TV or film yet.” – Judkins.

“Moiraine is the guide figure in this world, the mysterious stranger who comes to town and changes their lives forever. They leave with her on a journey that will either save or destroy humanity.” – Pike

Moiraine, like the rest of the Aes Sedai, has the ability to tap into the One Power, magical energy that both men and women could access before the Dark One cursed the male half. So, if you’re a person like Logain (lvaro Morte) who wants to tap into that power, what should you do? Consider yourself on the radar of the Aes Sedai.

“If hypothetically, one of our male characters were able to use the One Power, they understand the stakes of it from what they see of Logain,” Judkins told.

Of course, Moiraine will have to deal with this when she suspects Rand (Josha Stradowski), Mat (Barney Harris), or Perrin (Marcus Rutherford) of possessing the gift.

“We literally built Shadar Logoth from scratch just for 15 minutes of airtime because it’s that important to the series. That’s where it becomes very clear it’s not just the forces of good and evil. There are lots of different angles.” – Judkins.