The armies of darkness have been dispatched to seek down Rand al’Thor and his pals from Emond’s Field, according to a new poster for Amazon’s “Wheel of Time” series. This current fantasy epic is based on the best-selling fantasy trilogy written by the late Robert Jordan (and later completed by Brandon Sanderson), and it is one of the most popular works of contemporary fantasy ever written. The first three episodes will launch on Prime Video on Friday, November 19, with the rest episodes following each week until December 24.

With the series debut approaching, Amazon is busy promoting what is likely to be a massive smash for the streaming service, which also has a Lord of the Rings series in the works. In September, fans were treated to the first official trailer, in which Rosamund Pike’s character Moraine gives a quick synopsis of the series’ interesting backstory. Fans also got their first sight of the evil that threatens the show’s heroes, in the shape of the horrific Trollocs and Myrddraal creatures.

Moraine, her faithful Warder al’Lan Mandragoran (Daniel Henney), and the rest of the Emond’s Field five, around whom the drama centers, have been featured in a new Amazon poster. The looming menace of the eyeless Myrddraal and the vicious human/animal hybrids known as Trollocs, though, sets this latest official artwork different.

Check out the new poster below: 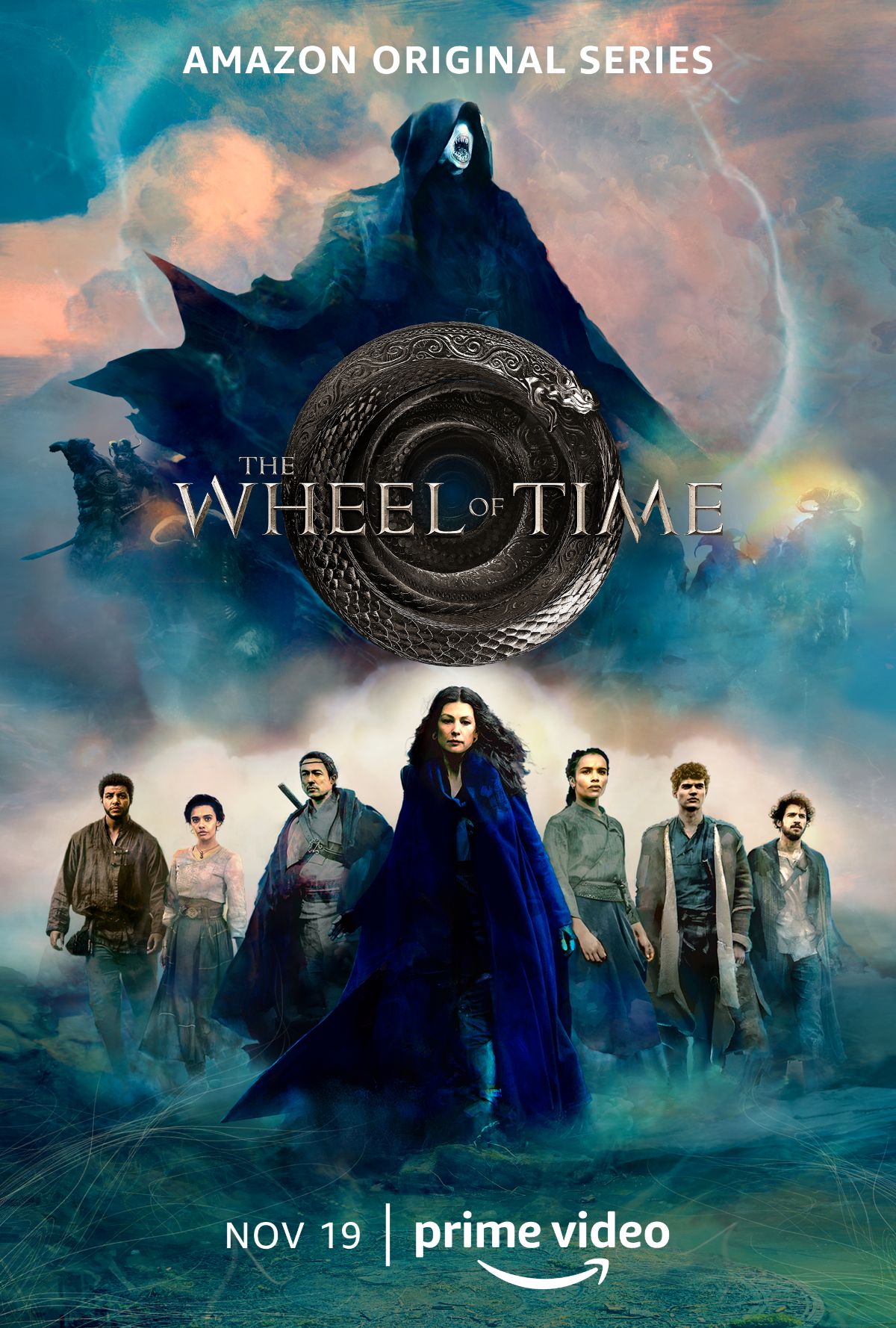 The vicious and predatory Trollocs were formed ages ago to serve in the Dark One’s army, twisted into being by the Dreadlords who served him during the War of the Shadow, according to the original novels. Due to their lack of intelligence, they frequently require the brutal tutelage of the even more terrifying Myrddraal or Fades. Myrddraal is a deadly, swift creature with deathly pale skin and no eyes. They also have the disturbing ability to dissolve into or travel through shadows. They can also detect and follow Aes Sedai, such as Moraine, when they use the magical energy called as the One Power.

When filming on the “Wheel of Time” adaptation began, fans of the books were concerned about how faithfully these animals would be depicted on screen. Their initial brief appearance in last month’s teaser, and now in this new official poster, indicates that executive producer and showrunner Rafe Judkins is sure that his adaptation stays true to the source material’s most vital elements. With Jordan’s wife and editor, Harriet McDougal, and Brandon Sanderson, author of the final novels in the series, both serving as consulting producers, it’s safe to believe Amazon is doing all possible to honor Jordan’s work. With the premiere of Wheel of Time just over a month away, the show is sure to appeal to both existing and new fans of the books.

Season 2 of “Rings of Power” Won’t Be Filmed in New Zealand, According To The Showrunner