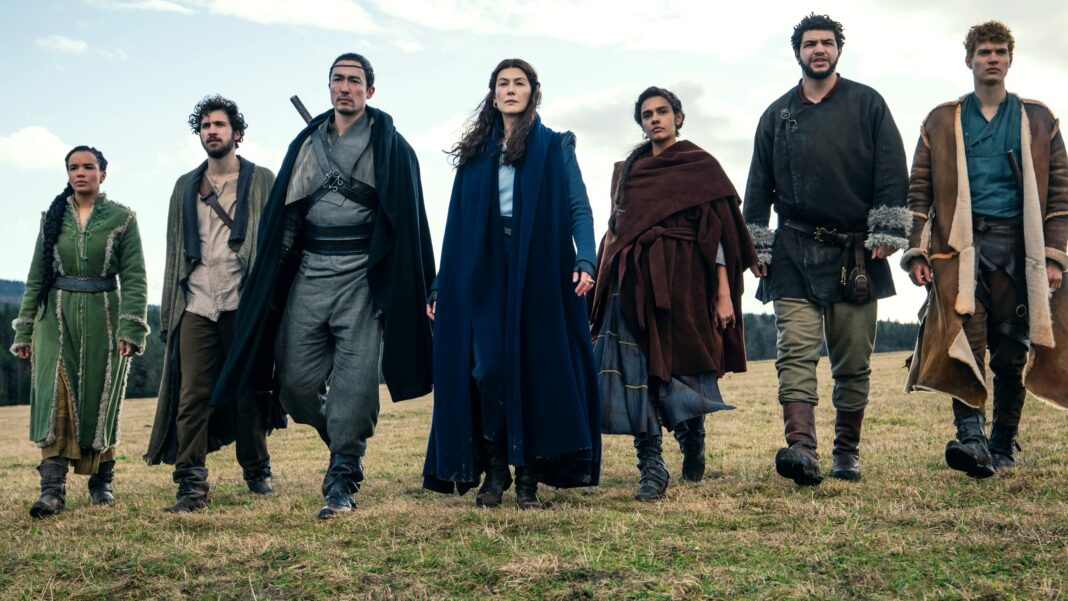 A new desert location is revealed in a “Wheel Of Time” season 2 trailer, as well as the crew preparing for a combat scene in Amazon Prime Video’s fantasy adaption. “Wheel Of Time” was renewed for a second season well before season 1 broadcast in November 2021, based on American novelist Robert Jordan’s enormous high-fantasy novel series and adapted for Prime Video by Agents of S.H.I.E.L.D. alum Rafe Judkins. Season 2 has been filming in numerous locations across the world since then, including Prague and Morocco.

Rosamund Pike (Gone Girl) leads the cast in Amazon’s fantasy adaption as Moiraine Damodred, a powerful channeler and Aes Sedai member, with Daniel Henney as Lan Mandragoran, her traveling companion and Warder. “The Wheel of Time” follows Moiraine and Lan as they seek the Dragon Reborn, a strong channeler capable of destroying the world or saving it from the Dark One, according to the prophecy. Season 1 introduced viewers to several magical settings in both the book and the show, which takes place in a fictional world similar to Earth. Additional footage reveals that season 2 will include at least one new location.

“The Wheel Of Time” published a video collection of behind-the-scenes footage from the set of season 2 from the initial table read to filming actual scenes in a tweet announcing that the second season had officially concluded production. Actors on horses in a new desert location and a stuntman being turned over onto a mat while wearing a stunt wire are among the most remarkable pictures. Take a look at the video below:

The new desert locale appears to be the Aiel Waste, based on these brief peeks. The desert region is east of the Spine of the World in the books, and it is directly bordered on the east by the huge land known as Shara. The wasteland, known to its inhabitants as the Three-fold Land, is thought to be so harsh and hostile that only the hardy Aiel people can survive there for long periods of time.

The existence of the Aiel Waste has been alluded to at various times in the Amazon adaptation, but it has never been portrayed. When Rand al’Thor (Josha Stradowski) meets Loial (Hammed Animashaun), the Ogier remarks on how much he looks like the Aiel. With the announcement that Ayoola Smart will play Aviendha, an Aiel Maiden of the Spear, all indicators point to the desert region playing a larger role in “The Wheel Of Time” season 2.

Daniel Henney, Star of “The Wheel of Time”, Discusses Lan’s Challenges in Season 2

The Killing Eve Actress Will Appear In A Recurring Role In “Wheel Of Time” Season 2.