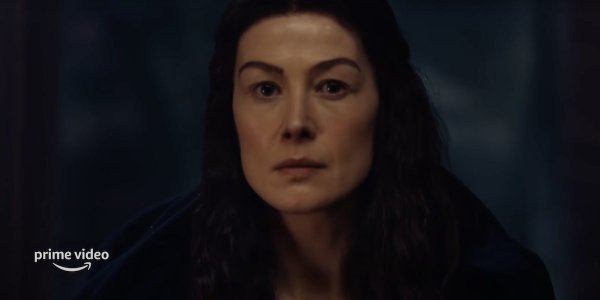 With streaming networks spending hundreds of millions of dollars into making high fantasy programs, Amazon Studios’ “The Wheel of Time” is the next drama seeking to replicate the “Game of Thrones” magic. The long-awaited first season, based on the blockbuster book series by Robert Jordan and Brandon Sanderson, will begin on November 19, 2021, with the first three episodes falling all at once.

If you haven’t heard of “The Wheel of Time,” the novel takes place in an unknown mythical realm that fans affectionately refer to as “Randland.” It’s set in a cosmos created by the titular “Wheel of Time”, which is propelled by the One Power, a supernatural force. The Aes Sedai is a politically powerful women’s organization capable of wielding the feminine half of the One Power — saidar. The Aes Sedai unwittingly, if hubristically, unleashed an evil deity known as the Dark One, or Shai’tan, long before the events of the series.

The television adaptation of “The Wheel of Time” will begin with “The Eye of the World,” the first novel in the series. Moiraine Damodred (Rosamund Pike) is an Aes Sedai who leads a band of followers. They’re on the lookout for the Dragon Reborn, a strong figure promised in prophecy, before the Dark One’s agents catch him and use him for their own purposes.

With Season 1’s premiere less than a month away, Amazon has finally published a clip from the opening episode, which shows the arrival of two very significant strangers to Emond’s Field in the Two Rivers.

The scene begins on a rainy night in a pub in the vibrant village of Emond’s Field, which is solely filled by residents. Rand al’Thor (Josha Stradowski) is talking to his companion Perrin Aybara (Marcus Rutherford) about Egwene al’Vere (Madeleine Madden), a server Rand is interested in but doesn’t seem to reciprocate his feelings.

When a mysterious hooded figure appears, these adolescent concerns fade away. He introduces Moiraine as his traveling partner and introduces himself as Lan Mandragoran (Daniel Henney). Moiraine flashes her golden serpent ring, which identifies her as an Aes Sedai member, and the entire tavern falls silent. While seeing to Moiraine’s needs, the innkeeper checks the gathering, spotting Rand, Perrin, and Egwene right away.

The clip then comes to a close. Because this is a fairly early moment in the books, it doesn’t give too much away about the plot. However, it does finally show us what five of the program’s primary characters look like in a full scene, as well as giving us an indication of how the show will feel. Fortunately, we won’t have to wait long for more.

Previous articleWhy “Lord of the Rings” Hobbits Won’t Be White?
Next articleNeil Gaiman Talks About The Major Detail For The Endless