Moiraine swore to exile on the Oath Rod in Amazon’s “The Wheel of Time” episode 6, but she didn’t swear what most viewers assume she did. The story of the Dragon Reborn, a reincarnated entity destined to destroy the Dark One in the Last Battle, is told in Amazon’s “Wheel of Time”, which is based on Robert Jordan’s epic literature. Of course, it’s a loose adaptation; the plot has been hurried to increase the story’s energy, and it’s already delving into the politics of the Aes Sedai from “The Wheel of Time”.

Moiraine Sedai returned to Tar Valon’s White Tower in the fifth episode of “The Wheel of Time“. Moiraine recognized her secret lover Siuan Sanche – the Amyrlin Seat, the elected ruler of the Aes Sedai – was vulnerable since she hadn’t been there in years. Faced with the prospect of being stranded at the White Tower with her actions restricted, Moiraine plotted with Siuan Sanche to have her exiled from the tower so they could continue their job in secret. She pledged an oath on the precious Oath Rod that she would not return to Tar Valon until the Amyrlin summoned her. The Aes Sedai turned their backs on her as she walked away, representing their rejection of Moiraine and her subsequent shunning.

While Moiraine’s sadness was palpable, there was significant subtext indicating that Moiraine and Siuan were up to something else, as seen by Moiraine’s actual words when she swore on the Oath Rod. An Aes Sedai swears not to say anything that isn’t true, but that doesn’t imply they can’t lie; rather, they learn to employ words with care and accuracy. Moiraine’s oath is an example of this because she quietly reworded it when she repeated it. Moiraine swore allegiance to the Amyrlin Seat of the Aes Sedai in front of the assembled Aes Sedai, but in actuality, she replaced the title with her own name, Siuan Sanche. 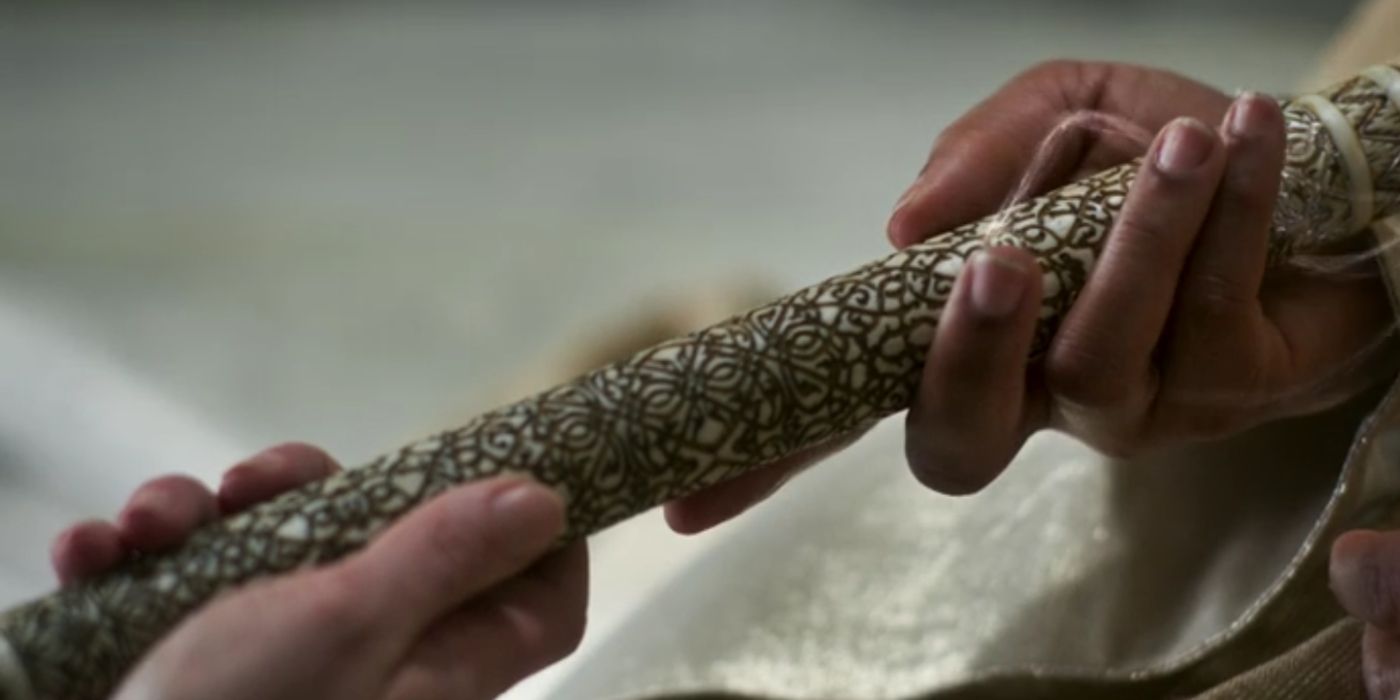 Liandrin is gearing herself to ascend the throne of the Aes Sedai, putting Siuan Sanche’s position as the Amyrlin Seat in jeopardy. Recognizing this, Moiraine has privately sworn an oath of personal loyalty to Siuan Sanche, which trumps Moiraine’s commitment to any other Amyrlin because the oath is binding. Moiraine will stay loyal to Siuan Sanche as an individual, not to her successor or the Aes Sedai as a whole if she is ousted. While Moiraine’s banishment from the White Tower, her home, is heartbreaking, her careful wording in swearing the oath guarantees that her secret purpose for Siuan is preserved.

Moiraine’s oath might be interpreted as a statement of love for Siuan Sanche hidden in plain sight, as well as a smart circumvention of the pledge. The Amyrlin Seat is not designed to demonstrate partiality to anyone Aes Sedai or Ajah, and if her and Moiraine’s illegal love affair were discovered, they would lose all status and support. Moiraine’s frequent travels mean they only get to spend time together in spurts. Moiraine’s rephrasing of the oath to include a vow of unending devotion to Siuan is her means of showing her love for him before being exiled.

There is a need for loyalty and love. Liandrin in the “Wheel of Time” appears to be a hybrid of two characters from the books: Liandrin and Elaida, another important member of the Aes Sedai’s Red Ajah. Elaida successfully deposes Siuan Sanche in the books, causing a division in the Aes Sedai. This is already hinted at in the sixth episode of “The Wheel of Time”, with Moiraine Sedai gently selecting aside ahead of the approaching civil war. Moiraine’s pledge expresses her opposition to the next Amyrlin Seat, as well as her personal loyalty to Siuan Sanche – a statement expressed publicly, but in such a cautious and intentional manner that none of the Aes Sedai recognized it.