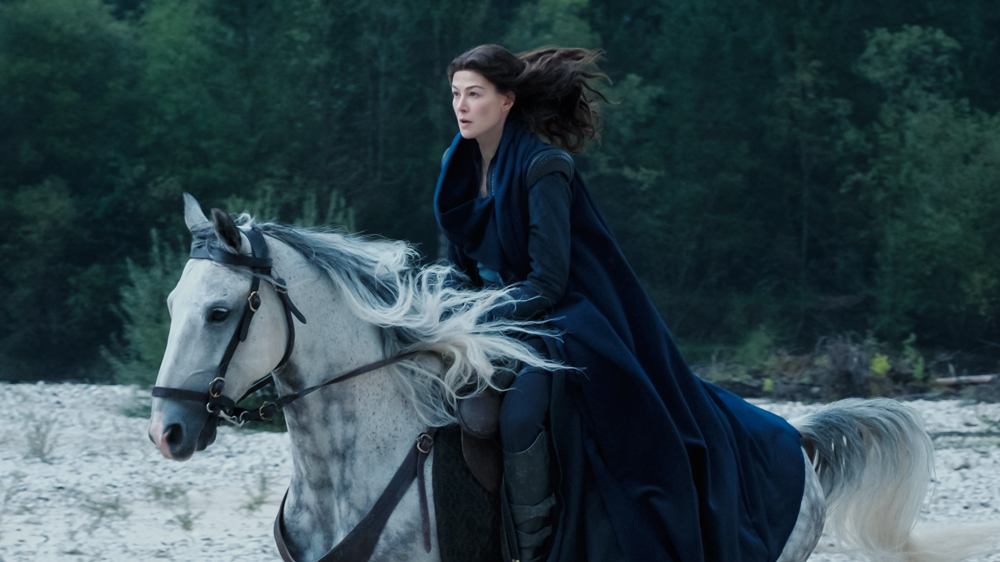 For the month of November, “The Wheel of Time” debuted at number one on the Nielsen streaming chart. The new Amazon Prime television series is a live-action version of Robert Jordan’s eponymous high fantasy novel series. “The Wheel of Time” was well acknowledged across the genre for its complex and inventive world-building, as well as its enormous cast of characters after it was completed in 14 volumes. Since The Lord of the Rings, it has been one of the best-selling epic fantasy series, with a vast and devoted fan base, and the build-up to the show’s premiere culminated in a successful first season.

Moiraine (Rosamund Pike), a member of the magical organization known as the Aes Sedai, invites a small group of villagers on a quest, believing one of them to be the Dragon Reborn, a powerful individual destined to either save or destroy the world, aired on November 19th. Daniel Henney, Zo Robins, Madeleine Madden, Josha Stradowski, and Marcus Rutherford co-star alongside Pike in the series. The Wheel of Time was the most-watched Prime Video launch of 2021, and it’s one of the streaming service’s most-watched premieres ever. A second season was confirmed prior to the broadcast of season 1, but Amazon is likely to continue after the show received high viewership and positive reviews from fans and reviewers alike.

The debut of “The Wheel of Time” has now been revealed to have topped Nielsen’s streaming rankings for the month of November. “We are happy to reveal that, according to Nielsen, THE WHEEL OF TIME premiered as the #1 Original, recording 1.16 billion viewing minutes from November 15-21,” claims an Amazon Prime press release. Nielsen measures audience behavior across all channels and platforms, and its television ratings determine the size and composition of the US audience for all programming.

The popularity of its original material, as well as the size of HBO’s Game of Thrones, are major factors in “The Wheel of Time’s” success. Showrunner Rafe Judkins has indicated that the makers were aware that the HBO hit would serve as a touchstone for many fans, but that the show’s conclusion also left a hole that his show could fill. For years, audiences have embraced the dark and epic fantasy genre on television, and Judkins’ and Amazon Prime have a lot to work with in terms of material and an existing fanbase to ensure long-term success.

“The Wheel of Time’s” strong start on Amazon Prime portends great things for the series in the future. Judkins has already planned out eight seasons, and cast members have expressed their desire for the show to go for a long time. According to Nielsen statistics, audience engagement isn’t likely to decline anytime soon, and with season 2 filming underway, fans of the series can look forward to seeing where “The Wheel of Time” goes next.

Previous articleThe Community’s Endgame Challenge Was Accepted By “New World” Devs
Next articleThe PS5 File Size For “Elden Ring” Has Been Released, and It’s Smaller Than You May Imagine