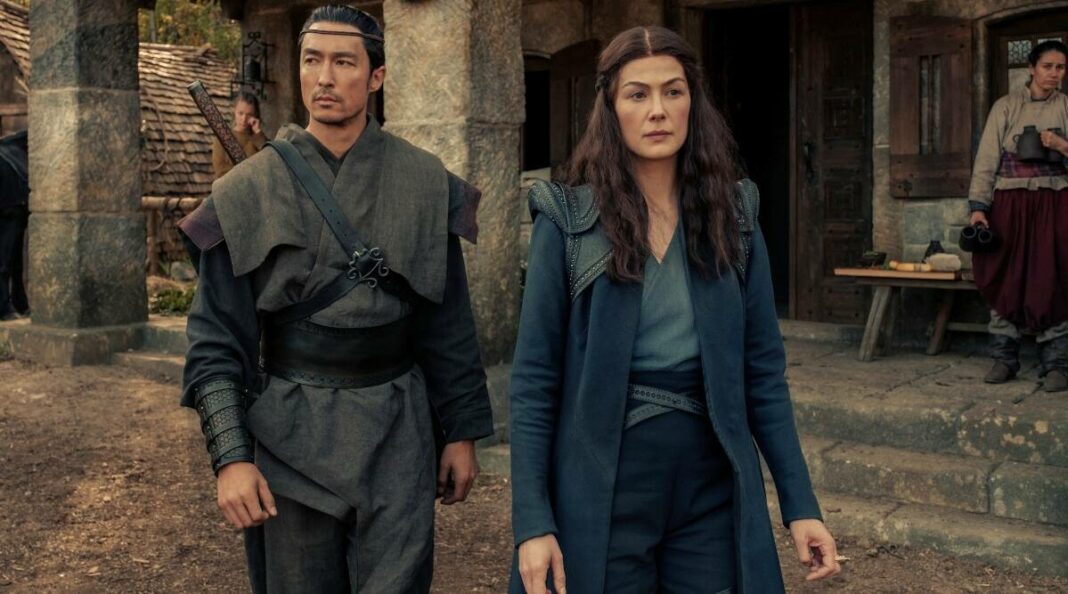 In a behind-the-scenes sizzle clip featuring Rosamund Pike and other cast and crew, Amazon reveals that “The Wheel Of Time” season 2 has concluded filming. Moiraine Damodred, a member of the Aes Sedai, a powerful group of women with the ability to channel the One Power, is played by the Academy Award-nominated Gone Girl actor. Moiraine’s Warder and companion, al’Lan Mandragoran, is also played by Daniel Henney. “Wheel Of Time” is based on Robert Jordan’s novel series of the same name, which was adapted for television by Rafe Judkins. It follows Moiraine and Lan as they search for the Dragon’s reincarnation.

“Wheel Of Time”, one of many high-fantasy programs attempting to make a mark post-Game of Thrones, started on Amazon Prime Video in November 2021, airing episodes weekly until December 24, 2021. Amazon showed great faith in its adaptation by greenlighting Wheel of Time season 2, which begins production in July 2021, some months before its release. After months of filming in various locations around the world, Amazon has finally released a teaser for the second season.

According to a 30-second BTS sizzle trailer provided by the show’s Twitter account, filming on “The Wheel of Time“ season 2 has finally been completed. Several views of the cast and crew doing a table read and filming scenes on location in a desert setting are seen in the footage. “That’s a wrap on season 2!” Pike exclaims at the end of the video. Watch the following video:

Aside from verifying that season 2 has fully wrapped filming, the video also gives fans a sneak peek at what to expect from the show’s sophomore season. The teaser reel appears to reveal a new desert region, most likely the Aiel Waste from the books, which could be significantly featured in the forthcoming season. Aside from expanding its scope and scale to new places, “Wheel of Time” season 2 has also welcomed a slew of new cast members, including Ceara Coveney, Natasha O’Keeffe, Meera Syal, and Ayoola Smart from Killing Eve.

With the second season of “The Wheel of Time” being complete, fans are undoubtedly asking when it will be available on Amazon Prime. The fact that the streamer is due to premiere another highly anticipated fantasy series, The Lord of the Rings: The Rings of Power, on September 2 does not auger well for fans hoping to see the “Wheel of Time” return sooner rather than later. Because Amazon won’t let two fantasy series air at the same time, the second season of “Wheel of Time” will most likely have to wait until October at the earliest.

How Much of “Monster: The Jeffrey Dahmer Story” Actually Happened?

Dr. Death Cast Appearances in Other Films and TV Shows