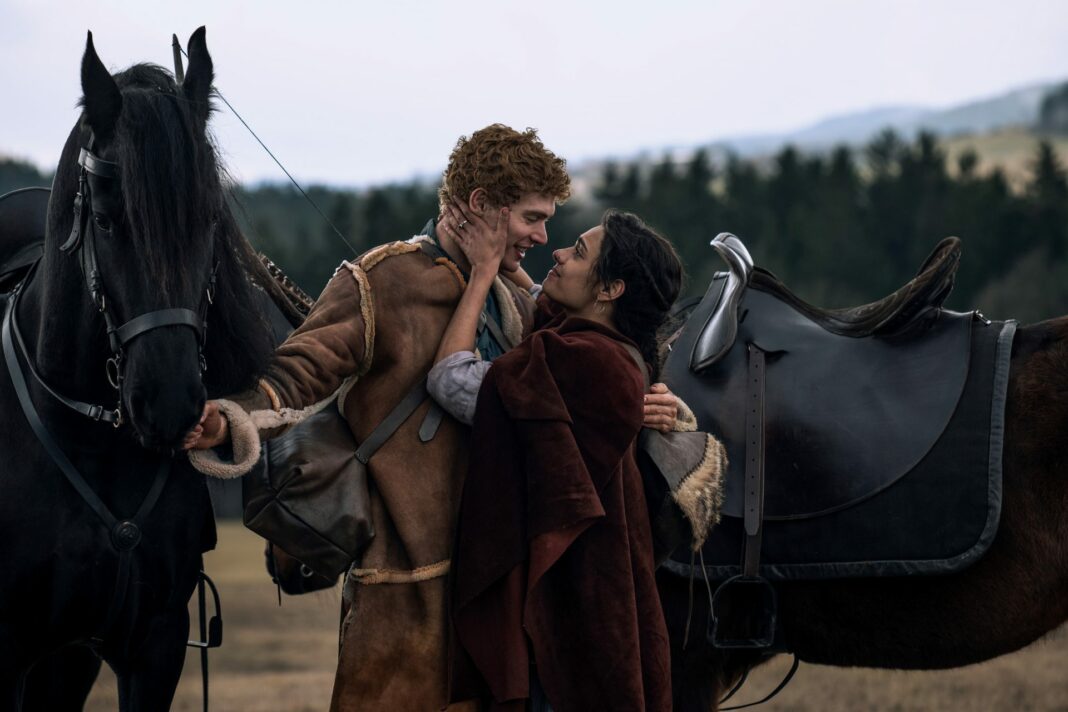 The “Wheel of Time” will feature new worlds every two episodes or so, according to creator Rafe Judkins, giving to the huge scope associated with other high-fantasy dramas like Game of Thrones. The planned Amazon series follows Moiraine, one of a group of magical-using women known as the Aes Sedai, on her quest to discover the reincarnation of the Dragon, an entity whose power might either save or doom the world, based on Robert Jordan’s series of books of the same name. The series will air on Amazon Prime on November 19th.

“The Wheel of Time“ will star Rosamund Pike, who has been nominated for an Academy Award, as Moiraine, but will also have a mostly unknown ensemble to help viewers immerse themselves in the story world. The show will be directed by Judkins, with creative assistance from Brandon Sanderson, who wrote the series’ final three volumes after Jordan’s death. Season 1 began filming in September 2019, however, due to pandemic-related delays, it was only completed in May 2021. Season 2 was ordered by Amazon before the show had aired, and filming resumed in July.

In an interview with Variety, Judkins discusses how the series would visit different locations every two to three episodes as part of the central protagonists’ epic trip. He talks about how the scope will swiftly increase to convey the sense of the world portrayed in Jordan’s books, and how he built sets for episode 1 that the characters don’t revisit in later episodes. He’s also grateful to Amazon for allocating such a large budget to let him realize his scaled-up idea. Read the whole of his quote below:

This [pilot] episode feels huge, but we never go back to those sets: Every two episodes, the show keeps expanding and you go to new worlds, and that’s part of the journey, that’s part of what makes the books great. It’s exciting for me that this is starting to finally come out because I know the expansive places that it’s going in the next two seasons.

Aside from the initial premise, little is known about “The Wheel of Time’s” plot, including how much of the massive source material will be incorporated in season 1. Despite conflicts with Sanderson, Judkins has gotten feedback from Jordan’s widow, Harriet, and the series is anticipated to stay authentic to the source material. Amazon is also contemplating a remake of The Lord of the Rings, demonstrating its commitment to the fantasy genre in the wake of HBO’s Game of Thrones’ widespread success.

Adapting “The Wheel of Time” is a near-Herculean effort, with 14 volumes totaling about 12,000 pages. In addition to tackling the fantasy genre’s gender issue, the series will also have to deal with the books’ inappropriate usage of Asian myths, Buddhism, and Taoism. Fantasy authors have often “stolen” from other cultures to create a sense of mysticism for their Euro-centric fans, with even Game of Thrones being chastised for its lack of diversity. “The Wheel of Time”, with a large enough budget and a keen eye for detail in its world construction, might become the new high-fantasy series that people demand.

Previous article“Cowboy Bebop” Corgis Were Threated Like Kings On Set
Next article“Gossip Girl” Reboot Season 1, Part 2 Has A Premiere Date

I’m Curious If You Think These 32 “B” Movies Are Terrible, Amazing, Or So Bad They’re Good