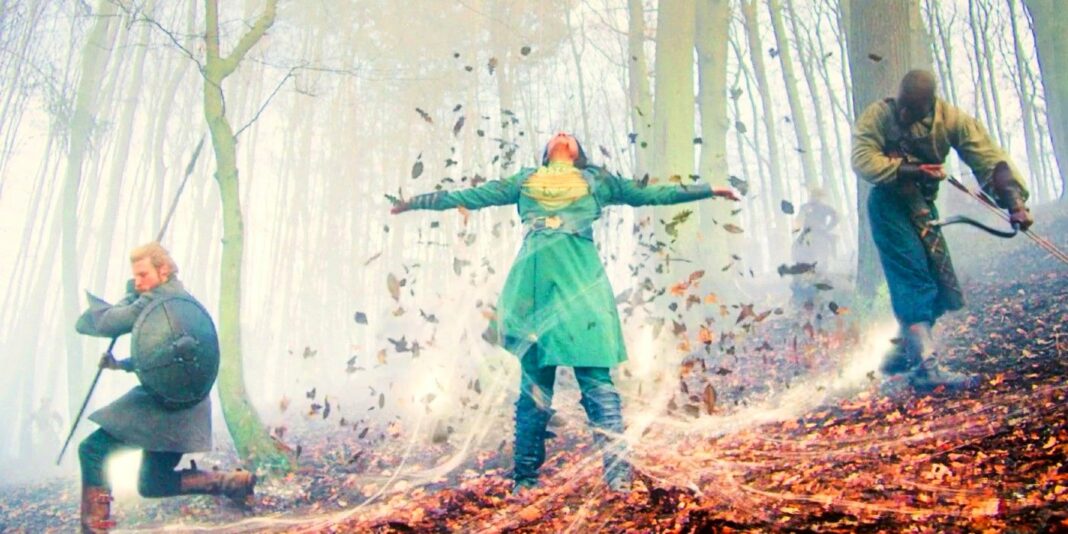 The explosions shown during the fight sequence in episode four of “The Wheel of Time” were real, according to Zo Robins. “The Wheel of Time” is widely regarded as one of the most influential fantasy series of all time, based on the huge series of fantasy novels by author Robert Jordan (later finished by Brandon Sanderson following Jordan’s death). Amazon Studios announced in 2018 that the show would be produced and released on Amazon Prime. The first three episodes were recently released, and the fourth episode will be released the following Friday. The show has gotten mixed to excellent reviews, with some comparing it to Game of Thrones on Amazon.

Moiraine Sedai, played by Rosamund Pike, is a member of the Aes Sedai, a powerful group of women who utilize magic. She joins up with four other people and embarks on a trip across the world with them. She believes that one of her companions is the Dragon Reborn, a powerful entity capable of saving or destroying the planet. Josha Stradowski, Marcus Rutherford, Barney Harris, and Madeleine Madden also star in the show.

Now, Robins has spoken about the practical effects employed in episode four of “The Wheel of Time”. In a recent interview with Collider, she talked about her character Nynaeve and the combat scene, as well as the thrill of seeing genuine stunts and effects. She also talks about how stressful action scenes can be on the cast and crew, which is something that few people consider. Here’s the rest of Robins’ quote:

“Yeah. I would say majority of those explosions were real, if not all of them. Which as an actor, only heightens our performances and helps inform our choices and our reactions to everything. Of course, that means that we’re actually filming a scene with dust and explosives and that obviously took a toll on us, physically. We were just absolutely done by the end of that week, because we shot that over a good few days.”

While being near these explosions can be risky for the actors and stunt team, it also gives a feeling of reality to the film. It also makes it easier for the actors to react to something that is actually happening rather than having to imagine it happening, as Robins explains. It’s understandable that Amazon would want a show like “The Wheel of Time” to be as huge as possible. Jordan’s world, which he constructed in his novels, is enormous, so having the funding and resources to bring it to life is crucial.

Season 2 of “The Wheel of Time” is now in production on Amazon. The studio started working on the second season before the first was even released, indicating that they are betting big on this show’s success. Amazon is also developing a Lord of the Rings television series, which will premiere in September 2022. The LoTR show is also getting a second season, demonstrating Amazon’s faith in fantasy productions that can compete with Netflix’s The Witcher. Audiences can satisfy their imagination cravings by watching “The Wheel of Time” and witnessing the practical effects in action.

Previous articleEpisode 4 Recap Of “The Wheel of Time”
Next articleThe Book Problem In “House Of The Dragon” Is Not The Same As In Game Of Thrones.