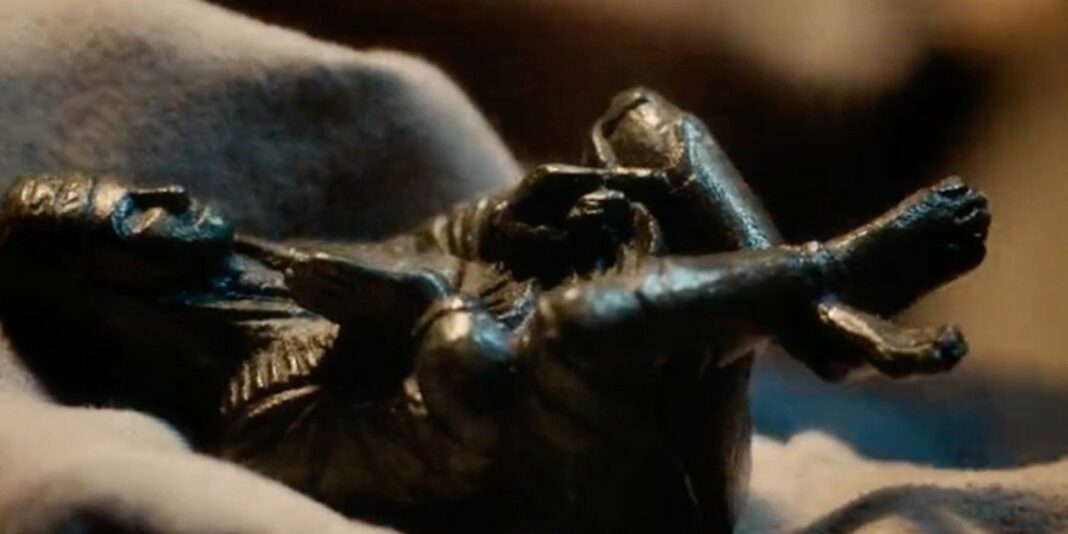 A new clip from “The Wheel of Time” has been released, suggesting the primary premise of the next series. “The Wheel of Time” is based on Robert Jordan’s fourteen high fantasy books. Moiraine, played by Rosamund Pike, is a member of the Aes Sedai, a magical women’s organization, which accompanies five young people on a journey around the globe. Moiraine is seeking to prove that one of them is the reborn Dragon, who has been predicted to save or destroy the planet.

Amazon has acquired eight episodes of “The Wheel of Time” to broadcast on November 19. The program has been in the works for a long time, with Pike shooting sequences as early as 2019. The COVID-19 epidemic, as well as the various rewrites that come with adapting a work with such a large amount of source material, caused multiple delays. Rafe Judkins, who is most known for his work on Marvel’s Agents of S.H.I.E.L.D., will be in charge of the series.

Moiraine gets dressed in a castle-like environment and describes the events of the world that led to the events of the book, where men believed they could control darkness, leading to a devastating event, in the newly released “Wheel of Time” clip from @FANologyPV on Twitter. She then goes on to depict a man named Dragon as the world’s savior. Moiraine goes on to say that she wants to discover the freshly resurrected Dragon before the darkness arrives. Take a look at the new video below:

Swear your oath. Watch this exclusive clip from The Wheel of Time. Coming Nov 19th 🔥🔥🔥 pic.twitter.com/nRGfNDVyIC

“The Wheel of Time” has already been extended for a second season, which will begin production in July 2021. The show will also involve a significant number of unknown actors, with Pike being the series’ lone prominent star. This could be a strategy employed to keep the mythology and world-building of the plot from being overshadowed by the star power, similar to Game of Thrones.

With Game of Thrones still fresh in fans’ minds, “The Wheel of Time”, along with Netflix’s The Witcher and Amazon’s own impending The Lord of the Rings adaptation, is one of the numerous projects attempting to fill the void left by the iconic series. With high fantasy being a niche genre even in the best of times, “The Wheel of Time” is unlikely to have the cultural influence that Game of Thrones did during its eight seasons. With a respect for the original material, a solid hand on the world-building, and a good lead performance from Pike, “The Wheel of Time” has the potential to please high fantasy enthusiasts everywhere.

Previous articleGameplay Stream For “Elden Ring” Was Announced For Today
Next articleStar Of “Y: The Last Man” TV Series Hopes That Season 2 Will Introduce The Astronauts