Amyrlin Seat From “The Wheel of Time” Is explained: Who Is The Leader Of The Aes Sedai? 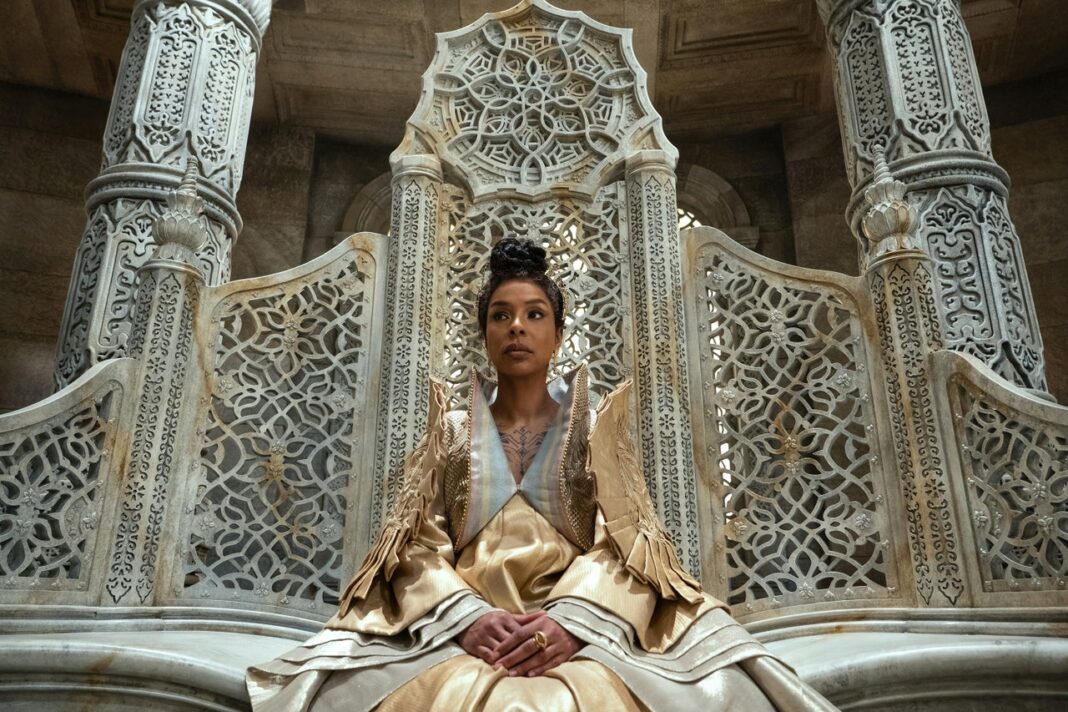 The Aes Sedai are headed by a lady known as the Amyrlin Seat on the “Wheel of Time”; here’s everything you need to know about the Aes Sedai leader. This character has been mentioned a few times throughout the show but has yet to appear on screen in any of the five episodes. The Amyrlin Seat, on the other hand, has already been cast and is set to debut in the first season of “Wheel of Time”.

The Aes Sedai and how they function in the “Wheel of Time’s” world have been revealed thanks to Amazon’s adaptation of Robert Jordan’s award-winning books. The White Tower in Tar Valon is home to this association of female channelers. Members of the Aes Sedai are divided into seven Ajahs, each of which is represented by a different hue. Each of the seven Ajahs has its own set of goals, opinions, and laws. The Three Oaths bind every Aes Sedai, regardless of whose Ajah they serve, and ensure that they do not abuse their power or the One Power.

Each of the White Tower’s seven Ajahs has its own leader, but in “Wheel of Time”, there is only one Aes Sedai to whom everyone in the organization reports. The Amyrlin Seat, the highest authority in the White Tower, is held by the Aes Sedai leader. Siuan Sanche (Sophie Okonedo), who was previously shown in previews for the series, is the current title holder. Siuan, like Moiraine, was an Aes Sedai of the Blue Ajah in the novels. When an Aes Sedai is “raised” to Amyrlin Seat, however, they become the leader of all Ajahs and are no longer tied to a particular party. The Amyrlin is also assigned a second-in-command, known as the Keeper of the Chronicles. Siuan’s Keeper is a character named Leane Sharif who, like Siuan, has been cast in the show but has yet to be seen (with Jennifer Cheon Garcia).

The Amyrlin Seat is given a clear image in the “Wheel of Time” books, including how much power she wields, what function she plays, and how she came to be in the first place. The Amyrlin Seat is chosen by the Hall of the Tower, which is made up of representatives of the Aes Sedai’s seven Ajah colors. Every Ajah elects three members to vote for the Aes Sedai they believe should lead them. The Amyrlin Seat is then voted for life by the person they choose. An Amyrlin Seat can rule for centuries because Aes Sedai can live for hundreds of years. During their reign, the various nations in the “Wheel of Time’s” universe regard them as if they were a queen. Despite the fact that the Amyrlin is usually one of the most respected persons in the kingdom, they can be deposed. If enough Aes Sedai believes her decisions are not in the White Tower’s best interests, she can be overthrown and replaced by a new Amyrlin.

Siuan is one of the most important characters in the books and one of the only people who understands the truth about Moiraine’s actual objective, so expect a lot from the Amyrlin Seat in Amazon’s “Wheel of Time” show. Moiraine murmured her name in her sleep in episode 3, implying that they had some type of relationship. Other comments suggest that the two may have a strained relationship. More on this will most likely be revealed later in the season when both Siuan and Leane enter the “Wheel of Time’s” Dragon Reborn plotline.

In “Elden Ring”, Are You Stuck On Margit Or Godrick? Follow These 7 Steps To Overcome Them