5 Reasons Why To Watch “The Wheel of Time” 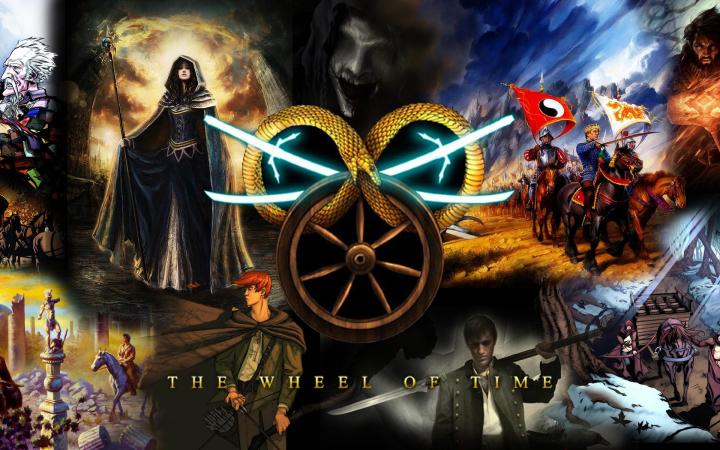 Prepare to behold a new planet come to life and go on a new adventure that promises to be nothing short of fantastic. Here are five compelling reasons for fans to mark their calendars and tune in to the forthcoming series:

Rosamund Pike (I Care a Lot) will play Moiraine, a member of the powerful and mystical all-female order known as Aes Sedai, in the upcoming fantasy drama. Josha Stradowski (Just Friends) portrays Rand al’Thor, Marcus Rutherford (County Lines) portrays Perrin Aybara, Zo Robins (Power Rangers Ninja Steel) portrays Nynaeve al’Meara, Barney Harris (Starboy) portrays Mat Cauthon, Madeleine Madden (Dora and the Lost City of Gold) portrays Egwene al’Vere. This is only the tip of the iceberg in terms of possibilities. There are a slew of other depictions to be aware of.

3. Storyline is based on series of novels

There are a lot of interesting characters in “The Wheel of Time”. The power of the novels resides in their capacity to delve into each character’s story and convey it from their own point of view. This level of nuanced storytelling would be refreshing to see onscreen. It’s also nice to see a plot centered on a group of strong female characters, especially given the series’ first book was published in 1990. The main plot follows the Aes Sedai, an all-female organization that travels to various regions of the world in quest of the Dragon’s reincarnation, who is foretold to either save or destroy the world. The plot is made much more interesting by the air of mystery that surrounds it.

2. Rosamund Pike turns everything into gold

It’s nearly impossible to resist the allure of the multi-award-winning English actress. Her admirers may have become accustomed to seeing her take on difficult and varied parts in her previous movies, but this new role is unlike any other. In the series’ recently released teaser, viewers got a look at Pike in all her hooded magnificence. To say the least, it gave me goosebumps. From here, everything can only get better. It’s only fitting that such a formidable role is played by one of today’s most outstanding actresses. This might be the start of yet another award-winning performance.

1. The long wait will be worth it

The series adaption has been in the works for a few years now. Last year, Amazon Studios announced that the adaptation of “The Wheel of Time” had been greenlit. Since then, the series production has faced a number of challenges, including the outbreak of the COVID-19 pandemic. The road to its release may have been rough, but eager spectators will no longer have to wait long. The first season will have eight episodes and will premiere on Amazon Prime Video on November 19, 2021, followed by weekly installments until December 24, 2021. There’s more excellent news to come! The show has already been renewed for a second season, despite the fact that the much anticipated series premiere is still a few months away. After all, the long wait is beginning to seem worthwhile.

Previous articleBefore You Watch “Y: The Last Man” You Need To Know These Facts
Next article3 Things To Know About “Our Kind of People” TV Show