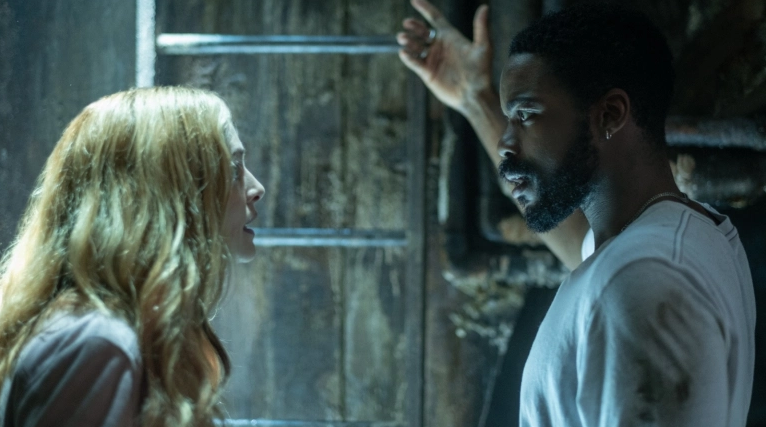 The structure of The Stand was fairly predictable. The first two episodes were dominated by a couple of characters. They gave backstories to Stu Redman, Harold Lauder, and Lloyd Henreid. Although “Blank Pages” could be argued to center Nick Andros and Nadine Cross, the first episode feels more like an ensemble affair. It expands into scenes that don’t involve either Nick or Nadine, such as one between Stu (Greg Kinnear) and Glen Bateman. It’s starting to bring together the whole cast and it’s becoming easier to spot its strengths and flaws. It’s another episode with slow pacing that is a little disappointing, but it allows for deeper character work from people like Kinnear or Marsden. It’s a rich scene that shows them discussing rebuilding society. It is a shame to rebuild something that can be destroyed so quickly. It is unlikely that we would want it to be rebuilt the same.