Gwendoline Christie’s portrayal of Lucifer in Netflix’s “The Sandman” confirms the show’s commitment to offering an accurate version of the iconic graphic novel series. Christie’s face is framed by golden hair and the tips of a pair of bat-wings in the two posters, which were issued as part of the DC FanDome 2021 virtual event. This corresponds to Lucifer’s appearance in the first issue of “The Sandman”.

“The Sandman“ was one of the most notable adult series to come out of DC Comics’ Vertigo label, originally published across 75 monthly issues and one special from 1989 to 1996. The series went on to win multiple awards and helped to establish the idea that sophisticated stories for adults could be told through the medium of comic books by detailing elaborate mythology built around Dream of the Endless, who was one of seven god-like beings born of humanity’s subconscious needs.

“The Sandman” went on to inspire a slew of spin-offs and specials based on the characters who occupy Neil Gaiman’s world. The most successful of these was a solo series dedicated to Gaiman’s interpretation of Lucifer, the fallen angel who left Hell to operate a piano bar in Los Angeles. As a result, a television series featuring Tom Ellis as the Devil himself was created, which ran for six seasons and concluded recently.

Many people are perplexed as to how Lucifer can be represented by a woman in the Netflix adaption of “The Sandman”, given the popularity of the Lucifer series. Some pointed to previous instances of “The Sandman” showrunners attempting to diversify the series’ cast, such as the apparent race and genders of various characters being modified for the adaption, and blamed “woke culture.” Many of the characters in “The Sandman” are not human, and some (such as the Endless) are believed to appear to mortals in the guise of whatever the mortal thinks a deity of Dreams or manifestation of Death should look like. Gender, like their appearance, is a personal choice for such beings. 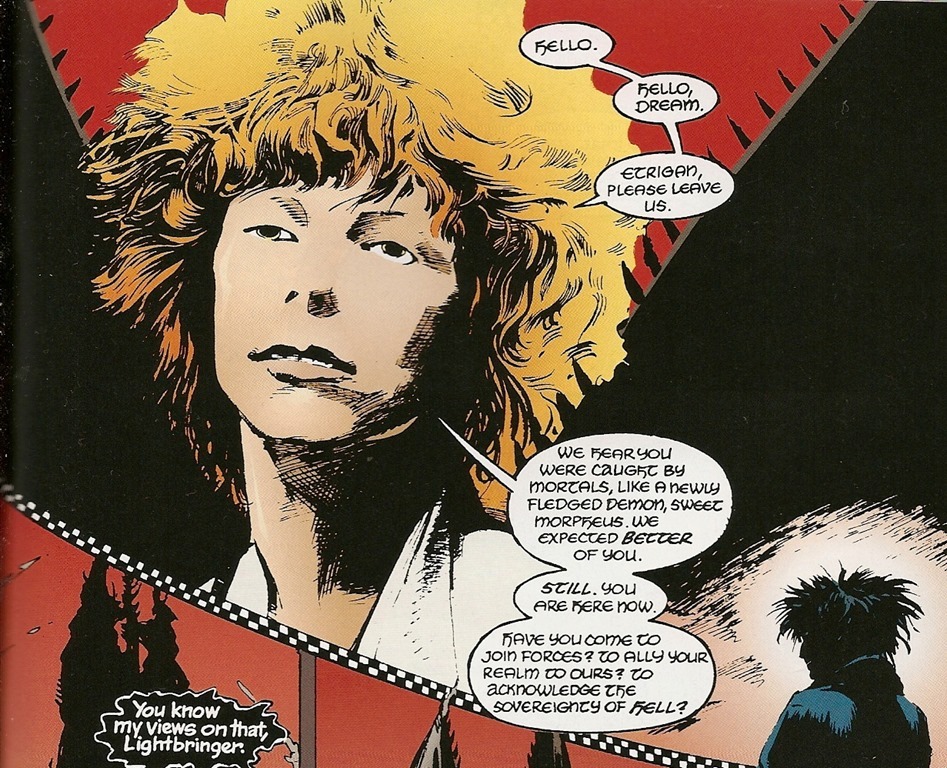 Lucifer, who was based on gender-bending musician David Bowie, is a perfect example of this. Lucifer was shown to have no genitalia, male or female, on multiple occasions, despite the fact that he identified as masculine and used male pronouns when not speaking of himself with the Royal we. This was the situation for all angels in the Vertigo Comics universe, and it was predicated on certain theologians’ idea that angels, as beings of pure spirit, would not have reproductive organs because they were never meant to breed like animals. Lucifer was also revealed to have some control over his appearance since his solo series ended with him refusing to repair a scar on his face that had been left to prove he was above vanity.

Given this, there’s no reason Lucifer couldn’t take on a more powerful, feminine persona, and there’s no reason Gwendoline Christie couldn’t play the bat-winged King of Hell in Netflix’s “The Sandman”. When a self-described “Sandman purist” questioned him on Twitter about Christie’s casting, Gaiman made it apparent that he was disturbed by the “continuous recasting of masculine roles to female actresses.” Gaiman responded that he felt he was a far greater purist than anyone else when it came to “The Sandman”, and that he had no objections to “a genderless androgynous character without a penis being played by a brilliant actor who, thankfully, also doesn’t have a penis.”