“The Sandman” Image Shows Matthew The Raven For The First Time 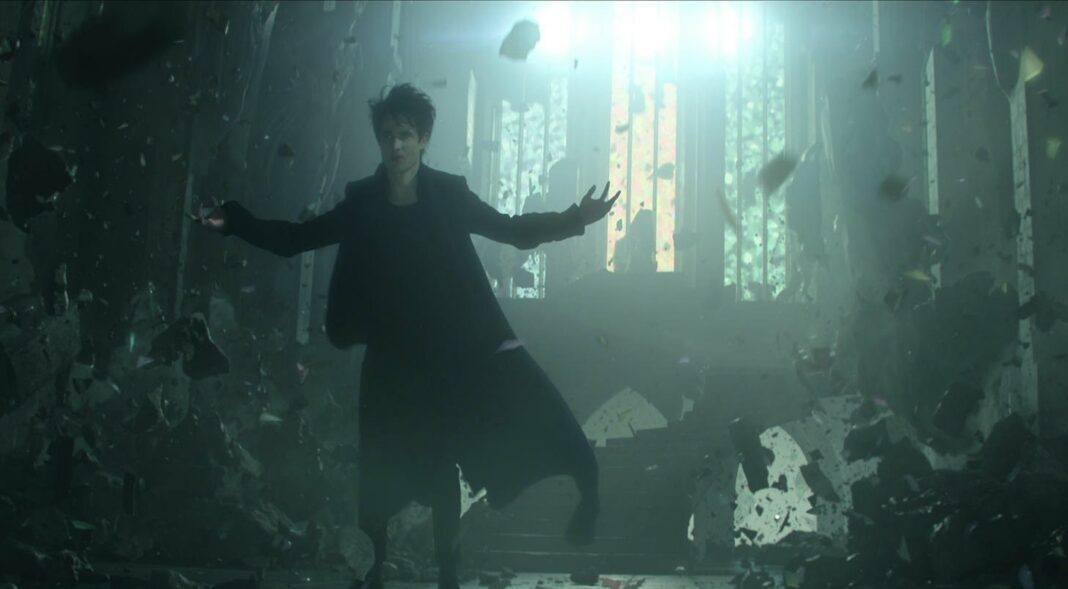 A new picture for “The Sandman”, the Netflix series based on Neil Gaiman’s books, features Dream and his trusty envoy Matthew the Raven.

In “The Sandman”, a stunning graphic gives us our first glance at Matthew the Raven. Netflix has acquired the rights to develop “The Sandman”, based on Neil Gaiman’s graphic novel series published by DC Comics. Along with David S. Goyer and Allan Heinberg, Gaiman acts as executive producer. Filming on “The Sandman”, which had been delayed due to the Covid-19 outbreak, finished in August of last year after receiving an 11-episode season order.

Dream/Morpheus, the king of dreams and the Dreaming, returns to his domain after being kept captive by mortal men in the Netflix series. Gwendoline Christie will play Lucifer, Vivienne Acheampong will play the Dreaming librarian, Boyd Holbrook will play the Corinthian, Charles Dance will play the occultist Roderick Burgess, Jenna Coleman will play John Constantine’s ancestor Johanna, and David Thewlis will play Doctor Destiny in Netflix’s Sandman adaptation. Patton Oswalt, a long-time admirer of the narrative, will voice Dream’s ambassador, Matthew the Raven.

In “The Sandman”, a stunning photograph offers fans their first glance at Dream’s loyal raven, Matthew. Dream kneels before Matthew, the Raven, while rain pours down behind them, according to “The Sandman”‘s official Twitter account. “You are my eyes, Matthew,” says the caption on the photo. Check out the following article:

You are my eyes, Matthew. pic.twitter.com/zVoEgIE9eV

Many fans are interested to witness Dream and Matthew’s interaction in the next season, as seen by the comments below this post. In “The Sandman” comic book, Morpheus is a prideful and reclusive figure, yet Matthew may be one of the few persons the lord of the Dreaming can call a friend. Fans will be hoping that Netflix’s adaptation of the DC comic book series will replicate Gaiman’s Good Omens show’s popularity on Amazon Prime Video, so accurately translating the pair’s connection to the screen will be critical to that success. So far, this peaceful image of Dream and his raven has established the tone for the rest of the series.

It’s taken a long time for a picture of Morpheus and Matthew together. For over thirty years, a film version of “The Sandman” had been locked in development hell until Netflix snatched it up as a television series. Then, due to the epidemic, manufacturing was put on hold. Fans are eager for any news on “The Sandman” as its release date approaches after such a long wait. The introduction of this new photograph is guaranteed to heighten interest in the program.