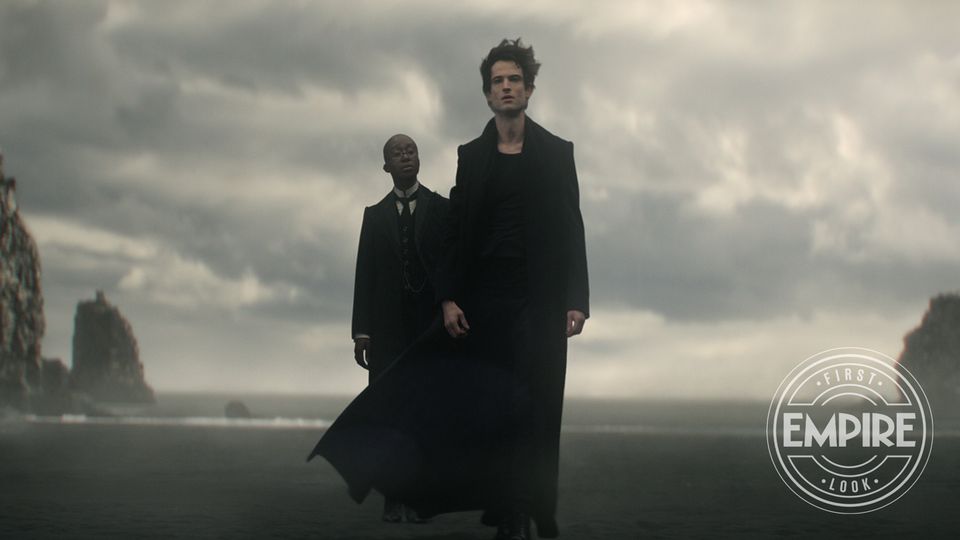 According to reports, the budget for Netflix’s adaptation of Neil Gaiman’s comic “The Sandman” has been revealed, hinting at a massive production to bring Neil Gaiman’s comics to life. Morpheus, also known as Dream, is one of the seven eternal creatures known as the Endless who is captured in an occult ritual in 1916. Tom Sturridge leads the cast of the DC Comics adaptation as Morpheus, also known as Dream. Morpheus embarks on a trip to help restore his once-powerful realm of the Dreaming, which has floundered in his absence after he is eventually released after 105 years of captivity.

Gwendoline Christie, Vivienne Acheampong, Boyd Holbrook, Charles Dance, Asim Chaudhry, Kirby Howell-Baptiste, Sanjeev Bhaskar, Mason Alexander Park, Jenna Coleman, David Thewlis, and Joely Richardson join Sturridge in the cast of “The Sandman”. With executive producers David S. Goyer and Allan Heinberg, Gaiman has helped develop the series for Netflix, which has acquired the rights to the long-awaited adaptation. With “The Sandman’s” world being so magical and vast, one would think that the streamer wouldn’t cut back on funding the project, yet it appears that they have avoided this problem.

While fans wait for word on when the series will premiere, Deadline has revealed “The Sandman’s” massive production costs. In an extract from their book Binge Times, Dade Hayes and Dawn Chmielewski discuss the intense bidding battle that occurred for Gaiman’s graphic novels, which involved both Netflix and Hulu. When talking about the latter winning out in a “pricey agreement” with Warner Bros. TV, it was revealed that each episode of “The Sandman” costs $15 million.

Given Gaiman’s elaborate worldbuilding in the source material, fans of “The Sandman” comics may find solace in the show’s massive budget on Netflix. Gaiman has voiced his delight at the level of detail put into bringing “The Sandman” comics to life for the series, with a behind-the-scenes video showing the co-creator walking through some of the sets and studying the concept art for the adaptation, applauding the work thus far. With David S. Goyer hinting that the series will tackle some of the comics’ most difficult stories in “genre-bending” episodes, a minimum budget of $15 million for each episode is sure to be successful.

“Sandman’s” massive production expense, on the other hand, is cause for alarm. Netflix, for example, spent a lot of money adapting beloved anime “Cowboy Bebop“ into live-action, only to cancel it after one season due to a drop in ratings after its release, and is currently spending a lot of money to expand its Witcher franchise, all while its stock is falling and its subscriber base is shrinking due to a variety of policy changes. When “The Sandman” arrives on Netflix later this year, only time will tell whether its massive production budget works in its favor or against it.