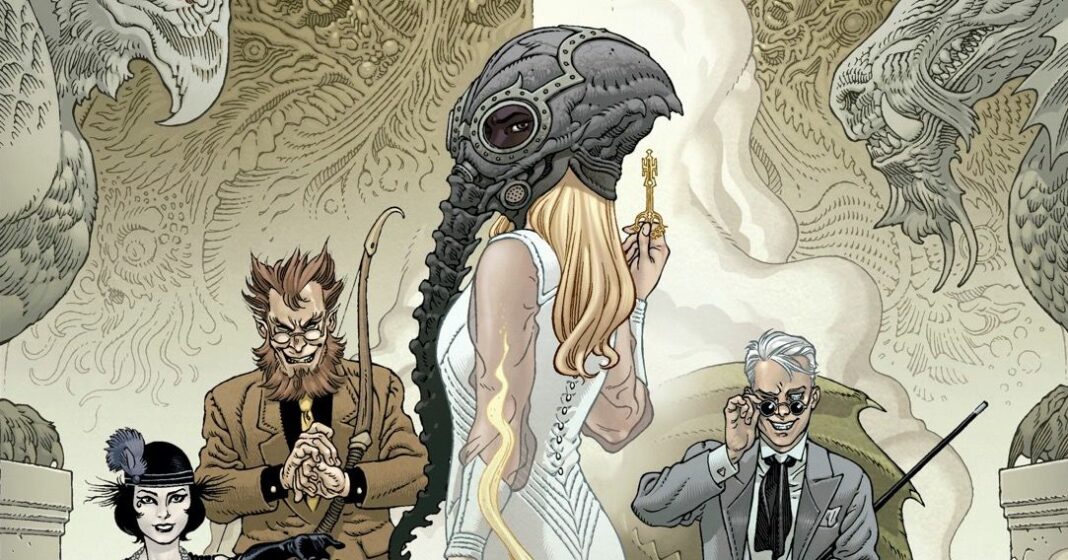 Mary Locke journeyed into Hell to recover the soul of her long-lost brother in a crossover between two acclaimed comics, IDW Publishing’s Locke & Key and DC’s “The Sandman”, this past year. While both comic book properties are being made into Netflix live-action shows, Locke & Key producers Joe Hill and Gabriel Rodriguez are wary of a possible television crossover.

The possibility of a crossover between the two shows was discussed in an exclusive roundtable conversation with CBR, following in the footsteps of the recently concluded comic book miniseries Locke & Key/The Sandman Universe: Hell & Gone. While Hill and Rodriguez are receptive to the idea, they believe the two TV shows should focus on presenting their own stories rather than collaborating.

“Never say never but, as a Sandman fan, my feeling is that I want to see Neil Gaiman’s Sandman stories,” Hill told CBR. “That’s what everyone wants, so my instinct is no [to the possibility of a crossover]. The two have had this nice moment where they got to hold hands in the comic books.”

Rodriguez concurred with Hill’s assessment, noting that it took “six volumes of Locke & Key and ten years to establish a world and idea for a worthy enough story” for a Sandman crossover, whereas television creative teams are focusing on creating the best possible individual episodes. Hill, on the other hand, is open to collaborating with Rodriguez on a second comic book crossover between the two stories after having enjoyed the experience of making Hell & Gone.

“It’s always possible that there might be another Locke & Key story in the comics that explores some of the outer corners of the Sandman Universe,” Hill continued, clarifying, “Specifically, I would like to do another story, if for any other reason, to explain why the two universes overlapped in the 1920s but don’t by the time we get to Kinsey, Tyler, and Bode because Kinsey, Tyler, and Bode do not exist in a universe with Batman and Superman.”

Hill concluded by noting, “But it is clear that Roderick Burgess is in a universe with Superman and Batman. There’s a story in my head that explains why those two universes split apart and we need to do another Mary Locke story to tell that.”