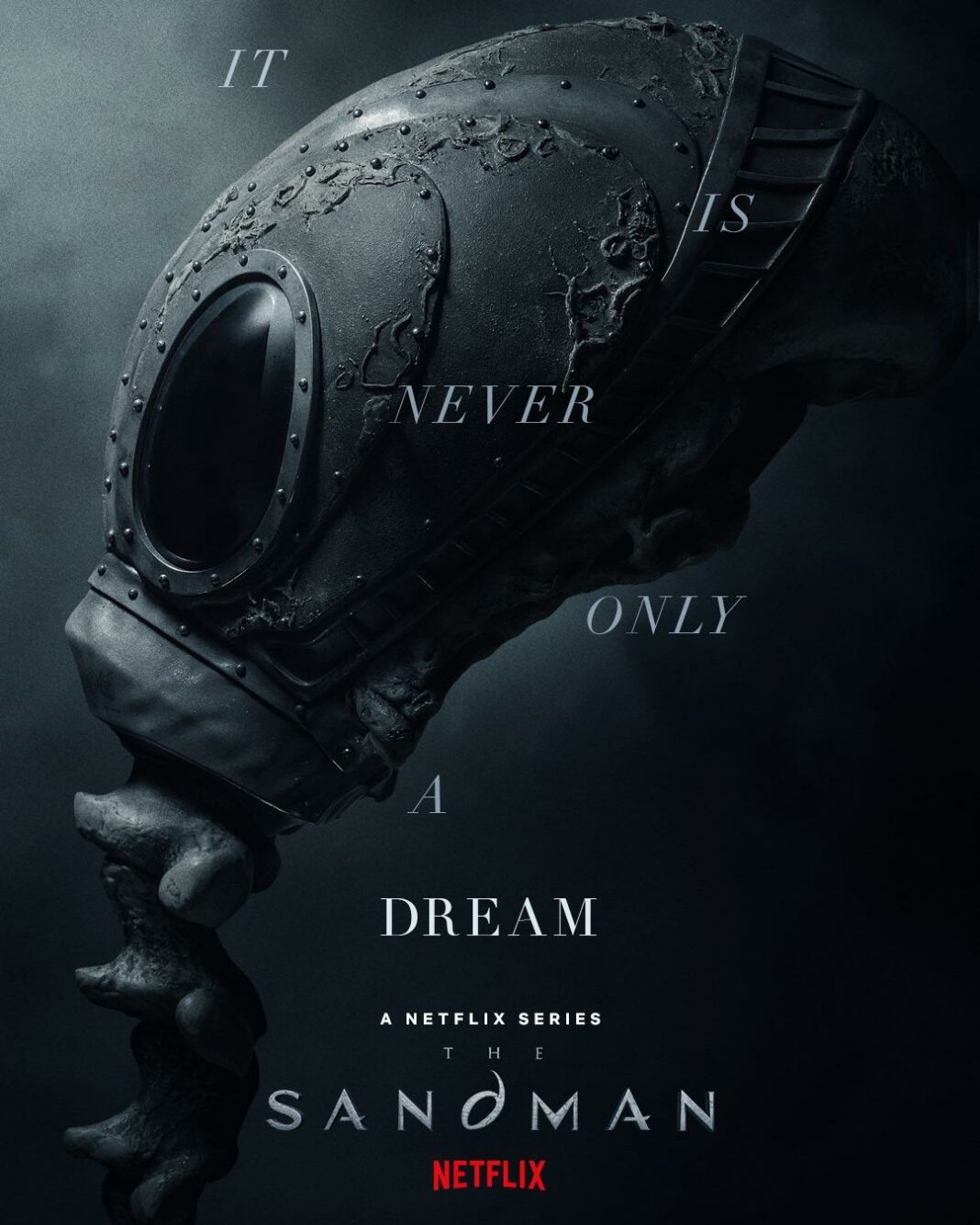 Netflix has unveiled an exclusive first look at “The Sandman”, their upcoming live-action adaptation. This series will be based on Neil Gaiman’s seminal comics, which lasted from January 1989 to March 1996. The Dream is one of the Endless, a group of seven immortal siblings that embody metaphysical world concepts. Dream, also known as Morpheus, is kidnapped during World War I and later escapes, pleading with the other Endless (Destiny, Death, Desire, Despair, Destruction, and Delirium) to help him restore his kingdom of the Dreaming. “The Sandman”, according to producer David S. Goyer, will take on the series’ most difficult and unfilmable stories in an “interesting and genre-bending” approach.

The Dream is played by Tom Sturridge, Lucifer is played by Gwendoline Christie (the same character played by Tom Ellis in Netflix’s Lucifer), Corinthian is played by Boyd Holdbrook, Roderick Burgess is played by Charles Dance, Desire is played by Mason Alexander Park, and Death is played by Kirby Howell-Baptiste. The first season will adapt the comic book’s first two volumes, which include 16 issues. Season 1 of “Sandman” wrapped production in August, but no other details have been revealed as of yet.

Neil Gaiman, Tom Sturridge, and Kirby Howell-Baptiste unveiled the first look at “The Sandman” at Netflix’s global live broadcast fan event TUDUM. They released a brief video showcasing how the series will bring the original comic’s trippy fantasy world to life. They also announced the launch of the show’s social media pages, where they would be releasing first look character posters.

Check out the first trailer for “The Sandman”, below:

This footage advises, “You’re going to need all the aid you can get.” A gang of cloaked people leads by Charles Dance summon Tom Sturridge’s Dream, who comes nude in the center of a pentacle, Terminator-style, in the exclusive video. Despite his angelic, childlike appearance, Dream exerts a captivating aura, endowed with absolute power, even while imprisoned in a Loki-style prison. He won’t be held captive for long.

Netflix hasn’t given viewers much to chew on so yet, but this little trailer demonstrates that they will take their responsibilities seriously. Neil Gaiman is producing and co-writing the pilot for “The Sandman”, so he’ll be on board to steer the ship in the correct direction. Everything about this initial look screams “awesome,” and fans who have been waiting nearly two and a half decades for a live-action peek must be ecstatic right now.

See the new posters of “The Sandman” below:

I’m not blessed or merciful. I’m just me. I’ve got a job to do and I do it. pic.twitter.com/8ChSWT9Mxh

Human beings are the creatures of desire. They twist and bend as I require it. pic.twitter.com/kOSb6WvGFf

I am the Lord of Dream and Nightmare. pic.twitter.com/8t8NI9PZZd