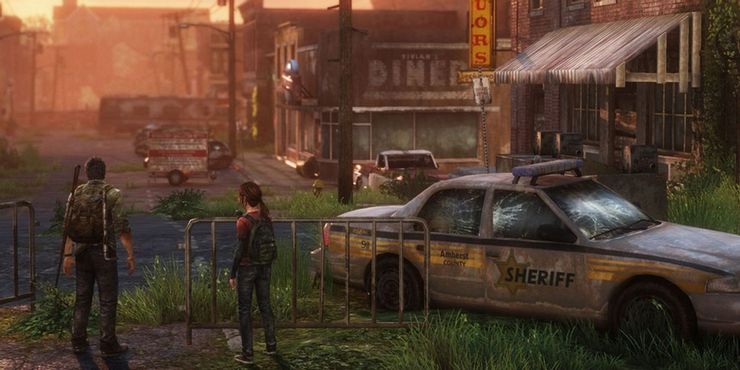 New photos from the set of HBO’s “The Last of Us” reveal how the show turned Alberta, Canada into a post-apocalyptic Boston, Massachusetts. Many consider Naughty Dog’s original “The Last of Us” to be one of the best video games of the last decade, owing to its strong character development and compelling story. Having said that, there have been rumors about a “The Last of Us” feature film since 2013. Creator/director Neil Druckmann, on the other hand, thought that a television version of the property would be better suited to the small screen.

Thanks to Reddit user Sith Reaper28, photos from HBO’s “The Last of Us” production have leaked online. The set photos show the production’s meticulous attention to detail as it transforms Alberta into a post-apocalyptic Massachusetts. Check out the photos at the link below here.

Images of the set after it was turned into Austin, Texas for the series’ pilot, which wrapped filming in August, have been emerged. For those unfamiliar with the games, the prologue takes place in Texas during the breakout, with the rest of the game taking place in the Boston Quarantine Zone 20 years later. After the pilot, the series is expected to pick up with Joel and Tess in the Boston Quarantine Zone, where they will meet Ellie and get entangled with Marlene.

“The Last of Us” is one of Canada’s most expensive projects, with an estimated eight-figure expenditure per episode. It appears that a significant amount of money is being spent on making the post-apocalyptic environment feel as authentic as possible. From the license plates, barbed wire, and barren buildings to the impending menace of clickers, HBO’s adaptation appears to stay true to the franchise’s core elements while crafting a story that is entirely unique to the program. Joel and Ellie will almost certainly remain the series’ central characters. The addition of fresh people and locales, on the other hand, should elevate it to a new level. Although no official release date has been set, rumors suggest it will be sometime next year.

Previous article“Foundation” TV Show Is Renewed For The Second Season
Next articleWhy “Lord of the Rings” Hobbits Won’t Be White?