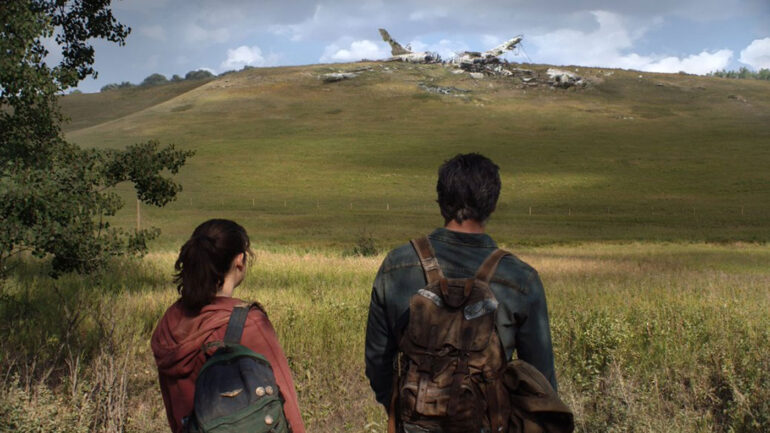 The first photograph of Joel and Ellie from “The Last of Us” TV program has surfaced, and it’s spot-on. “The Last of Us” soon became one of Naughty Dog’s most popular video games, alongside Uncharted and Crash Bandicoot. The PlayStation exclusive game was critically lauded and won numerous Game of the Year awards when it was released in 2013. While not as well-received as the first, The Last of Us Part II provided gamers with a pleasant follow-up centering on a mature Ellie.

With the game’s success, it was only a matter of time until “The Last of Us” was converted into a film or television series. Pedro Pascal will portray Joel and Bella Ramsey will play Ellie in “The Last of Us”, which will be adapted into a series rather than a film. The pilot episode of HBO’s “The Last of Us” is presently in production, with the premiere episode set to air at the end of August. As a result, a few photographs of Pascal filming the game’s legendary prologue with Tommy actor Gabriel Luna have surfaced online. A new image has been released that provides a clearer look at the upcoming Last of Us adaptation.

Joel and Ellie have received an official look from Neil Druckmann, co-president of Naughty Dog. Although neither Pascal nor Ramsey’s faces are visible, both characters appear to be quite identical to those in the original game. The game director for “The Last of Us” also expressed his delight at seeing the actors in costume for the first time, as well as assuring fans that the show is moving forward “full steam ahead.”

You can see image from “The Last of Us” below:

When I first saw them on set in full costume, I was like: “Hooooooly shit! It’s Joel & Ellie! 😭!”

The @HBO adaptation of @Naughty_Dog‘s The Last of Us is full steam ahead!

Can’t wait to show you more (from all of our projects!) Happy #TLoUDay!!! pic.twitter.com/trq9N340FW

While this is the first official still from the series, there have been a few more photos from the set of “The Last of Us” that have been leaked. Images emerged online in July depicting what appeared to be a scene from the midst of the breakout, complete with fire trucks, police officers, and SWAT cars. Luna uploaded a snapshot of him and Pascal shooting the pilot episode around the same time. Other recent leaks revealed quarantine zones that, like the image above, appear to be highly game-accurate.

Although “The Last of Us” is a highly profitable IP, some are apprehensive that a film adaptation may fall short of the video game’s quality. Movies based on video games are notorious for underperforming at the box office and with critics. However, based on what we’ve seen so far, HBO may be able to offer a compelling adaptation of “The Last of Us”. It’s also comforting to know that Druckmann is extensively involved in the project, even directing an undefined number of episodes. Given how successful “The Last of Us” is, HBO is undoubtedly prioritizing the show, which means fresh photographs of the show should be arriving shortly.