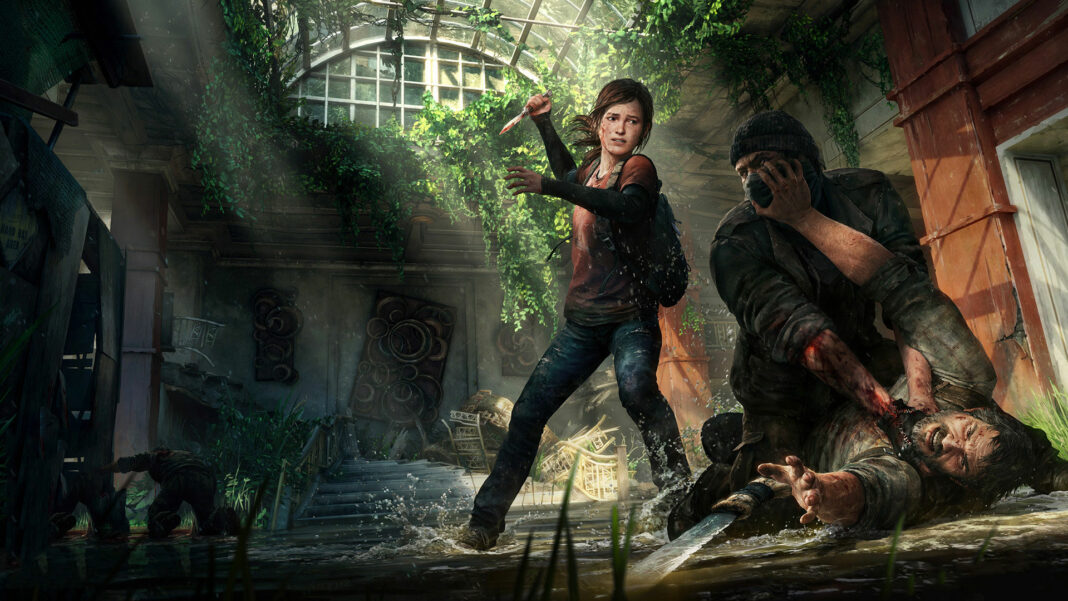 “The Last of Us”, based on the video game of the same name, is set to premiere on HBO, and several significant characters have already been confirmed to star in the show. Season one of the program will depict the story of the first game and will stay true to the original narrative with certain modifications, according to the show’s creators. Which characters have been verified begins to reveal how close they’ll stick together and where they’ll be changing.

“The Last of Us” is set 20 years after the United States (and, presumably, the rest of the globe) has been overrun by a cordyceps brain virus that takes over the bodies of its victims and transforms them into zombie-like creatures. Joel Miller (Troy Baker) is charged with guiding Ellie (Ashley Johnson) across a land infested with both infected and aggressive (and often cannibalistic) human tribes. As they search for treatment for the sickness, they are assisted by old acquaintances, other survivors, and estranged family members.

Since the game’s initial release in 2013, an adaptation of “The Last of Us” has been stuck in development hell (a problem that previously plagued the adaptation of Naughty Dog’s Nathan Drake-led Uncharted). Originally planned as a feature film to be produced by Sam Rami, the project was shelved in favor of a series, with Neil Druckmann (the game’s creative director) pleased that the series would be able to maintain the original game’s atmosphere. While filming has been ongoing for some time, new casting announcements are continually being made as production moves forward in each of the year’s four seasons to keep the mood of the original video game story. HBO’s version of “The Last of Us” is set to premiere in mid to late 2022. 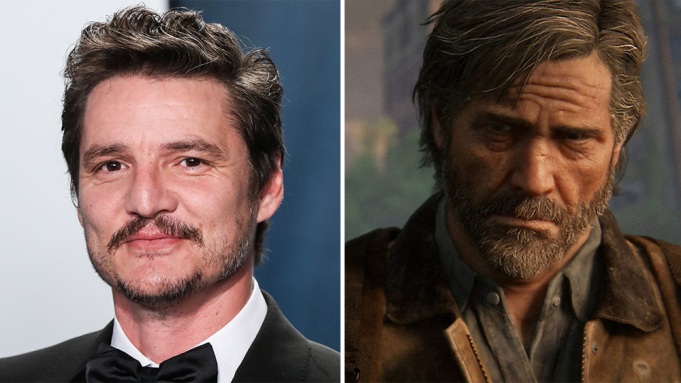 Joel has built a life as a smuggler and kept alive by adopting an us-or-them mentality after surviving the initial spread of the fatal zombie illness and the collapse of the government as it was known. As civilization has gathered into quarantine zones rigidly regulated by the Federal Disaster Response Agency (FEDRA) and smaller groups of survivors who live beyond the walls, a black market has sprouted up for supplies and medicine that FEDRA has over-rationed. Joel, who will be played by Pedro Pascal from The Mandalorian, is skeptical about escorting Ellie because he has given up hope for a cure, but he is persuaded to cooperate against his better judgment. For the most part, Joel is the main character in “The Last of Us”, and Pedro Pascal’s casting was one of the first to be confirmed. 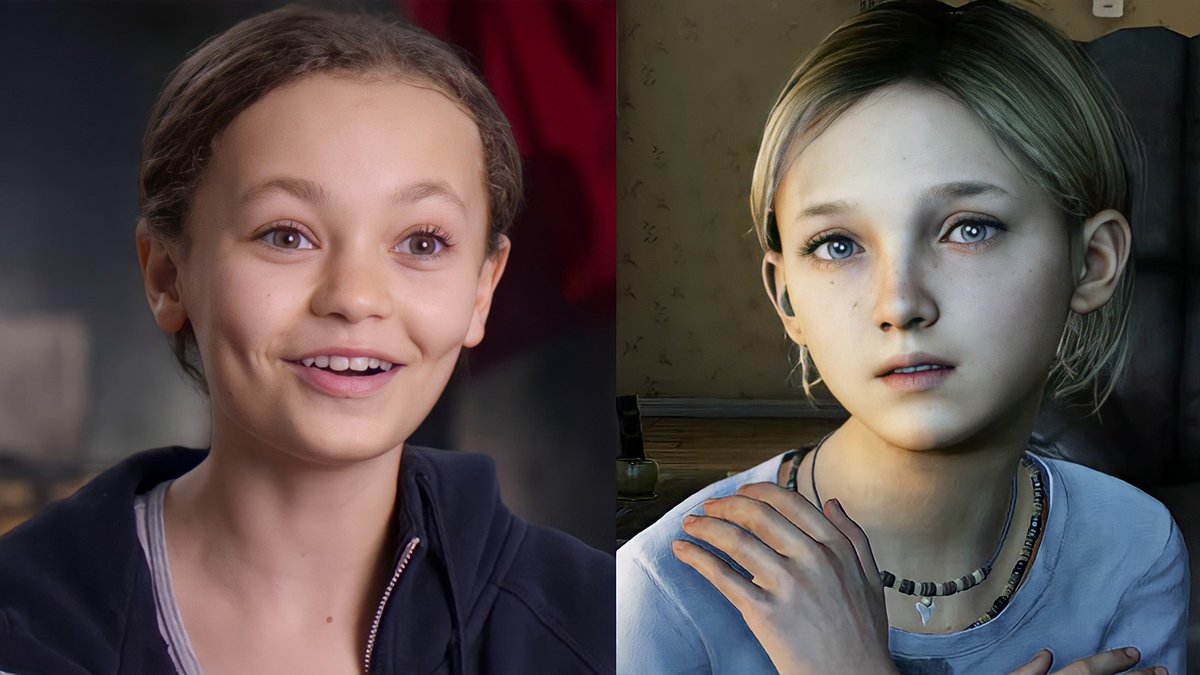 While Sarah Miller appears in only a few scenes in “The Last of Us”, her presence is crucial to the game’s plot. During the opening prologue, Joel’s 12-year-old daughter is killed as they seek to leave the infected, though it is a soldier who fires on them in an effort to confine the outbreak as much as possible. While Joel survives the confrontation, Sarah’s death reinforces his suspicion of organizations and his apprehension to work with Ellie. Sarah will be played by Nico Parker, who previously acted in Dumbo and is Thandiwe Newton’s daughter. 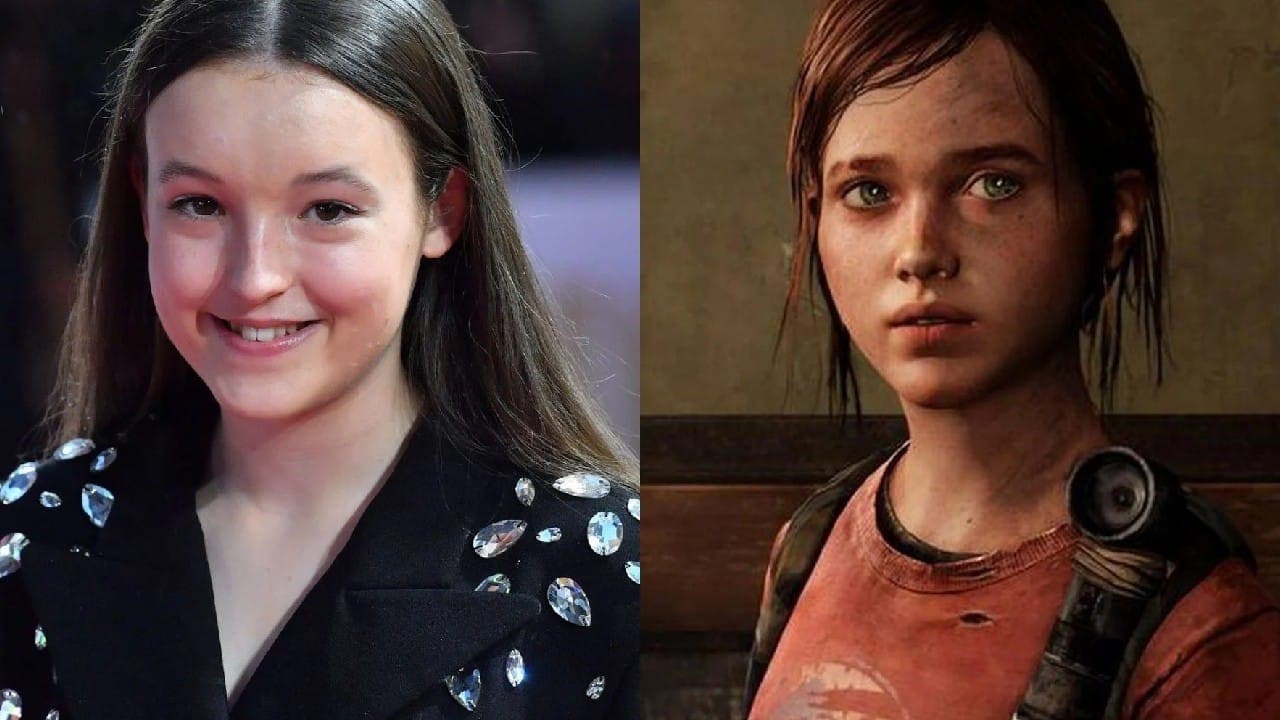 Bella Ramsey, who played Ellie on Game of Thrones, is scheduled to play Ellie. Ellie became a playable character in the latter portion of the previous game and is one of two main protagonists in The Last of Us: Part II, making her more than just a plot device. Ellie is a sassy and self-driven fourteen-year-old in the original chapter, but she was bitten by an infected while out after curfew in a sequence that was expanded on in the Left Behind DLC and the American Dreams graphic novel. Ellie miraculously survived the virus, which has no cure and is invariably fatal and was revealed to be immune to all kinds of cordyceps brain infection. This fueled her optimism that her biology could contain the answer to a cure, and it was the catalyst for her cross-country journey with Joel.

Marlene’s confirmation defied the trend of video game adaptations by announcing that she will be played by Merle Dandridge, the same actress who voiced her in “The Last of Us”. Marlene is the head of the Fireflies, a resistance group attempting to topple FEDRA’s military domination of quarantine zones. While Joel dislikes FEDRA, he avoids Fireflies because he sees them as idealistic and doomed to fail, preferring to rely on his own ruthless instincts to live. Ellie’s mother, Anna, has charged Marlene with keeping Ellie safe, and she is the one who requests Joel to transport Ellie across the nation after Marlene is injured in a firefight. 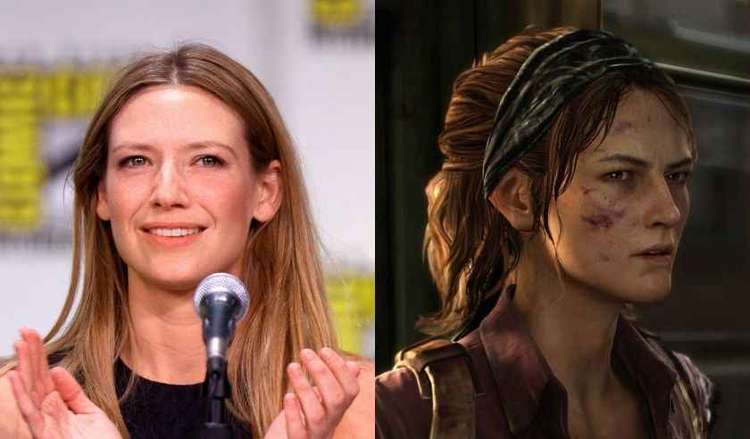 Tess, Joel Miller’s smuggling companion, is just as cutthroat as Joel himself. Tess has a lead on the location of another smuggler, Robert, who is late on paying them for a shipment of firearms at the opening of “The Last of Us”. When she discovers that Robert has sold their weaponry to the Fireflies and has no method of repaying them, she assassinates him, and the Fireflies seek Marlene down. Tess persuades Joel to take the job of escorting Ellie across the country on the promise of a pay boost and then persuades him to stay on with the mission when the stakes are heightened in the hopes of finding a cure. Tess will be played by Mindhunter’s Anna Torv. 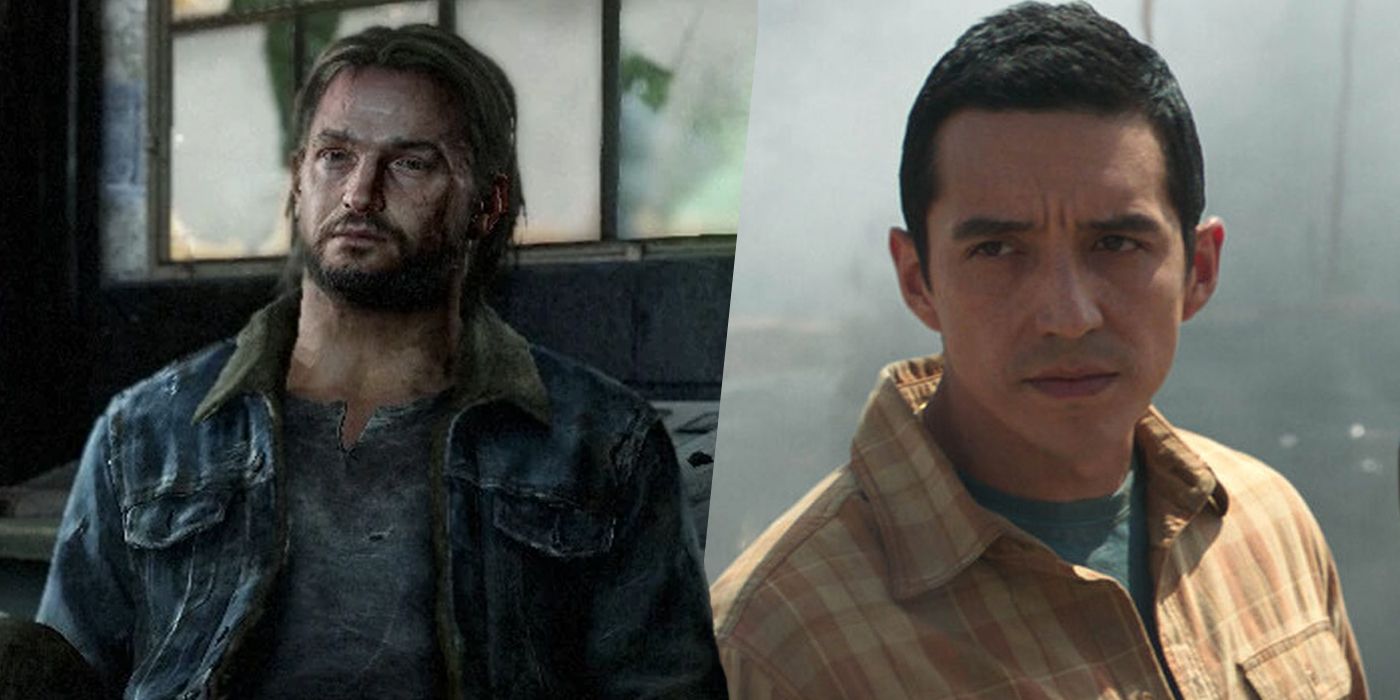 Tommy Miller, like in the game series, is Joel’s estranged brother in HBO’s “The Last of Us”. They were together on the night Sarah was murdered, and they remained together for many years. Tommy eventually became disillusioned with Joel’s vicious dog-eat-dog survival tactics and joined the Fireflies in quest of something better. He has abandoned the Fireflies and is residing in Jackson, Wyoming with his wife Maria at the time of the events of “The Last of Us”. Tommy will be played by Gabriel Luna, according to reports. Maria has been confirmed to feature in the series in honor of International Women’s Day in 2020, but her acting has yet to be revealed. 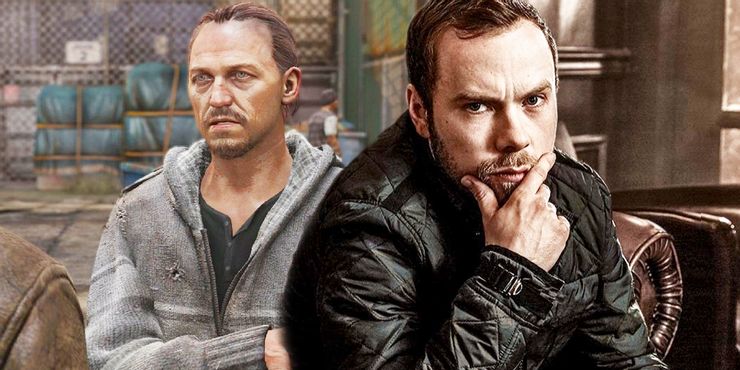 For HBO’s video game adaptation, Brendan Fletcher has been cast as Robert. Robert is a short-lived figure who has dealt with Joel and Tess as a black-market weaponry dealer in the Boston quarantine zone. He also has dealings with the Fireflies, and when he doublecrosses Joel and Tess, the two demonstrate their ruthlessness. 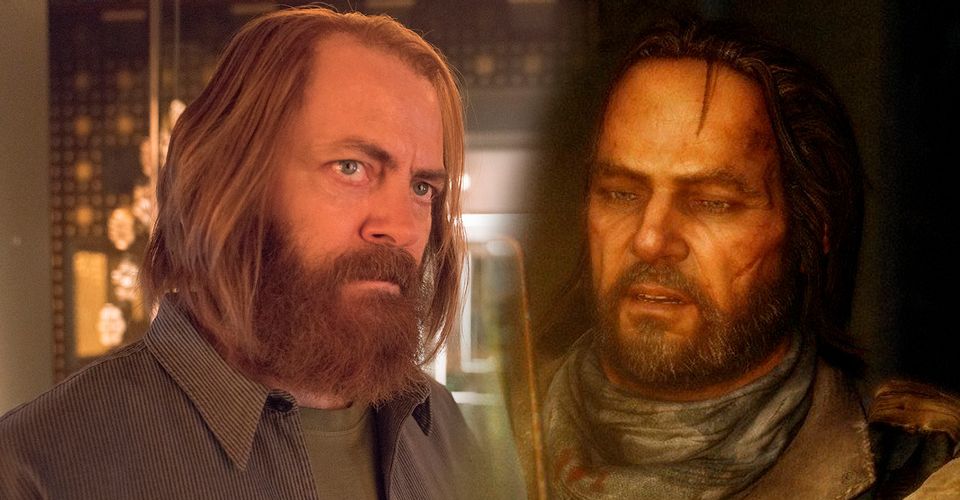 Bill has the entire town of Lincoln, Massachusetts to himself when he is discovered in “The Last of Us” and has set a slew of booby traps to keep both the infected and other survivors out. He has an acrimonious business relationship with Tess and Joel, who rely on him to supply them with supplies for their smuggling operations. Bill resents having his routine disrupted by Joel and Ellie but reluctantly agrees to assist them in obtaining a working vehicle in exchange for previous favors. Con O’Neill was cast as Bill in HBO’s “The Last of Us” but had to step out owing to scheduling conflicts, according to reports. The part of Bill in “The Last of Us” TV series has been replaced, and Nick Offerman will play him. 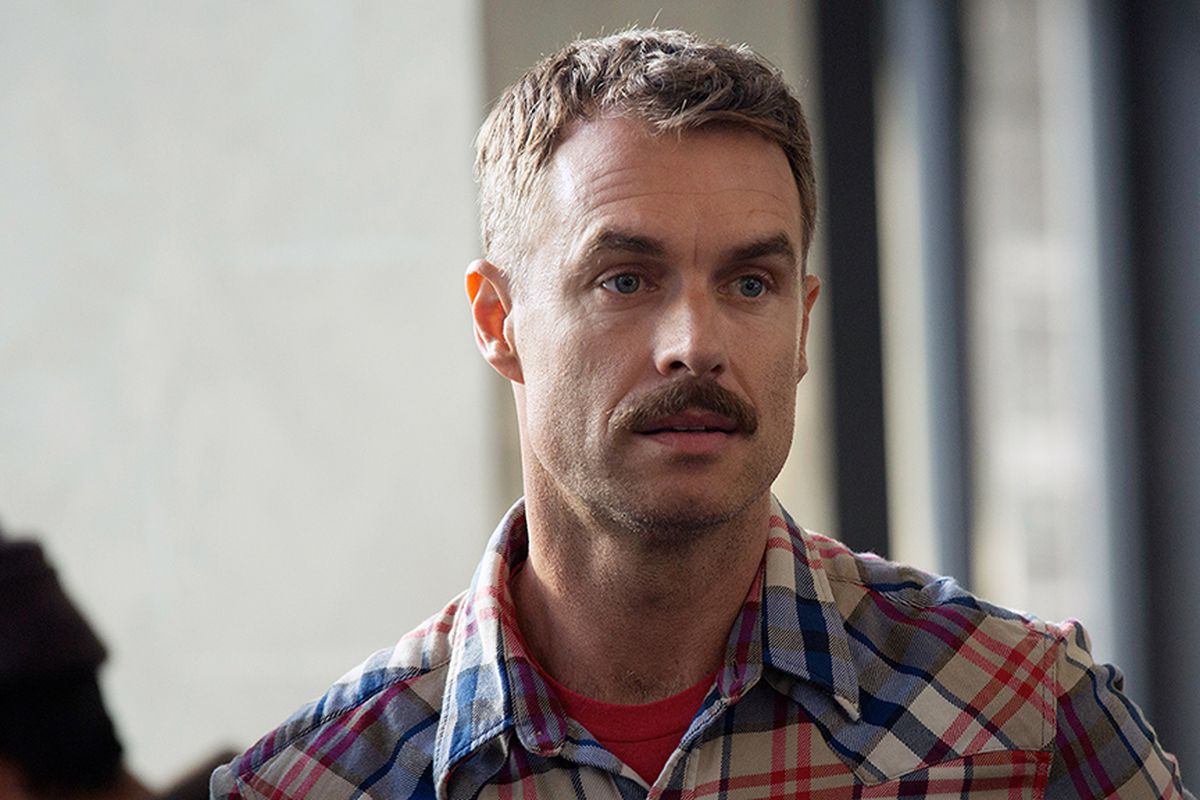 The announcement that Murray Bartlett of The White Lotus would play Frank was the first sign of a bigger departure from the original story. Frank was a part of the game’s LGBTQ+ representation, according to conversations between Joel and Bill and notes found in the game. Frank had previously been Bill’s love partner but had walked out on his own sometime before the events of “The Last of Us”. The guy only appears in the game as a dead body who can only be recognized because he is wearing Frank’s clothing. Because an actor has been cast in this part, the program will most likely either have the character living at the start of the season or use flashbacks to convey more information about the LGBTQ+ relationship.

“The Last Of Us” TV Show’s new characters 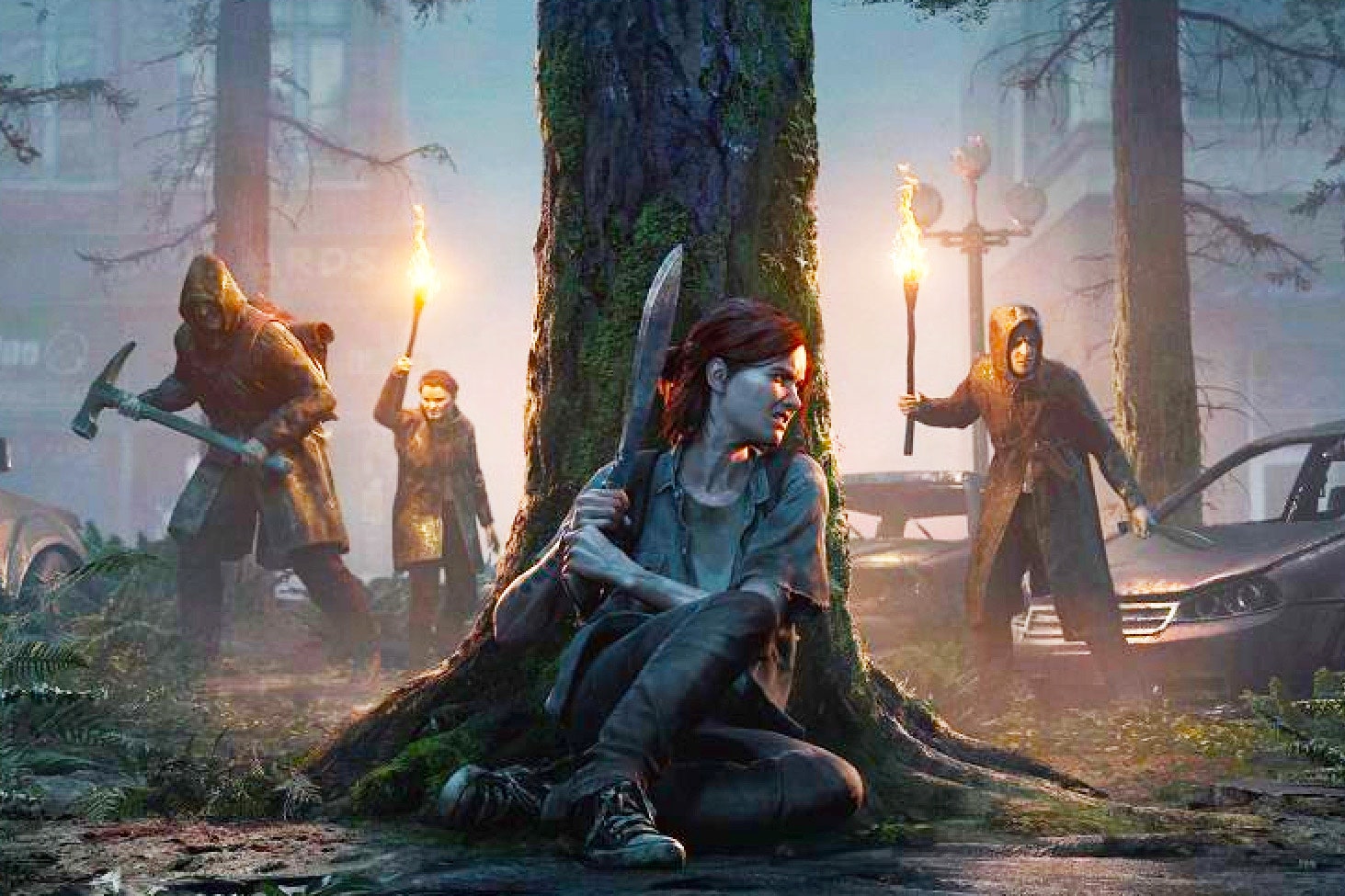 While HBO’s “The Last of Us” may stick close to the original video game’s tale, it is evident that the universe is expanding, since several actors have been cast in parts that do not feature in the original story. Jeffery Piere, who played Tommy Miller in the game, is set to play Perry, a new character. Brad Leland has been recruited as Mr. Adler, while Natasha Mumba has been hired as Kim Tembo, a totally new character.

While fans of “The Last of Us” may be apprehensive about the addition of additional characters, there is no need to be alarmed. Any good adaptation will modify the work to fit the new media. The expanded cast roster will likely aid in a deeper exploration of “The Last of Us'” rich world, and with Neil Druckmann on board, the show will undoubtedly pay homage to the original. Despite speculations that “The Last of Us” season 1 will cover the entire story of the original video game, there are a number of characters who have yet to be cast, including Henry, Sam, and Ellie’s original love interest, Riley.

Previous articleHow Will The Dragon Reborn Change In Season 2 Of “The Wheel Of Time?
Next articleEnding Of “Squid Game” Could Betray Its Message If Season 2 Won’t Explain It

What Really Killed The Men In The Comic Y: The Last Man?