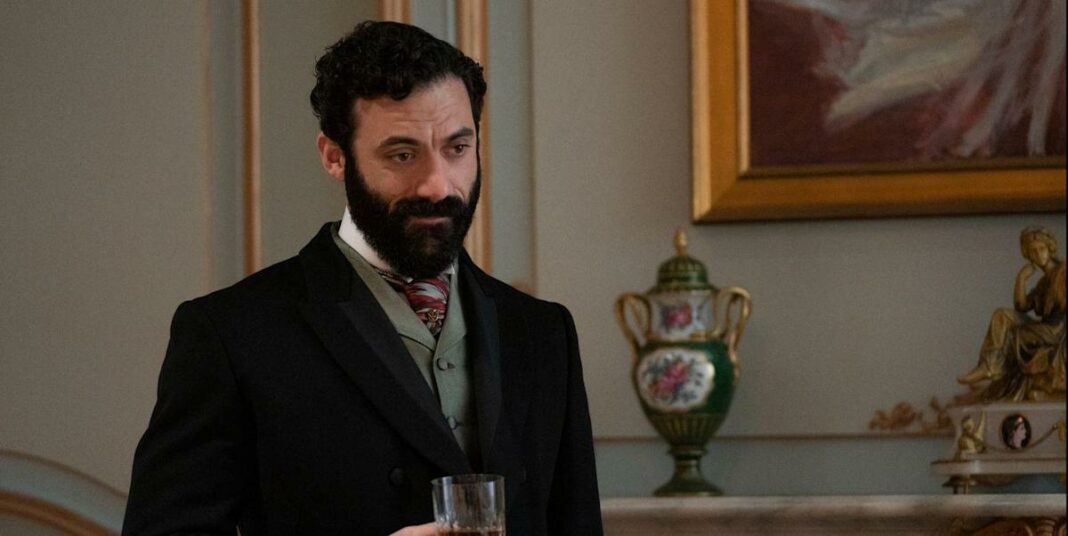 Morgan Spector, who plays George Russell on “The Gilded Age”, has reacted to the period drama’s shocking episode three surprise, in which his character delivered a vicious blow on Patrick Morris that subsequently culminated in tragedy.

After Patrick (Michael Gill) was occupied plotting against George, George was able to gain an advantage over the alderman, who was feverishly attempting to arrange a fresh deal.

Despite Patrick’s pleading for mercy and conceding that he might be facing financial disaster, George was not in the mood for forgiving. While he acknowledged feeling sorry for Patrick, he couldn’t forgive him for his earlier actions and expelled him.

Patrick returned home in a desperate state, kissed his wife, and then shot himself in the head, killing himself.

Viewers may have been shocked by George’s reaction in those scenes, but actor Spector has told TVLine that he wasn’t surprised at all.

“In the game he’s playing, he doesn’t really have room to be compassionate,” he explained. “Because Michael Gill was so brilliant in that scene, it was personally very difficult for me as an actor to not care and not respond. What he was doing was so heartbreaking.

“And it’s not as if George is unmoved by his pleas. On a human level, I think George would like to respond to Patrick Morris and relieve him of his pain, but he can’t. He’s in the middle of something where his family – his entire wealth – is at stake, not to mention this question of honour.

“The aldermen have all stood together to try to strip him of everything he’s ever built. It’s one of the things that happens in capitalism. There’s not always room for human decency.”

Carrie Coon, who plays George’s ambitious wife Bertha, also commented on the twist and its ramifications, saying that George and Bertha’s strong bond gives them the confidence to tackle whatever comes next together.

“[George] has a supportive partner, one who isn’t going to let him spin out. And they don’t keep secrets from one another,” she noted. “Their relationship has a foundation of honesty and respect. That’s the source of their strength. They stick together, even if they fail, and Bertha’s ready to fail with him and start over.

“That’s an incredible source of security when you know your partner is going to stay with you and trust that you’ll make the decisions you have to make.”