Kevin Hunter From “The Dropout”: What Happened to Him and Where He Is Now? 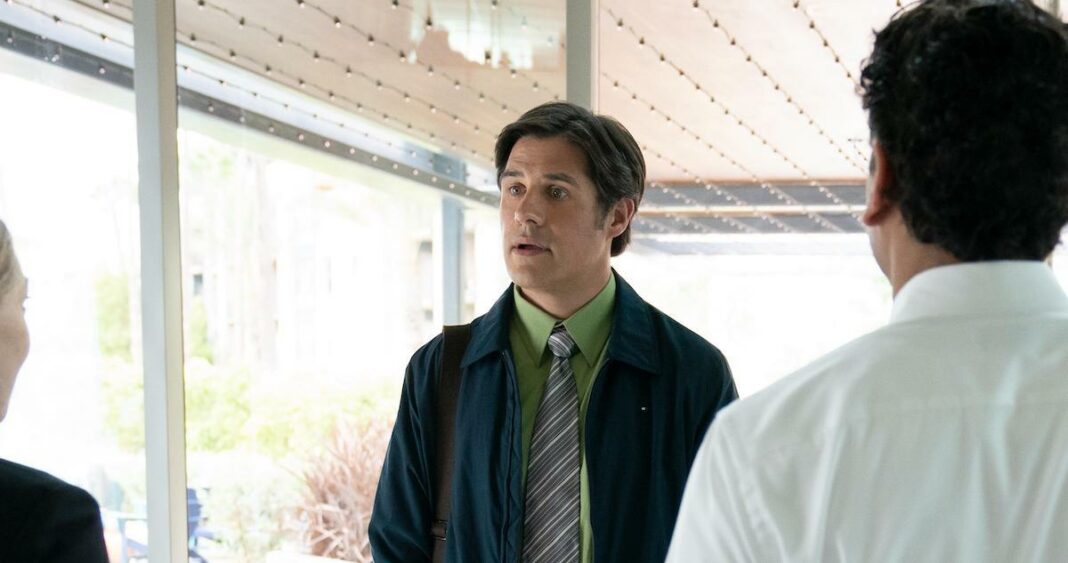 When Kevin Hunter, “The Dropout’s” Walgreens-employed lab consultant, asks to test Theranos’ technology for authenticity, he is often overruled, raising suspicions about what happened to the real Kevin Hunter and where he is now. “The Dropout” is an eight-episode miniseries based on the ABC News podcast of the same name, created by New Girl creator Elizabeth Meriwether. The Hulu limited series follows biotech entrepreneur Elizabeth Holmes (played by Amanda Seyfried), who was convicted of criminal fraud in January 2022, and her firm, Theranos, through its rapid ascent and fall.

In the first three episodes of “The Dropout“, the truth nearly catches up with Holmes, and the board of directors attempts to remove her as CEO after finding she has kept secrets from them. Sunny Balwani (Lost and Once Upon a Time’s Naveen Andrews) ends up saving her by joining the company as COO. Although Theranos’ product, the Edison, is nowhere near ready to be utilized in stores as the new strategy envisages, Holmes and Balwani hunt for distribution to drugstores and grocery stores regardless, duping executives from Walgreens and Safeway into believing they’ll sign a contract with the other firm. The only figure who seems to be able to see past Holmes and Balwani’s shady behavior in The Dropout episode 4, “Old White Men,” is lab consultant Kevin Hunter (Rich Sommer), who is hired by Walgreens to evaluate the validity of Theranos’ claims.

Hunter’s involvement in the miniseries, it turns out, is based on what actually happened, as documented in John Carreyrou’s nonfiction book Bad Blood: Secrets and Lies in a Silicon Valley Startup. Hunter worked on his book with Carreyrou to expose Theranos’ unscrupulous claims and transactions after Walgreens ignored his warnings about Holmes’ company’s shadiness. Hunter’s industry has remained the same since Hulu’s The Dropout, and he is now the President and CEO of Colaborate, a Florida-based laboratory management consulting firm.

While “The Dropout” episode 4 doesn’t go into detail about what occurred to Hunter after the Walgreens transaction, Carreyrou’s book does. Hunter is only seen in the episode rejecting any recommendation made by Balwani or Holmes, since he believes their fixation with security and refusal to show him their lab masks something shady. However, the book Bad Blood delves more into Hunter’s role following the Theranos-Walgreens merger, revealing that despite Balwani and Holmes frequently getting their way, Hunter continued to work with the innovation team, participating in field trips and being involved.

Hunter isn’t expected to appear again in the Amanda Seyfried-led “The Dropout”, despite the fact that three episodes remain to be aired. Hunter isn’t present in episode 5, but Wade (Josh Pais) and Dr. Jay Rosan (Alan Ruck) appear to be in charge of Theranos’ wellness centers, which are set to premiere in select Walgreens shops. Regardless of whether Hunter returns, “The Dropout’s” final episodes will undoubtedly reveal the consequences of Holmes’ actions finally catching up with her, especially as episode 5 depicts Holmes’s confidence in her role despite everything collapsing.

Previous articleMatt Smith Hopes That the Game of Thrones Prequel Can Evolve the Franchise
Next articleHow to Defeat “Elden Ring” Malenia, the Game’s Most Difficult Boss?

Why Should I Plug In? | The Acoustic Guitar Podcast