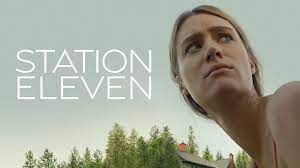 In certain aspects, “Station Eleven” defies speculative fiction storytelling conventions. Rather than methodically building up its setting, the series goes right into the characters and story. “Rosencrantz and Guildenstern Aren’t Dead” slows down just enough to fill in several plot holes, such as who launched the Traveling Symphony, what life was like after the “first hundred,” and what Miranda’s graphic novel is actually about.

There are now two races in the world: pre-pans and post-pans. The pre-pans are survivors of the pandemic who implicitly assume the society they knew before the outbreak — the “before” — to be the true world. They live in what’s leftover now, and all they do with their lives is survive. Pre-pans are thought to be dishonest, too caught up in their own pain to perceive the world as it is, and too nostalgic to move on from what they once were. And if all of that is true, then that’s fine. They witnessed some nonsense.

The post-pans are youngsters born after the flu, with the oldest being roughly 20 years old — the ideal age for some good old-fashioned mischief. They’ve only ever known “after.” They want for the improvements that pre-pans witnessed firsthand but now consider unattainable. Post-pans don’t treat every stranger as a potential threat; they don’t live in terror. They want to come up with fresh plays to compose. Alex is the Travelling Symphony’s only post-pan, and the Travelling Symphony is a dusty institution. It follows the same journey around Lake Michigan, dubbed “The Wheel,” and performs the same Shakespearean plays to the same outposts year after year, with only the symphony Sarah composes to accompany the drama changing.

Except for one major instance. Sarah leads the ensemble, but the performers originally had their own director: Sarah’s husband, Gil (David Cross, whom I will always assume has jorts on under his costume, no matter the show). The Travelling Symphony used to break up on occasion, with the musicians going one way and the actors going the other, with the actors visiting Pingtree, an immaculately named golf-course village filled by professors. Gil maintained a covert romance with a lady prof named Katrina at Pingtree, much like a long-haul trucker with a bride at each end of his route. When Sarah found out, Gil went to the golf course, and the Traveling Symphony modified the Wheel for one time only.

Kirsten plots to bring everyone back to Pingtree in “Rosencrantz and Guildenstern Aren’t Dead.” The players have been gone for a week, but the talk still revolves around the drifter, a.k.a. David, a.k.a. “the Prophet.” That’s what he’s called, according to a hand-drawn “Wanted” poster Alex finds along the road. He travels from town to town, snatching up post-pans and luring them away from their families by promising them they’re unique. “We are the first generation to be trauma-free,” Alex informs Kirsten. Kirsten recognizes the sentiment as a resounding echo of Miranda’s book.

We get a little bit of a Station Eleven story synopsis this week, thanks to young Kirsten’s voice-over: Dr. Eleven, a spaceman, is stranded on a crewless, shattered space station captained by a man who resembles a haggard, defeated Arthur. The adults were killed in an onboard disaster, leaving just the captain and the children — the first generation to be trauma-free. The kids want to go back to Earth in the future through time travel, but the captain refuses, and Eleven is undecided. Only the children have any chance. David is a prophet, his followers are a cult, and their bible is the sacred manuscript that allegedly terminated Miranda’s marriage – the same one that Kirsten hid in Pingtree before the Wheel was turned. I’m not sure why Kirsten is so adamant she has the lone copy. Perhaps she needed to think that when she was young, cold, and alone, and the book was the only talisman she had to keep her connected to her own Before. “There is no Before,” says the Prophet, referring to the novel’s message.

Kirsten finding her copy of “Station Eleven” is a good thing, too, for the residents of Pingtree are suffering. On his way out, the Prophet has already hobbled through town on crutches, kidnapped Katrina’s grandkids. (Of course, as Kirsten told Sarah to persuade her to leave the Wheel in the first place, Katrina is super-alive and not at all dead.) The Pingtree University faculty is shaken and worried, but rather of looking for the missing children, they’ve encircled the clubhouse with mines in the hopes that they’ll return on their own (but also know how to dodge the new mines?). And perhaps they will! Life at Pingtree is more civilized than what we saw at St. Deborah by the Water. Indoors, people sleep and eat, educate their children, and consume MREs. I don’t blame Gil for going off the rails. I’d stay in Pingtree, too, if my options were a stinky caravan of theater kids and nerds with pitch and putt.

In the mode of exes with unfinished business, Gil and Sarah continue to push each other’s buttons despite the recent tragedy. They allegedly said they would never do Hamlet, which Gil deems the most overrated play of all time, or August: Osage County, when they were together. (I like you, Tracey Letts, but did it have to end like this?) Sarah pretends to have turned a fresh leaf in order to please Gil: the company is putting on a groovy ’90s Hamlet, written by Wendy (Deborah Cox), set in Portland, and starring young Alex. SO, GIL, TAKE THAT! Kirsten is irritated at being recast, even if it is only for this one time (theater kids), but Sayid (Andy McQueen) soothes her. Because drama club is horny, they also sleep together.

When Kirsten returns to check on her copy of “Station Eleven”, she discovers it buried beneath golf balls in Gil’s desk, just where she left it. (She does, of course!) She takes it outdoors and traces the pages with her fingertips as she flicks through the pages. It’s an emotional reunion, and she’s eager to learn more about the Prophet from Alex. Alex admits that she agreed to accompany him on his trip. She wants to step out of Kirsten’s shadow and take the lead. Wendy is finally there in her new play. Alex grabs a horse and sets out beyond the minefields after the play, on a wild performance high, in search of the Prophet, whom she now knows Kirsten stabbed. Alex is partaking in the time-honored ritual of adolescent rebellion, but the stakes have been raised to new heights. The Travelling Symphony should never have returned to Pingtree, which smells like stagnation. Gil is dissatisfied there, seeking in vain to record an oral history of Before before the voices who knew it all perish. Kirsten, Alex, Gil, and the lonely Sarah should never have gone off-Wheel.

Their little children return to campus, only with dug-up land mines strapped to their chests, as the Pingtrees predicted. They’re creepy. They don’t address each other by their previous names, and they don’t talk anything before unintentionally embracing Gil in a lethal hug. Kirsten is standing there watching and crying, but no one can hear her, just as no one could hear her cries 20 years before.

Because there are glimpses of Kirsten and Jeevan from the first year after the epidemic, huddled up in a cabin in the winter, interlaced throughout “Rosencrantz and Guildenstern Aren’t Dead.” There’s tension between them, and it all revolves around “Station Eleven”, as it does with everything. Kirsten accuses Jeevan of stealing the book from her knapsack after Jeevan insensitively says that the book’s pseudo-philosophical fluff isn’t meaningful (maybe he has a point?). “I was simply meant to accompany you home,” Jeevan grumbles; suddenly, he’s her father by accident, making all of his decisions with her survival in mind. In Year 20, Kirsten takes on the role of Jeevan, assuming responsibility for Alex and attempting to maintain control over everything in order to keep her safe.

A wolf howls outside the cottage. Kirsten is eight again, wailing for Jeevan, who is nowhere to be found, and clutching the only item she has left from Before besides her guardian – a copy of “Station Eleven”.

Previous articleThe Star Of “House Of The Dragon” Provides An Update On The Game Of Thrones Prequel’s Release Date
Next articleHow “Station Eleven” Finds Sublime In The Apocalypse?