Why Episode 8 Of “Squid Game” Is So Much Shorter? 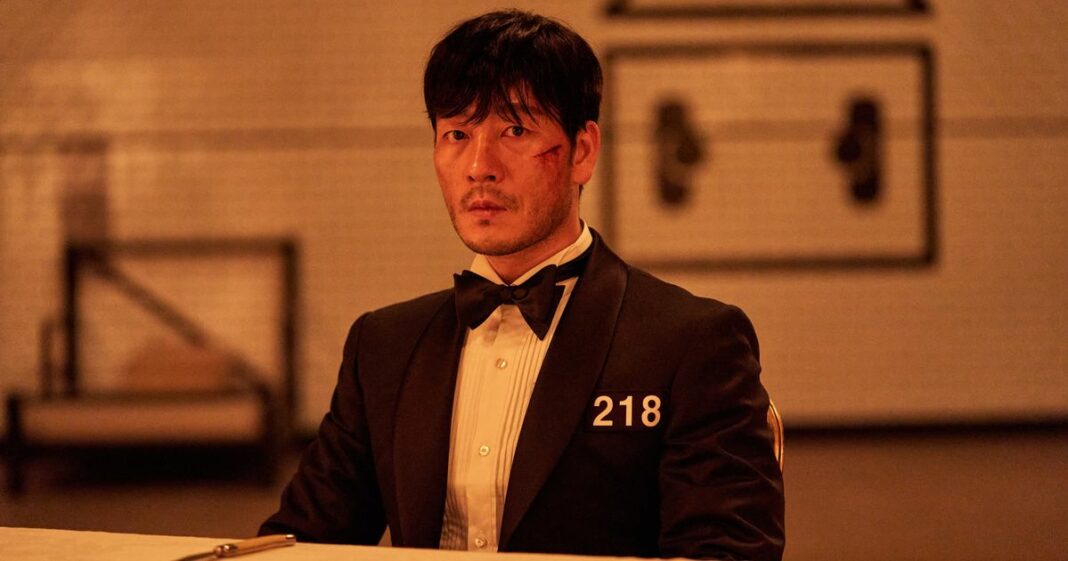 Episodes of the “Squid Game” are usually roughly an hour long, so why is the penultimate episode 8 only 32 minutes long? When the Korean Netflix series premiered in September 2021, it became an instant hit, and its popularity has only grown as new adopters spread the word. “Squid Game” has become Netflix’s most popular show virtually overnight, with over 110 million viewers in its first 28 days of streaming.

“Squid Game” episode 8, “Front Man,” takes up just after the fifth challenge, in which all but three of the participants die in a horrific version of the children’s game hopscotch. The remaining finalists—protagonist Seong Gi-hun, his childhood buddy Cho Sang-Woo, and the severely injured Kang Sae-byeok—are lavished with gifts in recognition of their achievements. The dinner serves as a vehicle for Sang-Woo to assassinate Sae-byeok in order to secure a one-on-one match in the final round.

“Squid Game’s” episodic runtimes are, for the most part, consistent. Each episode is around an hour long, with the longest being episode 2, “Hell,” which is just over 62 minutes long. Why, therefore, does episode 8 get right to the point? There are a few elements at play, the most important of which being that the episode finds its natural conclusion and does what it set out to do, setting the stage for Gi-hun and Cho Sang-last woo’s game. The terrible death of Sae-byeok, as well as both of the remaining characters, marks a turning point in the drama.

The episode is able to focus on presenting that story properly without cramming in a needless extra game, and it knows when to back off heading into the highly anticipated season finale of the program and the actual “Squid Game”.

As the title suggests, “Squid Game” episode 8 delves into the competition’s Front Man, finally revealing the name and face beneath the character’s enigmatic mask. Former contest winner Hwang In-ho, the older brother of police officer Hwang Jun-ho, who earlier in the season invaded the island disguised as a guard in order to look for his missing brother, is revealed to be the man pulling the strings.

The confrontation between the two siblings occurs early in the show, achieving its goal of revealing the identity of the Front Man immediately. In-Ho is noticeably upset afterward while treated to his own bullet wound, plagued by what he had just done to his younger brother. This would’ve been the ideal time to depict how In-ho got to be the Front Man through a sequence of flashbacks, but it wasn’t in the show’s plans. Perhaps it was reserved for a possible season 2, but in any event, addressing this particular narrative issue would have been the only natural way to prolong out the episode.

Despite the fact that “Squid Game” episode 8 is very short, it makes sense to end it there. Apart from competing in the last game, which was fully played out in the season finale, Gi-hun and Sang-woo had nothing else to do. Meanwhile, the show didn’t appear to have any plans to delve more into the Front Man’s past—at least not in season one—so it was best to leave things as they were.

Previous articleThe Battlefield 2042 Trailer For Hazard Zone Is All about Forming Teams And Collecting Data Drives.
Next articleWhat Plotlines Does “Squid Game” Creator Wants To Explore On Season 2?

In “Elden Ring”, What Happens? Eternal Cities, Deeproot Depths, and Mohg, Part 9 of the Game’s Story

Our Kind Of People: The Fox Show’s Premiere Date, Cast, and Other Facts That We Know So Far