Hwang Donghyuk, the creator and director of Squid Game, reveals that Seong Gi-hun boarded a plane rather than returning home in an alternate ending.

The creator of Squid Game has revealed an alternate ending to the first season. The latest Netflix hit was released in September 2021. It quickly became a fan favorite and rose to the top of the charts, becoming the streaming giant’s number 1 original series. Squid Game was inspired by South Korea’s love of game shows. It is about a deadly survival contest where the last survivor will win a huge amount of money.The series was created and directed by Hwang Do-hyuk. It focuses on multiple players. Seong Gi-hun/No. 456 (Lee Jungjae). He was a divorced chauffeur who had a gambling problem and was hired by Gong Yoo, the salesman. Although initially reluctant to sign up, he soon changes his mind when he sees the reality of his poverty. His ex-wife is also preparing to take their daughter to America, but without the money, it could be impossible to see their daughter again. Gihun is the winner of Squid Game. He has 45.6 billion won, more than enough to start a new life in another country. He turned around with a determined smile just before he boarded his plane.

Gi-hun is supposed to go after Squid Game’s VIPs, setting up the second season. Hwang tells that they went back and forth about how to end the show. Apart from the actual ending, there is a version where Gi-hun boards the plane and leaves South Korea. They didn’t feel it was appropriate for the message that they wanted to convey. Read Hwang’s quote below:

“We actually wrestled between two different scenarios for the ending. There was one, the other alternate ending, where Gi-hun would get on the plane and leave. And then there was of course the one where he would turn back and walk towards the camera. We constantly asked ourselves, is it really right for Gi-hun to make the decision to leave and go see his family, to pursue his own happiness? Is that the right way for us to really propose the question or the message that we wanted to convey through the series?” 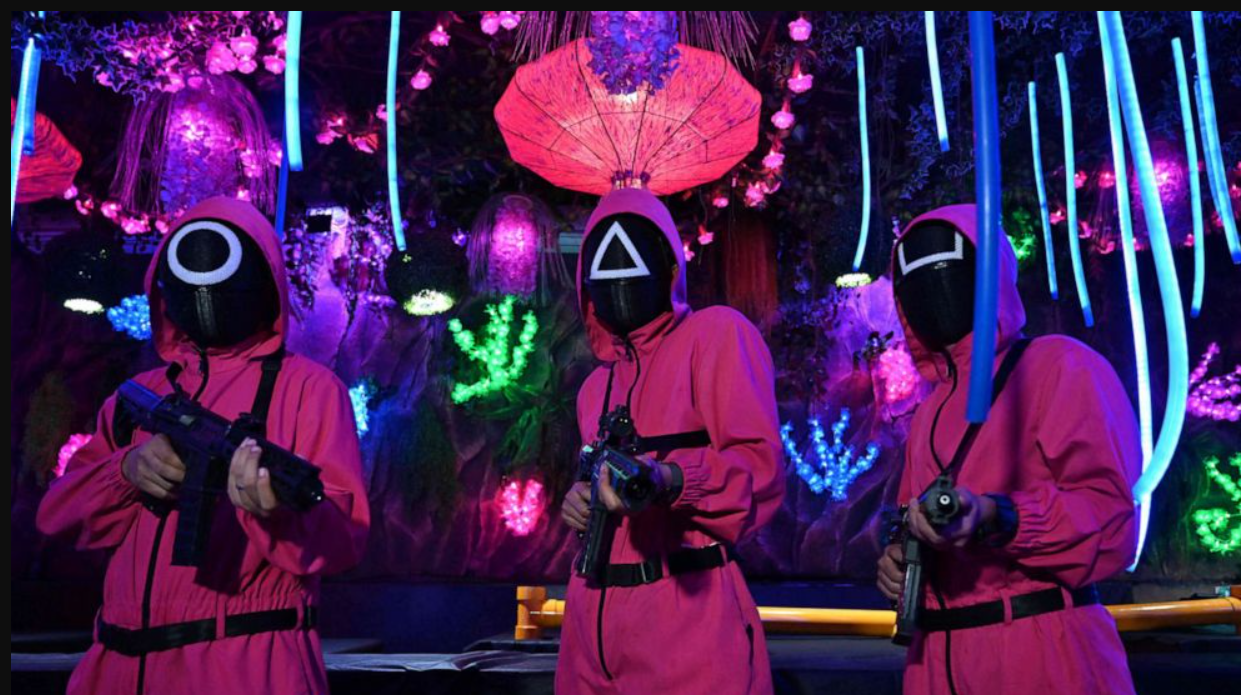 Ending Squid Game in the same way it did has many narrative implications. This gives Netflix the narrative boost it needs to continue the second season. It would have been more difficult to carry on the show’s story if Gi-hun had decided to quit. It doesn’t necessarily mean it has no other options. Gi-hun could have boarded the plane and shifted the focus from SquidGame season 2 towards the Front Man (Lee Byunghun) story. Instead of telling a story at the moment, it could focus on Hwang In-ho’s journey to winning the Squid Game 2015. It could be used to reveal why Hwang In-ho joined the Squid Game as a facilitator, and not get angry at what he endured all for the entertainment of wealthy VIPs.

Now that Squid Game season 2 has been officially launched at Netflix, it is more likely that it will be about Gi-hun’s quest for revenge on himself and the victims of the survival contest. He now has the financial ability to mobilize people to help him take down the terrible VIPs. It begs the question: after he completes his personal mission, if he does, will he be able to return to his normal life and enjoy his prize money?