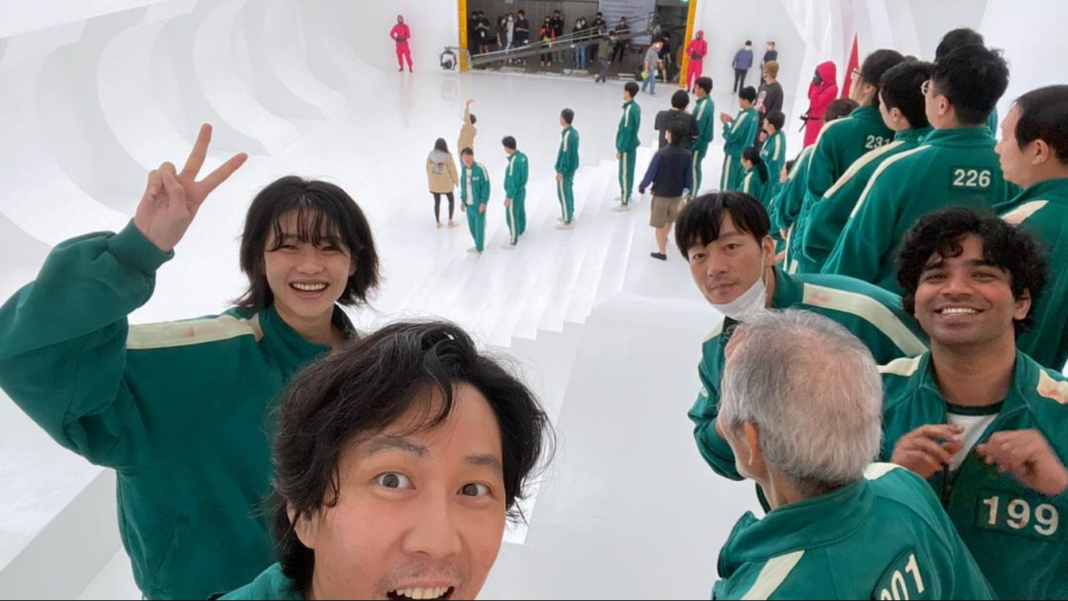 “Squid Game,” has been a worldwide phenomenon. Since its September release, the South Korean survival drama series “Squid Game” has been the most watched on Netflix. The series is about a group of people who are deeply indebted and compete in children’s games to win a huge cash prize. Although the games appear to be harmless and enjoyable, it quickly turns into a fight for life and death. These games, which are essentially schoolyard favorites, include Red Light, Green Light and marbles. They also have a deadly twist for adults.

Particularly, the tug-of-war is one of the most memorable games in the series. This is partly due to the intense nature of the game and partly because it forces competitors to kill each other. Fans were able get a detailed look behind the scenes at this thrilling sequence thanks to new footage.

The “Squid Game” version is a tug-of-war where each side tries to pull the other over a ledge. If they fail, the losing team will be thrown to the ground. This three-minute battle is intense and fast-paced, with each side trying their best to balance the other.

The behind-the scenes footage (via YouTube) shows that the effort the characters put into this scene was not just an act. They look exhausted. The actors are pulled back on their ropes, screaming and placing their feet as they are dragged towards the “edge”, which is only a few feet above ground. The director shouts “cut” and the actors immediately sit down, sweating profusely and gasping for air.

It’s not a real fight, but they are being dragged across a floor by whatever is pulling on their rope. This scene is even more amazing when you consider how many takes it must have taken.

We get a brief glimpse of the actors lying on their backs and laughing with each other, but clearly in need for a power nap after filming ends. We don’t know what method acting is if that’s not it.