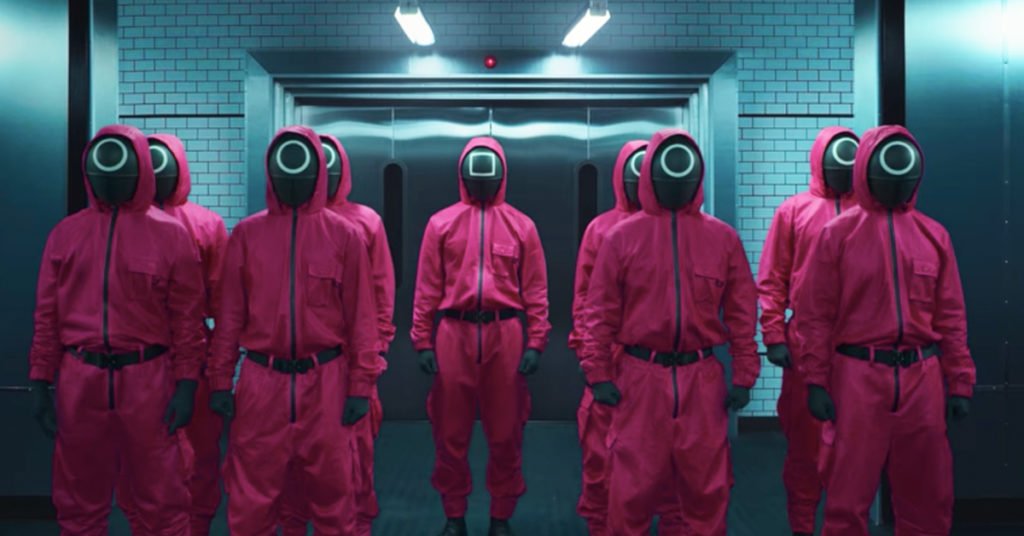 The “Squid Game” on Netflix features a variety of masks with various forms on them, each of which has a particular meaning for the person’s position in the tournament. The Korean series revolves around a group of 456 people who agree to participate in a series of games in exchange for a chance to win 45.6 billion won. “Squid Game” focuses on a small group of characters, including player 456/Seong Gi-Hun (Lee Jung-Jae) and player 067/Kang Sae-Byeok (Jung Ho-Yeon).

One of the most appealing parts of “Squid Game” is the competition’s anonymity. The players are only known by the numbers on their jackets at first, and it is only later that they begin to disclose personal information with one another. Anonymity, on the other hand, is critical for those who make “Squid Game” feasible. Everyone connected with the competition’s organizing is forced to wear masks to conceal their identities, and breaching this rule can result in death. While everyone in the “Squid Game” who isn’t a player is required to wear a mask, there are many masks that indicate the game’s hierarchy.

The masks worn by the employees are the most noticeable in “Squid Game”. The black masks are all the same shape, but the workers’ masks have varying shapes to indicate their status. Those wearing square masks have seniority over those with triangles and circles on their masks in the “Squid Game” hierarchy, with triangle masks being a level above those with circles. This is emphasized throughout the series since workers are not permitted to speak with their supervisors until they have been talked to first.

The various shapes on “Squid Game’s” worker masks also aid in identifying which workers perform certain tasks. Square-shaped workers keep an eye on the other workers and players. The triangle-shaped masks are traditionally armed protectors/enforcers, while the circle-shaped masks are grunt laborers who clean up and dispose of the dead players. 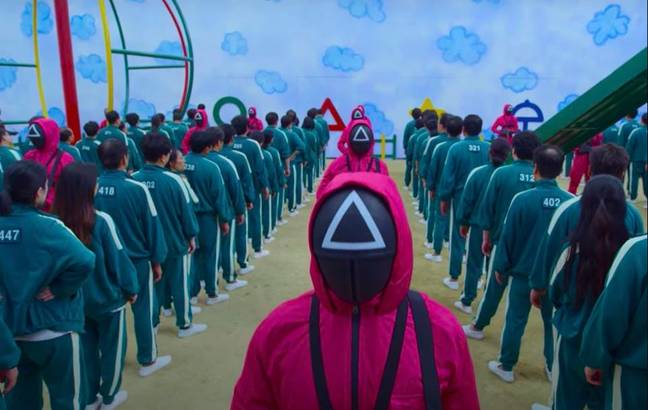 A nicer mask is worn by the VIPs in “Squid Game”, in addition to the worker masks and The Front Man’s mask. Each VIP wears gold and gleaming mask in the shape of an animal. The VIPs’ faces are mostly hidden under these masks, yet they can still eat and drink without taking them off. Oh Il nam’s-mask on the other hand, is a little unusual in that it covers his complete face. It’s also worth noting that the employees who serve the VIPs wear masks that are different from those worn by the rest of the staff since these masks allow the eyes to be seen. Understanding what each of these masks and symbols represents can assist provide some clarity to the show’s events, especially given how rigid “Squid Game’s” operations are.

Why Was Sebastian Stan OK With Being Naked In “Pam & Tommy”?

How Much They Changed The Real “Dr. Death” Story For The Show?