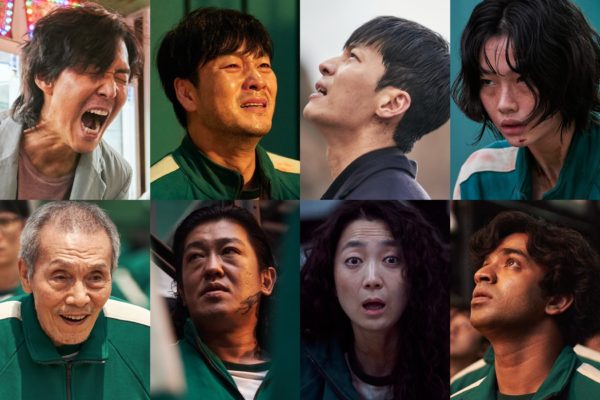 Hwang Dong-hyuk, the creator of “Squid Game”, claims that the show’s characters are named after acquaintances from his childhood. “Squid Game” has now been named Netflix’s most-watched original show of all time, surpassing all expectations. The South Korean survival drama follows Seong Gi-hun, who, after amassing a mountain of debt, enters a money-making competition he has no knowledge of. 456 others in comparable financial situations join Seong Gi-hun, with the promise of a prize of 45.6 billion South Korean won if they participate and win all six games. Participants in the competition rapidly discover that losing a game comes with a terrible consequence.

Hwang Dong-hyuk, the show’s creator, had a completed script in 2008, but it took over ten years for Netflix to give the project the green light in 2018. “Squid Game” is a global hit that was shot over a five-month period in 2020 and published last month, bringing its outstanding cast members into the spotlight. Actors Lee Jung-jae as Seong Gi-hun, Park Hae-soo as Cho Sang-woo, O Yeong-su as Oh Il-nam, and model HoYeon Jung in her first acting role as Kang Sae-byeok star in the hit drama. “Squid Game” tugs at viewers’ heartstrings as they get to know the characters throughout nine episodes and see them play the once-innocent childhood activities that the competition is based on, shedding light on South Korea’s wealth discrepancy.

Creator Hwang Dong-hyuk revealed in a recent interview with THR that he drew on many aspects of his personal life for “Squid Game”, confessing that some of the characters are named after individuals he knows. Hwang Dong-companions hyuk’s Seong Gi-hun, Cho Sang-woo, and Il-Nam, as well as police officer Hwang Jun-ho and the competition’s Front Man, Hwang In-ho, are all real-life brothers known to the “Squid Game” designer. Also, it appears that these individuals were unaware that their names were being utilized in the show until it aired.

The names of the characters Seong Gi-hun (Squid Game‘s lead, played by Lee Jung-jae), Cho Sang-woo (the lead’s childhood friend who left the neighborhood to study at the acclaimed Seoul National University, played by Park Hae-soo) and Il-nam (the elderly competitor at the heart of the story, played by O Yeong-su), are all the names of my friends. Cho Sang-woo is a childhood friend of mine, who I used to play with in the alleyways. There are several more too — Hwang Jun-ho (the police officer, played by Wi Ha-joon, who sneaks into Squid Game to search for his brother) and Hwang In-ho (the missing brother, aka The Front Man, played by Korean superstar Lee Byung-hun) — these are the names of real people from my life too. Hwang Jun-ho is my friend and Hwang In-ho is his actual older brother, just like in the movie. […] they kept calling me like, “Oh my god, you used my name! [Laughs] Hwang Jun-ho said, “You even used my brother’s name!” His older brother is living in the States and he suddenly called him after seeing the show. Like the two characters, they were not really talking to each other that often, and his brother wasn’t coming home to visit their mother. So that is why I intentionally used those two names. It was like an inside joke between me and my friends — to get In-ho to finally call his brother and apologize for being out of touch. And it worked — it actually happened!” When he called, In-ho apologized to his brother for being out of contact for so long.

Hwang Dong-use hyuk’s of his childhood friends’ names in a show where the players must perform brutal versions of childhood games is almost spooky, but perhaps this relationship is what helped Hwang generate the emotion in these sequences. Despite its futuristic setting, “Squid Game” is clearly inspired by real-life stories, with the question “how far would you go for money?” at the center of the story. Hwang also said that he had faced financial difficulties in the past and that this was one of the factors that prompted him to consider the show.

Fans of “Squid Game” are eager to see the program return for season 2 after some surprising disclosures (and some dubious red hair) in the final episode, prompting Hwang to answer the question, “What happens next?” Viewers are hopeful that Netflix would give their wishes for the story to continue because there is so much support for it. The personal connection to Hwang’s own life adds to the story’s richness, demonstrating that the show’s themes aren’t entirely fake. Perhaps the people named after the characters will consider which of their personality qualities Hwang has inherited, while the rest of his life waits to see if their names will be used in the next round of “Squid Game”.

Previous articleCritics’ Rankings of Peter Jackson’s Lord of the Rings Films
Next articleThe Battlefield 2042 Trailer For Hazard Zone Is All about Forming Teams And Collecting Data Drives.