Gossip Girl is presently on a break for the second half of the season, but the show’s creator has promised additional appearances and callbacks from the first season when it returns.

The HBO Max Gossip Girl remake is presently on hiatus, but when it returns, it will contain additional appearances from the original cast. The original adolescent series, based on Cecily von Ziegesar’s popular young adult novels, ran on CW for six seasons from 2007 to 2012. The show focused on a group of rich high school kids from New York’s Upper East Side, as well as an anonymous blogger who chronicled their controversies. The show was known for its glitzy outfits, passionate relationships, and unique characters. Blake Lively, Leighton Meester, Chace Crawford, Ed Westwick, and Penn Badgeley were among the initial cast members. 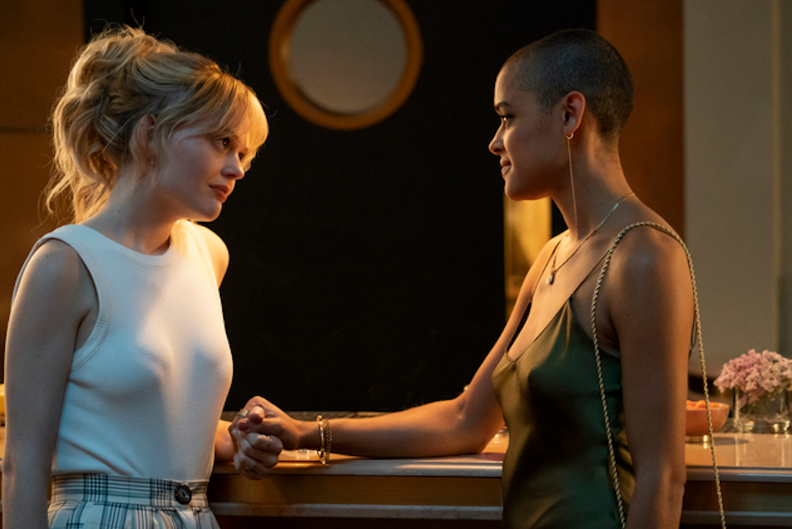 The revived series picks up nine years after Gossip Girl‘s blog was shut down, with a fresh group of students and their turmoil. However, social media has altered the terrain of Manhattan’s clique this time. Jordan Alexander, Whitney Peak, Eli Brown, Tavi Gevinson, Thomas Doherty, Emily Alyn Lind, Evan Mock, Zion Moreno, and Savanna Lee Smith are among the new cast members. Kristen Bell returns as the show’s narrator, reprising her position from the first series. Gossip Girl began on HBO Max on July 8 and has now broadcast six episodes. In November, the second half of Gossip Girl season 1 will be available to stream.

The mid-season hiatus on Gossip Girl may feel long, but creator Joshua Safran says that it will be well worth the wait. Original cast members will make cameo appearances on the last six episodes, according to Safran, who spoke with The Wrap. However, none of the main characters, including Serena (Lively) and Blair (Meester), will appear, according to Safran. Despite this, he promised a slew of intriguing references and “fun stuff” for fans.

There were a few references to Gossip Girl’s history in the first six episodes of the new revival. Dan Humphrey, the writer of the eponymous website, as well as Queen B and her renowned “frenemy” Serena, were all addressed directly. Yin Chang, who portrayed Nelly Yuki in the original series, also appeared in one episode as a guest star.

Unlike its predecessor, which was a massive pop cultural sensation, the Gossip Girl remake received mixed to unfavorable reviews and failed to stir as much interest. It might have been more thrilling if HBO had brought back any of the original lead actors, but Lively, Meester, and the rest of the cast appear to have moved on from their youthful roles for good. Bringing back other familiar faces should hopefully provide some excitement to the remaining episodes and remind viewers of the show’s glory days.