Why Was Sebastian Stan OK With Being Naked In “Pam & Tommy”? 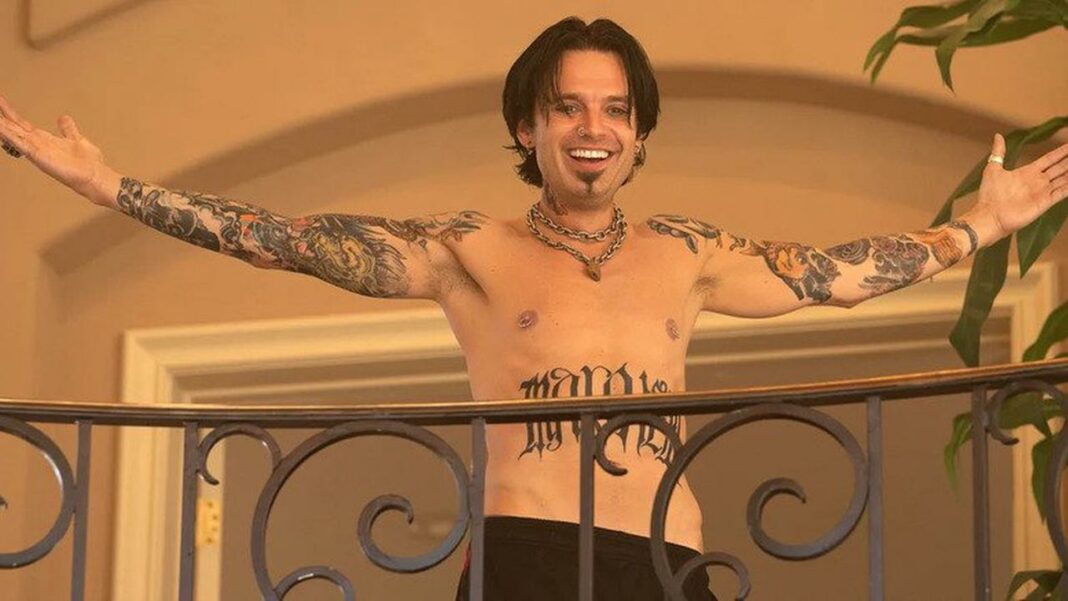 The emergence of Tommy Lee’s penis as a character, voiced by Big Mouth’s Jason Mantzoukas, was one of the series’ odder features. He had a heart-to-heart with his robotic penis after getting high on ecstasy in episode 2, “I Love You, Tommy,” as he considers whether or not to remain unmarried and continue his womanizing tendencies. Although this depiction of Tommy Lee’s penis is plainly abstracted and fanciful, it nonetheless put Sebastian Stan in a position to go full-frontal in “Pam & Tommy”.

When THR interviewed Sebastian Stan about the latest crop of pop culture productions that have incorporated male full-frontal nudity, he revealed his thoughts on his own naked moments in “Pam & Tommy”. He believes “women must have had to do it for so long, and now it’s almost like, OK, it’s our turn now.” He believes it’s fine as long as it’s “not salacious.” Read the entire quote below:

[I don’t] even think twice about it. I feel that women have to have had to do it for so long, and now, it’s almost like, well, OK, it’s our turn now. [I’ll do it] if it’s not salacious and not purely for grabbing-attention purposes. As long as it’s being approached from a conversational point of view, where everyone agrees on what it is and we’re all on the same page, then I think it is OK.

Stan is most known in the Marvel Cinematic Universe for playing Captain America’s buddy Bucky Barnes, who eventually becomes the brainwashed Winter Soldier. He’s been a part of the Marvel universe since 2011, most recently as a co-lead in last year’s Disney+ series The Falcon and the Winter Soldier. That’s the degree of nudity he was considerably more accustomed with before going full frontal in movies like “Pam & Tommy” and his 2020 picture Monday, since that franchise has made a practice of having shirtless sequences of its male performers, including Stan.

“Pam & Tommy”‘s players shown a lot of sensitivity, and Stan’s dedication to the part is evident to the show’s viewers. Stan’s willingness to commit himself to such an intimate and bizarre encounter supplied the rock and roller with the energy he required to fully spring off the screen. While the program is done and there is no need for a second season because they covered the complete real-life tale, maybe the actor will find another project that will allow him to channel that same passion.

Previous article“Squid Game” Season 2 Will Include More Games, According to the Creator
Next articleWhat Is the Difference Between The Silver Team On The “Halo” Show And The Blue Team In The Games?

Explanation Of “The Dropout” Ending (In Detail)

12 Gifts For the Ultimate “Riverdale” Fan