Pamela Anderson has no interest in seeing the eight-part Hulu limited series “Pam & Tommy”, according to a source close to the actress.

Pamela Anderson isn’t even interested in viewing the “Pam & Tommy” trailer. “Pam & Tommy” aired on Hulu in February, depicting Pamela Anderson and Tommy Lee’s three-year marriage, with a specific focus on the theft and illegal distribution of a sex film involving the couple. It stars Lily James and Sebastian Stan in the lead roles, with Nick Offerman, Taylor Schilling, and Seth Rogen rounding out the group.

Despite the focus on the eponymous celebrity, producers were able to create the eight-part limited series without Anderson’s input or approval by getting the rights to a 2014 Rolling Stone article written by Amanda Chicago Lewis. The story, headlined ““Pam & Tommy”: The Untold Story of the World’s Most Famous Sex Tape,” went into detail about the tape’s theft and aftermath. In previous interviews, James has stated that she has been unable to contact Anderson in order to address Pam and Tommy. New comments from a close source to Anderson go a long way toward explaining why this may be the case.

Anderson is focused on her life in Vancouver and her charity work, according to a source who spoke with EW, and she has no intentions to watch the Hulu drama. “Not even in a few years. “Not even the trailer,” the insider adds, explaining that it was one thing for “Pam & Tommy” to talk about the sex video, but it was quite another for the show to show tiny bits of it. “Pamela continues to be the exception to the norm.” They lament, “She’s still up for grabs.” The following is the complete quote:

I do know she’ll never, never watch this. Not even years from now. Not even the trailer. Tommy doesn’t get it. He’s in the same mindset he was at the time: that any publicity is good publicity. As a friend of Pamela, at least no one will ever ask me again if the tape was really stolen.

But imagine if a celebrity today had their nudes leaked and then Hollywood recreated not just the crime but the actual nudes — that would never happen. In the ’90s, Pamela’s body was deemed by a judge to be public property. There was no question the tape was stolen property, but the court decided it wasn’t private property because her body belonged to the world. Pamela is somehow still the exception to the rule. She’s still up for grabs. That’s messed up. Yes, it’s brief clips — but to me the most damning aspect is that [“Pam & Tommy”] didn’t just tell the story, they recreated moments from the boat. 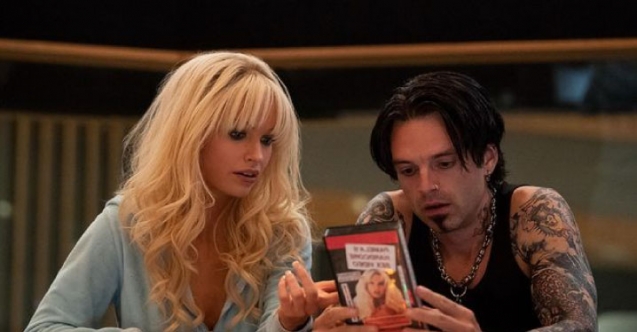 The insider goes on to praise James for his ability to imitate Anderson’s appearance and voice. “Pamela is not so gentle,” they said, criticizing the way she was written. She is not and has never been a shrinking violet.” Anderson’s reaction differs significantly from Lee’s, who spoke with Stan about “Pam and Tommy”. It’s logical that Anderson would be dissatisfied with the project. The Hulu series promises to focus on Anderson and her experiences with misogyny, but it’s easy to understand how the whole venture symbolizes something the Baywatch veteran doesn’t want to explore in practice.

There’s also the larger question of what “Pam and Tommy” intend to achieve. James has been praised for playing an actress who was marginalized and humiliated by Hollywood, which is unusual in and of itself. Despite its claims to seek to reveal Anderson’s reality, the limited series glosses over hard truths and gives atonement where none is needed. It informs viewers that Rand Gauthier, the man who stole the recording, later expresses regret for his actions. Gauthier continued to gloat about his crime and even relished seeing the footage himself, as the Rolling Stone report revealed.

How Many Timelines Appear In “The Rings of Power” Second Trailer?