“Pam & Tommy’s” music supervisor tells why country icon Dolly Parton was initially hesitant to have her songs used in the show.

Dolly Parton, a country music legend, initially objected to her song being played on “Pam & Tommy”. “Pam & Tommy” aired on Hulu in February, delving into Pamela Anderson and Tommy Lee’s three-year marriage, with a special focus on the theft and illegal distribution of a sex film involving the couple. The sitcom stars Lily James and Sebastian Stan as the titular characters, with Nick Offerman, Taylor Schilling, and Seth Rogen rounding out the group.

The music on the Hulu program has also gained a lot of attention, with classic 1990s tracks functioning as nostalgia for the audience as well as setting the mood and informing viewers’ knowledge of what’s going on in a scene. “Pam & Tommy”, for example, uses Third Eye Blind’s “Semi-Charmed Life” to emphasize that Tommy Lee is at a professional crossroads. Dolly Parton’s “I Will Always Love You,” another landmark song, is utilized to play over the finale’s closing titles. However, it turns out that Parton wasn’t always on board with the song being featured. In truth, she needed to be persuaded.

Amanda Thomas, “Pam & Tommy’s” music supervisor, spoke with Indiewire about the series’ song selections and their relevance. Thomas also discussed what happens when an artist refuses to have their song included in a television show’s soundtrack. According to Thomas, they had to redo the entire thesis for why “I Will Always Love You” should be included in Parton’s case. They said that it was mainly about Pamela Anderson reaching a place where she could look back on a tough moment in her life with affection. The complete quotation may be seen below.

“She’s open for the right things. We went back and we recontextualized the whole thing. And we’re like, “Here’s the story we’re trying to tell. We are telling this narrative from Pamela’s perspective, as someone who got the short end of the stick and was not done well by the men in her life.” [Pamela’s] in a place where she can look back fondly on this time in her life, and Tommy being a part of that time, but from a point of view that she’s moved on from it and she’s grown from it. The song really speaks to that in a cool way. When it was initially denied and I told the team, I was like, “We’re going back for it.” And then when it cleared Rob [Siegel, the showrunner] was texting me like, “I heard Dolly cleared?” And I was like, “Yes, she approved.” And he was like, “Oh my God, thank you so much. That song is probably the most important song.

“We did send the clip for Dolly. It’s mostly the epilogue but they asked to see the scene. I was like, “Let’s include a little bit leading up to that epilogue.” So you can see that moment of Pam in the tattoo shop, and the baby next to her and changing the tattoo to “Mommy.” Even though the song isn’t playing during that part let’s include that as a lead-in so you can clearly communicate tone. When something’s denied we’re always like, “Is there a reason? Did they communicate a reason why?” Maybe it’s because they’re misinterpreting what the project is.” 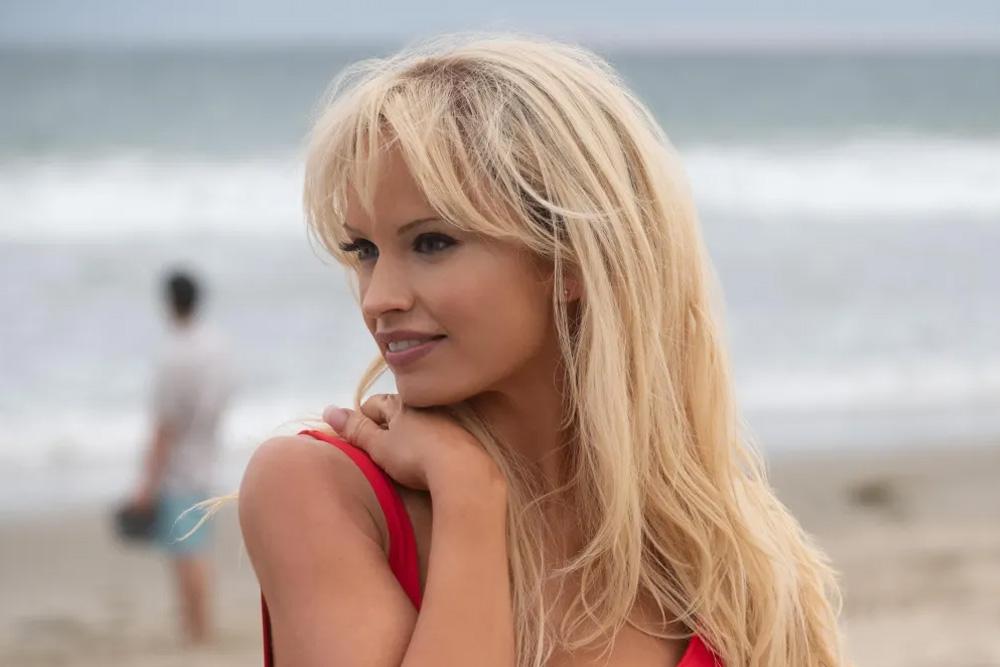 Parton wrote “I Will Always Love You” as a farewell to her business partner and mentor Peter Wagoner, explaining her choice to pursue a solo career. It was ultimately performed by Whitney Houston, who took it to even higher heights as a result. It has a highly intimate tone, which the “Pam & Tommy” producers used to convey the emotion of the show’s last scenes. Given how “Pam & Tommy” spends the most of its episodes charting the history of the tape and progressively loses its emphasis on the key couple in the second half of the series, this type of tenderness comes as a bit of a shock.

In some respects, “I Will Always Love You” is responsible for re-framing the entire “Pam & Tommy” story. The iconic song aims to remind viewers that it’s a narrative about the eponymous couple and their turbulent romance after so much of the running time is focused on the tape itself and attempting to persuade viewers to sympathize with the man who stole the recording. It’s a reworked appeal aimed at the audience as well as Parton herself. Whether or not the closing pitch is effective depends on the viewer. However, if it works at all, it demonstrates how music may help to shape a setting.

The New, Non-Game Timeline for the “Halo” TV Show Explained By Executive Producer

Who Are The Seanchan? Villains Of “The Wheel of Time” Season 2 Revealed and Explained