There are a few things that Hulu’s upcoming miniseries Pam & Tommy would be better off leaving out in order to avoid exploiting an already traumatic situation. This series, which is about the robbery and illegal distribution of a home sex tape made by Pamela Anderson and Tommy Lee in the 1990s, recently released a buzzy teaser trailer, continuing the conversation about the project’s controversy since it was announced. Despite the fact that it stars big names like Lily James, Sebastian Stan, and Seth Rogen, and is directed by I, Tonya’s Craig Gillespie, people are already criticizing the series for the sensitive subject matter and the lack of involvement from both the real Anderson and Lee.

These are all valid points. However, because the show hasn’t yet aired, it’s impossible to predict what tone it will take. Pam & Tommy could be an offensive, gross, and derisive capitalization on a scandal that already caused a lot of damage when it happened; or it could be a new, more empathetic retelling of the story that provides social commentary on the commoditization of public lives, the misogynistic double standards that exist today, or the rapid cultural shifts accompanying the rise of the internet. Hopefully, the series will lean toward the latter, because rehashing this scandalous and career-ending series of events is only worthwhile if there is something new and insightful to say about it.

Pam and Tommy’s true story is frequently stranger than fiction, and it is certainly rife with material that would make excellent television. Lee allegedly withheld $20,000 in pay from Rand Gauthier (who will be played by Seth Rogen), an electrician hired for his Malibu home renovation, in 1994, pointing a gun in his face when he tried to collect his tools. Seeking vengeance, Gauthier planned a heist to steal a large safe from Pam and Tommy, unaware that it contained a very personal tape of the couple. When Gauthier found out, he used his connections in the porn industry to spread the video far and wide, despite Pam and Tommy’s desperate and ineffective legal action. The footage eventually made its way onto the internet, which was still in its infancy at the time, and contributed to the development of a celebrity consumer culture that paved the way for future stars such as Paris Hilton and Kim Kardashian (who also had her own sex tape). 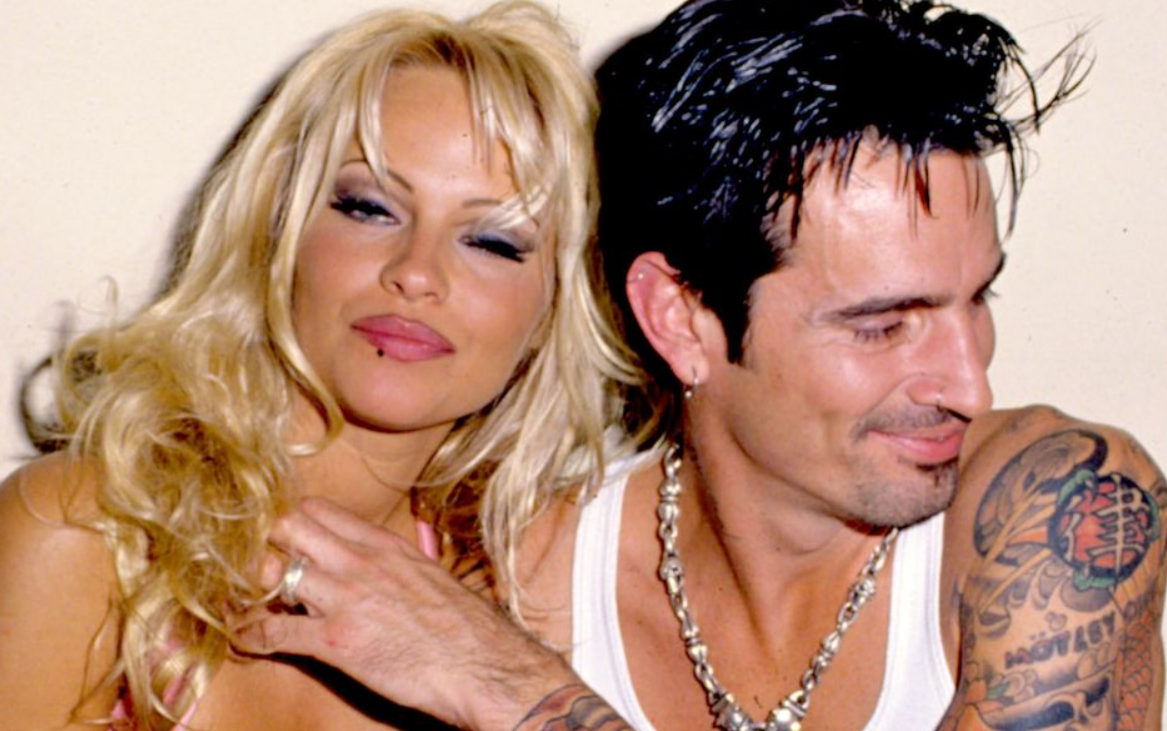 All of this is public knowledge, thanks largely to Pam and Tommy, who have continued to live public lives. In theory, the upcoming miniseries will simply craft a narrative that offers a new interpretation of real-life events that are easily found online. However, these events occurred less than 30 years ago and harmed real people. Pam & Tommy will have to walk a fine line between what it should portray and what it absolutely should not portray in order to justify its own existence as anything other than an offensive exploitation of unfortunate circumstances. Here are some things to avoid while watching the Hulu series.

This may appear obvious, but based on the Pam & Tommy teaser trailer, it is far from certain. If it is necessary to state the obvious, an intimate video of two married adults having sex that was distributed without their permission and to their great distress should not be reenacted for television in any way. Their privacy has already been violated severely, and they do not need to be mocked or commodified by a whole new generation.

Pam and Tommy have already shared the bizarre story surrounding the sex tape’s release in various interviews, memoirs, and statements over the years, making it – to a degree – fair game for public consumption. Former Baywatch star Pamela Anderson, in particular, has stated that she is still unhappy and upset about what happened with the tape, as well as the lack of control and support she received throughout the entire situation. To show respect for the people whose real-life experiences are being used to tell an entertaining story, James and Stan should refrain from explicitly revisiting public footage that was intended to be private on-screen.

Courtney Love has been one of Pam & Tommy’s most vocal critics, calling the show “so f**ing outrageous” in a deleted Facebook post. She stated in her letter that the sex tape “My friend Pamela’s life was destroyed. Utterly,” and that the show would add to her “complex trauma.”” She also wished actress Lily James shame for taking the role. [Image courtesy of Vanity Fair] Despite the fact that Pam has not commented on the series, a source close to her has stated that “Pamela has no intention of watching this God-awful show, not at all,” because it was “one of the most difficult experiences of her life.” It’s pathetic that it’s being dredged up for a TV show.” [Source: The Sun] 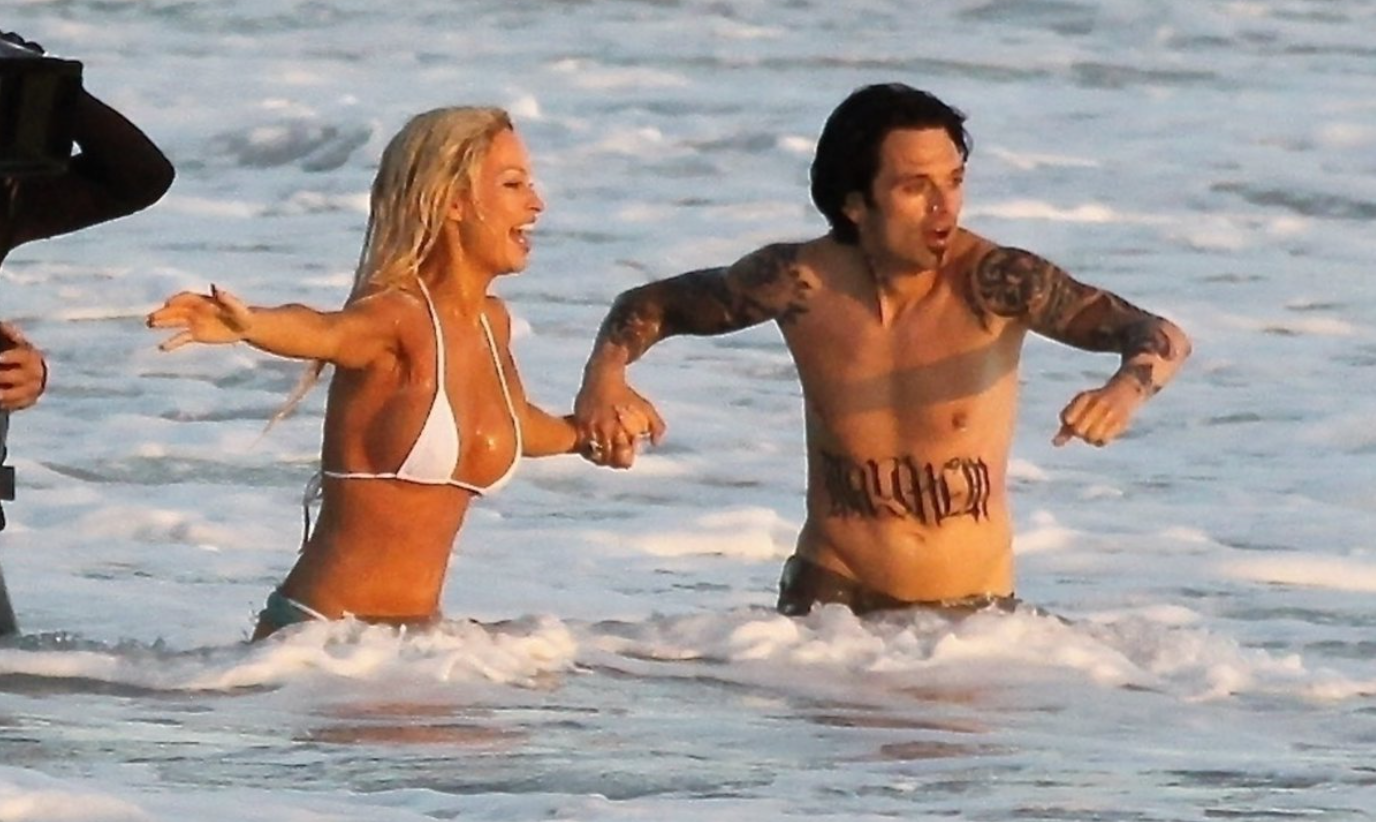 Pam & Tommy will have to work extra hard not to offend Pam any more than they already do by simply existing. The entire experience was undeniably devastating and traumatic for her, and it’s difficult (but not impossible) to believe that the series will do her justice in any way. Even if Pam never watches it, the show has the potential to rewrite the demeaning and objectifying narrative about her that was peddled in the 1990s in the minds of new viewers. On the other hand, it has the potential to use Pam’s trauma for dramatic and entertaining purposes. Worse, the miniseries is billed as a comedy, which may make light of the pain she endured.

The teaser trailer does, however, imply that the show will address the wildly disparate reactions that the sex tape elicited in Pam and Tommy. While Tommy was cemented as a hedonistic rock’n’roll sex god of legend by Machine Gun Kelly in the Mötley Crüe film The Dirt, Pam was shamed, demeaned, and humiliated due to gendered double standards and rampant misogyny. At the very least, the show owes it to Pam, and all the other women like her who have been subjected to toxic, sexist ideas that are still widely prevalent in popular perception today.

Tommy Lee was sentenced to six months in prison in May 1998 after pleading no contest to a felony charge of spousal battery. Pam told reporters outside the courthouse that she was “proud of Tommy” and “happy that he took responsibility for this,” indicating that this was not a private event in the couple’s life. [Image courtesy of AP News] The couple divorced soon after because one of their two young sons was present during the violent incident. It’s important to remember that they had a whirlwind romance as well as an abusive relationship; showing the former without acknowledging the latter would be dishonest. Pam and Tommy must be careful not to romanticize a situation that, with or without the sex tape, was far from healthy.

Tommy, unlike Pam, has expressed approval for Pam and Tommy. When asked recently about the show, Tommy stated that he knows actor Sebastian Stan and that from what he’s told him, it’ll be a “really beautiful story.” [Source: ET] It’s unclear what that means coming from Tommy Lee, but it’s concerning that the abuser in the relationship has given Pam and Tommy the thumbs up while the other has not.

Finally, it remains to be seen whether the series will offer anything meaningful, or if it will rely on crude humor and Hollywood stereotypes. Pam & Tommy, on the other hand, has the potential to change how modern audiences perceive the infamous situation. Ideally, this will be in a positive direction that does not cause any additional harm.