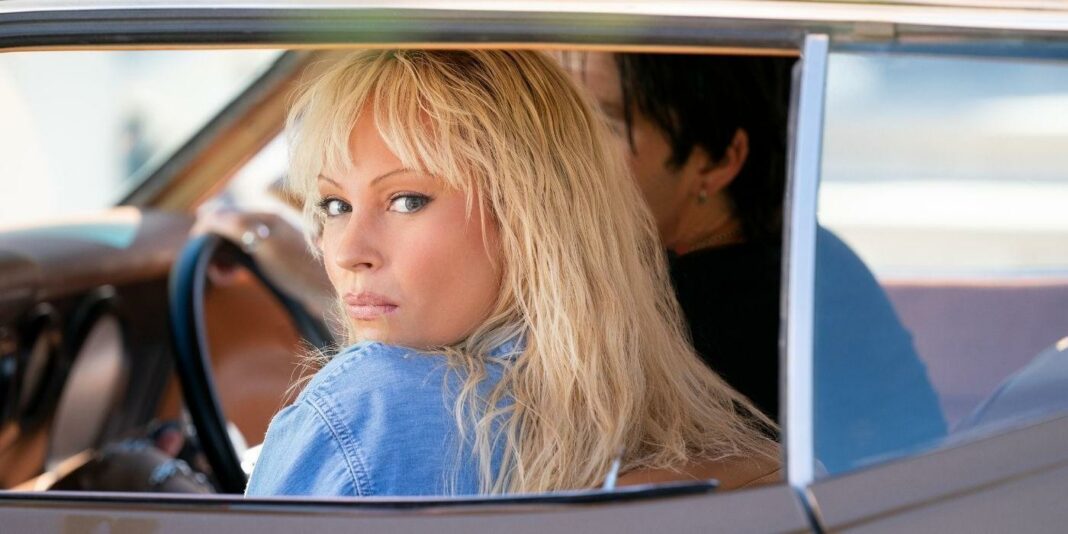 Well, www.PamelasTape.com is up and running, and unscrupulous men in second-tier American cities are writing checks for $59.95 and then addressing envelopes, finding stamps, and walking all the way to the post office because, once upon a time, the internet was more like the ads in the back of the PennySaver, rather than a limitless emporium with free shipping. You had to be hell-bent on getting your hands on whatever it was you were buying. It was necessary for you to combine it with your work.

An anonymous worker in a barber’s back office in Ontario collects the checks and sends the shipping addresses to Rand, who fills the orders from Los Angeles. Rand is in charge of production. On the business side, checks made out to “Shiva Brothers” are deposited in a U.S. account by a taller unidentified guy, who subsequently transfers the funds to Amsterdam to evade IRS investigation. Miltie is in charge of this, and I’d be surprised if Rand knew the account details or even the name of their Dutch bank.

Meanwhile, the Lees are viewing the first stunning photos of their baby via ultrasound, a technology that I find as perplexing as the internet itself. They are overjoyed. Pam gets whole-grain pancakes from Tommy, with added nourishment for the “peanut.” The peanut, of course! He’s ecstatic about this little one. Tommy determines the ultrasound photo requires protection from the craziness of the world, the kind of safety only a mother’s womb or maybe even a big, fireproof, 12-gauge steel safe can provide, which is how Tommy discovers they’ve been burgled. The grainy photo of Pam’s unborn child and her sex tape, both symbols of contrasting styles of gender, have an evocative symmetry at play. She is both the mother and the whore. She’s neither here nor there.

The thievery affects our future parents in many ways. Pam feels betrayed, while Tommy is enraged. For her, it’s a visceral experience. As a result, the Lees employ a high-profile private investigator to do what the LAPD won’t: look into the robbery. Tommy amusingly enumerates his known enemies, including the frontman of almost every prominent heavy metal band, “fucking David Geffen,” Mickey Rourke, Heather Locklear’s new husband, Rolling Stone founder Jann Wenner, and, to Pam’s horror, Uncle Jesse from Full House. It takes Anthony Pellicano (Don Harvey) about five minutes to figure out that Rand took the safe, though along the way Tommy amusedly enumerates his known enemies, including Mr. Pellicano, as Pamela refers to him, tracks down Rand and roughs him up because Mr. Pellicano, who has spent time in prison for wiretapping, unlawful possession of dangerous materials, and racketeering, is “just a private investigator” in the same way that a loan shark is “just a businessman.” He warns Rand to get rid of the recording as soon as possible.

Rand could give up his original copy and even his website, but he couldn’t give up the cassette even if he wanted to. The tape now belongs to the entire world. The official unauthorized Pam and Tommy sex tape may be found on the internet, but $30 bootleg copies can be found in vehicle trunks on Sunset Boulevard. The thief has transformed into the thiefee. Pam’s discovery that the tape is in the public domain is horrifying and embarrassing. She’s walking to set in her characteristic red one-piece when she hears her hubby call her name. She hears herself exclaim how much she loves him a few moments later. A dozen Baywatch crew members have been viewing the tape from less than 30 feet away from her trailer.

She informs Tommy, and the two of them go to a public library to search for the web address printed on the tape in the days before pornblockers. They don’t have internet access at home, and their knowledge of what’s going on leans heavily toward “the files are on the computer.” Pam hunts and pecks the keys to spell out the URL like Max in Hocus Pocus reads the spellbook, completely unaware of what she’s about to conjure. At the oozing speed of the mid-’90s internet, the words load one line at a time: Pamela’s. Sex Video. Hardcore.

Is Tommy irritated? Absolutely. But he still doesn’t grasp it. He turns the situation into a macho revenge fantasy, enlisting the help of his biker buddies to demolish the offices of Rand’s well-known accomplice, Uncle Miltie. Miltie, on the other hand, is used to living on the border of the law. He sends Rand to Inglsey Studios to destroy what’s remained of the evidence — the tapes, labels, and client names — where Rand has another near-miss with Tony Pellicano. He’ll be hiding out at Erica’s by the end of the episode. Miltie, on the other hand, has a more glamorous backup plan in, you guessed it, Amsterdam. He only has a go-bag with him.

Pam’s abdominal ache is most likely nothing more than stress. Tommy brings her to the hospital just to be safe when the worst is confirmed: they’ve lost the baby. By the time Pam is released, the paparazzi had gathered outside, photographing a lady in her newly acquired most vulnerable state. “It’s not like they’re seeing something they haven’t seen before,” the show appears to query, but we already know the answer: “It’s not like they’re seeing anything they haven’t seen before.” If there’s anything they want us to see, it’s that. It’s close to the argument that allows crafting a miniseries that exploits someone else’s sorrow, at the risk of seeming like a navel-gazing scold: It’s fine to repeat a person’s private story if everyone who is listening has already heard it.

At a stoplight, Pam and Tommy are holding hands and crying when a paparazzo comes up alongside them. Pam finally snaps. It’s an embarrassment on top of a disaster. This isn’t an invasion of her privacy; it’s the erasure of her privacy. With that most ’90s of bludgeons, The Club, she smashes the pap’s windshield to bits. She screams her heart out and exhales madly the breath she has been trying so hard to control via meditation. Tommy brings her home in his arms, but she’s just as vulnerable there as she is on a city street. She’s suddenly everywhere, all the time, and she’s well aware of it.

Previous articleSurprisingly Good Game Adaptation Gets “Arcane” Honest Trailer
Next article“Elden Ring” Will Have Extremely Difficult Optional Bosses, According to the Producer